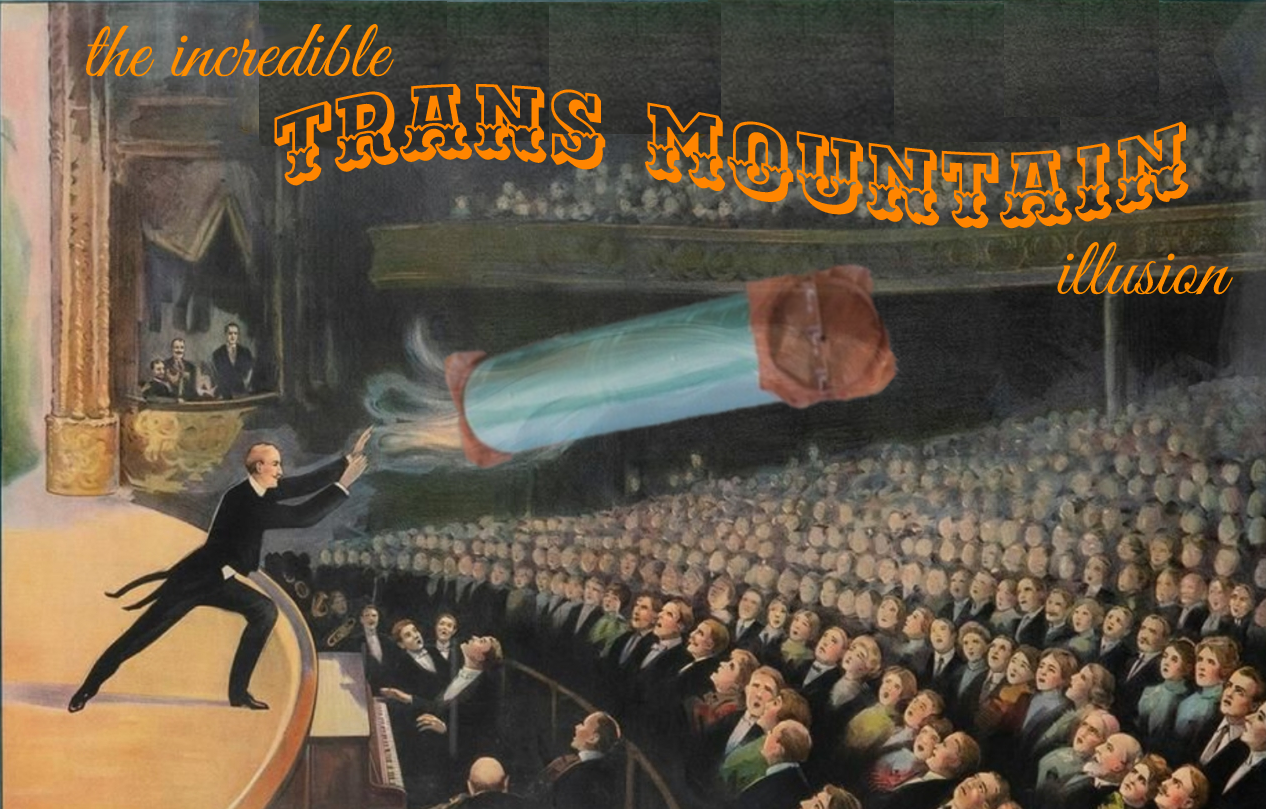 Our work to oppose the Trans Mountain Expansion Project (TMX) is grounded in upholding Indigenous rights, fighting climate change, and preventing the devastating local impacts of an oil spill. Since 2014, we have also focused on analyzing and critiquing the economic arguments presented by Trans Mountain’s owners, Kinder Morgan and the Canadian government, because they are supposed to justify the harms. 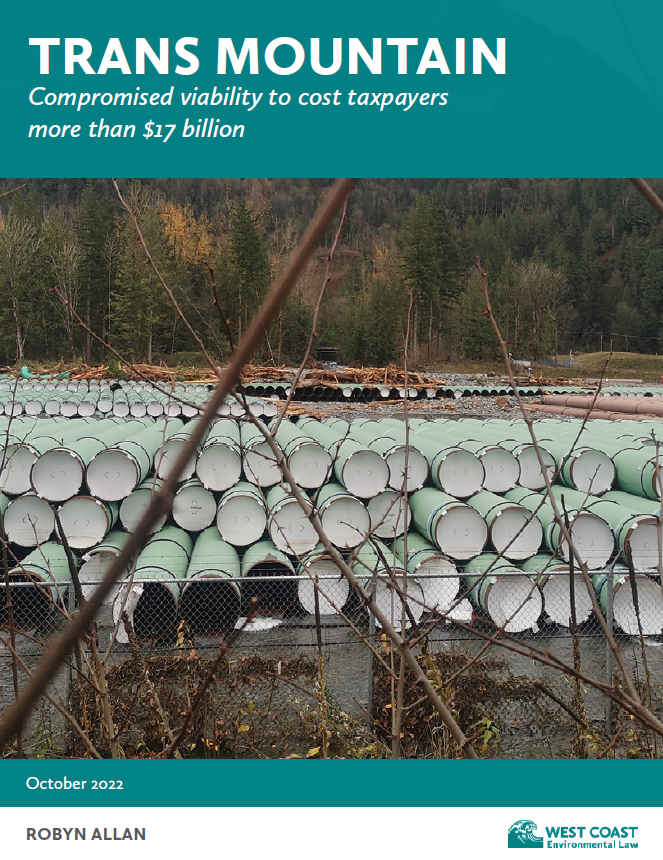 This month, we released a new report that shines a light on just how bad things are.

Way back in 2014, we asked if Trans Mountain was the new Keystone XL, after Kinder Morgan’s proposal suggested that oil spills were “good for the economy.” Later, we traveled to Wall Street and Houston, Texas to meet with Kinder Morgan’s largest institutional investors and to attend Kinder Morgan’s annual meetings to raise questions about the risk and uncertainty that the company was downplaying.

We busted the myth of ‘tidewater access’ increasing oil prices, which pipeline proponents and supporters continue to use today.

In 2017, Kinder Morgan had to raise funds for TMX through an Initial Public Offering (IPO) and lost $1.2 billion in valuation compared to their stated goal, due to the risk and uncertainty facing the project.

In 2018, we asked if TMX was in the national interest or a national liability – as the jurisdictional issues and risks related to the ongoing legal challenges played out and contributed to Kinder Morgan’s decision to abandon Trans Mountain, before Canada bailed out the project.

Since Canada’s purchase in 2018, we have engaged with questions at the Crown Corporation’s annual public meeting, analyzed the impact of construction cost increases, and predicted delays and cost increases that Trans Mountain was unwilling to admit publicly. Most recently, we dove deep into Trans Mountain’s unique toll structure – the pipeline’s Achilles heel.

Unfortunately, since Canada’s purchase of Trans Mountain, reliable and updated financial information has been much harder to come by compared to when it was owned by Kinder Morgan. Our work has therefore focused on the public finance aspects of the pipeline and the shocking lack of transparency and culture of secrecy at Trans Mountain.

In February 2022, Trans Mountain announced a new price tag of $21.4 billion – almost triple the cost when Canada purchased the project in 2018. In response, Finance Minister Chrystia Freeland proclaimed that the government would “spend no more public money on the project” and that “the project remains commercially viable” according to analysis performed by BMO and TD.

This didn’t add up, so we commissioned independent economist Robyn Allan to dig further into Trans Mountain’s publicly available financial records. The result of her work was published in a new report, released earlier this month.

The report’s findings are shocking, even for someone who has been following this saga closely for years. We found that the federal government is using corporate shells and accounting magic to hide Trans Mountain’s losses from Canadians, while creating the illusion of commercial viability with classic sleight of hand.

The report disproves Finance Minister Freeland’s statements above: first, Canadians will continue to loan Trans Mountain $1.2 billion in 2022 and 2023 just to cover the interest that Trans Mountain already owes on its debt. This will bring the debt owed to Canadians to $17 billion.

Second, the report reveals that TD and BMO’s findings of commercial viability require a pay-back period of 100 years – more than double the 40-year period used in most other analysis.

In other words, the oilsands pipeline that was re-approved by a federal government that had declared a climate emergency one day prior, is now presumed to transport heavy oil until 2122. The report notes:

Relying on a 100-year time horizon is professionally irresponsible. It requires heroic assumptions to predict revenues and expenses ten decades into the future. The inability to repay debt owed to Canadians for at least 100 years is implicit in the banks’ cut-off date. Ottawa promoting TD and BMO analysis with a 100-year time horizon indicates it has already decided Trans Mountain cannot, and will not, repay the debt owed to Canadians.

Imagine what kind of house you could afford with a 100-year mortgage.

Between the compromised commercial viability and the unsustainable debt load, the report predicts that Finance Minister Freeland is preparing to write off or forgive $17 billion in debt owed to the Canadian public from Trans Mountain in order to maintain the illusion of viability. It makes you wonder how this isn’t a bigger scandal than the SNC Lavalin or WE Charity affairs.

You can read the full report here.

The economic case for TMX has been in question since the collapse of oil prices in 2015, and we now know that its commercial viability began to erode as the cost surpassed $7.4 billion – right as Kinder Morgan decided to abandon the project.

The regulatory framework implemented by the Canadian Energy Regulator (previously the National Energy Board) is meant to balance the harms with the benefits when making determinations of public interest, which provide the basis for pipeline approvals. In most cases, the only benefits considered by the regulators are economic (which is a problem in and of itself).

This report is critical due diligence for the Canadian public, who have been misled by the federal government about Trans Mountain.

Want to take action? Our friends at Stand.earth and Dogwood have set up easy ways to write to Finance Minister Freeland and Prime Minister Trudeau to come clean and cancel Trans Mountain.