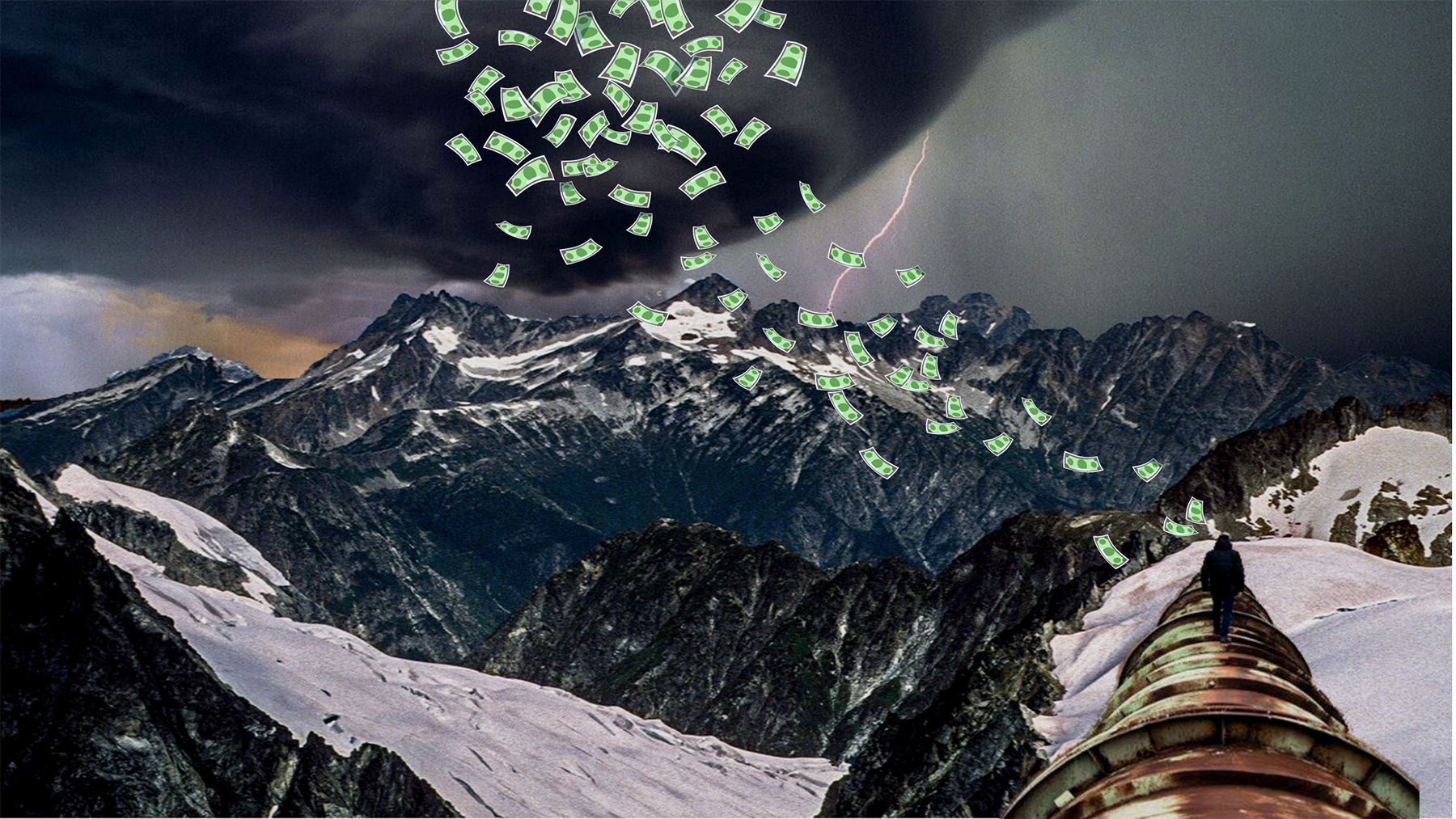 It has been a busy few months in the ongoing Trans Mountain saga.

As the world economy sputtered due to disruptions caused by COVID-19, major changes started to emerge that make it clear that the post-pandemic world will not look like the pre-pandemic world.

Trans Mountain is not immune to these changes. The International Energy Agency (IEA) observed that demand for oil experienced an unprecedented drop due to COVID-19. International oil majors like Shell and BP stated that they do not expect a full recovery.

Indeed, in April, global oil futures traded below $0 and while oil prices have rebounded somewhat, they are still nowhere near the $80 per barrel assumed in Trans Mountain’s economic evidence before the National Energy Board.

Those same oil price assumptions were adopted in a report which informed Canada’s purchase of the Trans Mountain system after Kinder Morgan decided to walk away from the project in 2018. It is worth noting that the author of both Kinder Morgan’s report and Canada’s pre-purchase assessment was the same guy: Neil Earnest of Texas based Oil and Gas consultants Muse Stancil.

While construction inched forward at various points along the route, some challenges have caused further delays. For example, in Secwepemc territory, the drilling under the Thompson River hit a snag and will have to be re-started.

In the meantime, the Canadian Energy Regulator (the CER, formerly the NEB) continues through the specific route hearings (where they can change the final route based on statements of opposition); while also making decisions that will impact the Coldwater Indian Band and Sema:th First Nation.

In addition, the CER has opened a comment period for landowners within 300 m of the Burnaby Terminal regarding Trans Mountain's plans for night work. Landowners will have till December 1 to comment. 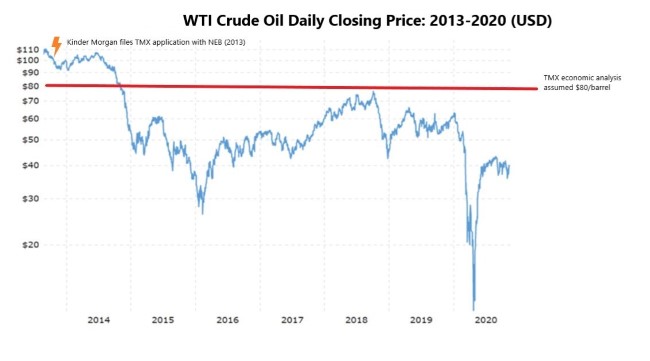 Former Finance Minister Bill Morneau was a central architect of the $4.5 billion Trans Mountain expansion (TMX) bailout in 2018. Morneau stated publicly that he believed that TMX was in Canada’s economic interest, and then proceeded to negotiate a $1 billion overpayment for the Trans Mountain system and expansion, according to analysis by the Parliamentary Budget Office.

Since then, the construction cost of the project has skyrocketed to $12.6 billion (and counting), while court cases have delayed construction. Morneau was frequently criticized for misleading statements and the general lack of transparency related to TMX finances, so when he suddenly resigned from his role in August, Trans Mountain almost immediately became Morneau’s primary (and most costly) legacy.

Major financial institutions continue to flee the oil sands and its related infrastructure, like TMX. In the summer of 2019, major international insurers Talanx, Munich Re, and Zurich all dropped Trans Mountain as a customer. This trend is expected to continue, as the insurance sector – a cornerstone of financial markets – simply cannot afford to deny the climate crisis as they are already paying for it. Former governor of the Bank of Canada, and current United Nations Special Envoy on Climate Action and Finance Mark Carney are attempting to transform the financial sector by providing better tools to assess climate risk.

With these changes to the world and oil markets in mind, and time remaining to save billions of dollars, over 100 economists sent an open letter to Minister Freeland, Prime Minister Trudeau and other cabinet ministers urging them to pause TMX spending and engage in an independent benefit-cost analysis. The letter says:

At the same time that oil markets are weakening, and the private sector is cutting investment, your government is increasing investments in the oil sector by continuing construction of the Trans Mountain Expansion Project (TMX). The cost of the project has more than doubled to $12.6 billion and the tolls approved by the Canadian Energy Regulator have not been adjusted to cover this higher capital cost. The taxpayer will therefore end up subsidizing a large proportion of the cost overruns. Meanwhile, other private sector companies such as Enbridge are completing major pipeline expansions that will meet the future transportation needs of the Canadian oil sector without government subsidies.

Surprisingly, the government has never provided a public cost-benefit analysis of Trans Mountain to justify its investment of taxpayer funds, even though this project is among the largest single public investments that it has made. […] as former Bank of Canada governor Mark Carney and others have warned, continuing to build fossil-fuel capacity in a world transitioning to a low-carbon economy will only create stranded assets that threaten global financial stability.

The lack of an updated and public cost-benefit analysis of TMX means that public dollars are being spent based on out-of-date forecasts and data that have not aged well and are now at risk of becoming a stranded asset.

Fortunately, David Hughes, an expert on energy resources in Canada and the US who worked with the Geological Survey of Canada, published a new report based on updated forecasts from the IEA, the Alberta Energy Regulator, and the Canadian Association of Petroleum Producers. Hughes also considered expansions and optimizations of existing pipelines, as well as Canada’s 2020 emissions report and Alberta’s 2020 Oil Sands Emissions Limit Act, concluding: 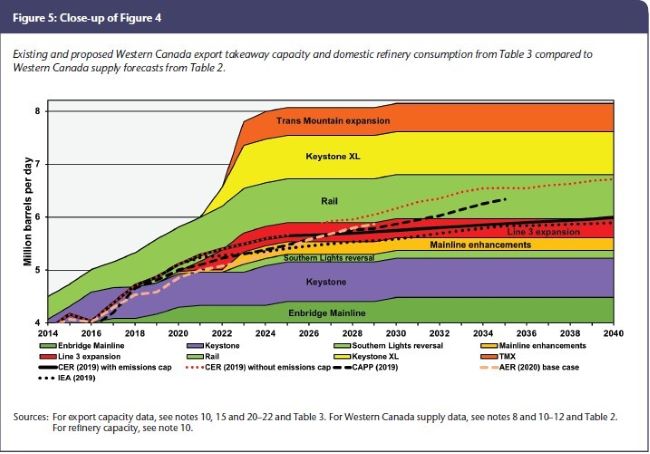 Unsurprisingly, Alberta’s beleaguered Energy War Room did not enjoy the Hughes’ report, and published a rebuttal. David Hughes’ reply can be found here.

As more and more economic experts cast doubt on the need for the project, and with so many competing priorities for government funds during a global pandemic, many are asking – isn’t it time to pull the plug on TMX?

16 fair questions about TMX for the upcoming AGM 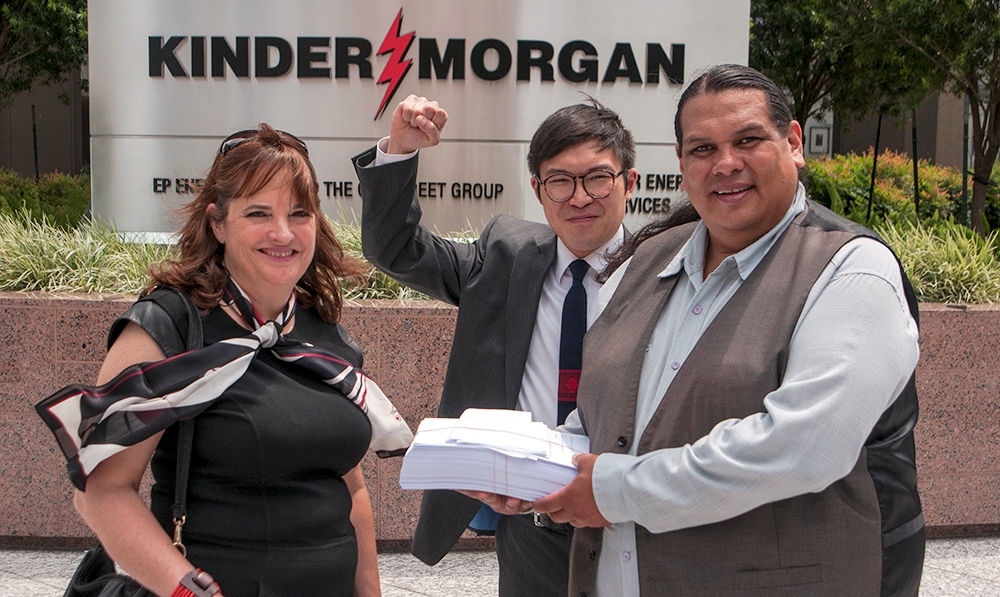 I have travelled to Kinder Morgan’s Annual Meeting on three occasions to speak about TMX. I won’t be sad if I never attend another Kinder Morgan annual meeting in my lifetime. However, I do miss the regular financial updates that Kinder Morgan made available under securities law.

What is astonishing to me is that reliable, up-to-date and credible financial information is less available to the public, now that the Trans Mountain Corporation (TMC) is publicly owned.

TMC is one of several Trans Mountain Crown Corporations housed under the Canadian Development Investment Corporation (CDEV), and CDEV’s interim and annual reports are the only source of public information on Trans Mountain.

When I learned that CDEV’s Annual Public Meeting was coming up on November 17th to be broadcast on its website, I was ready. This is an important opportunity for Canadians to demand answers about how public money is being spent on the project, and about the financial risks we face as taxpayers.

Will Trans Mountain answer these questions? Tune in to the CDEV Annual Public Meeting on November 17th to find out!