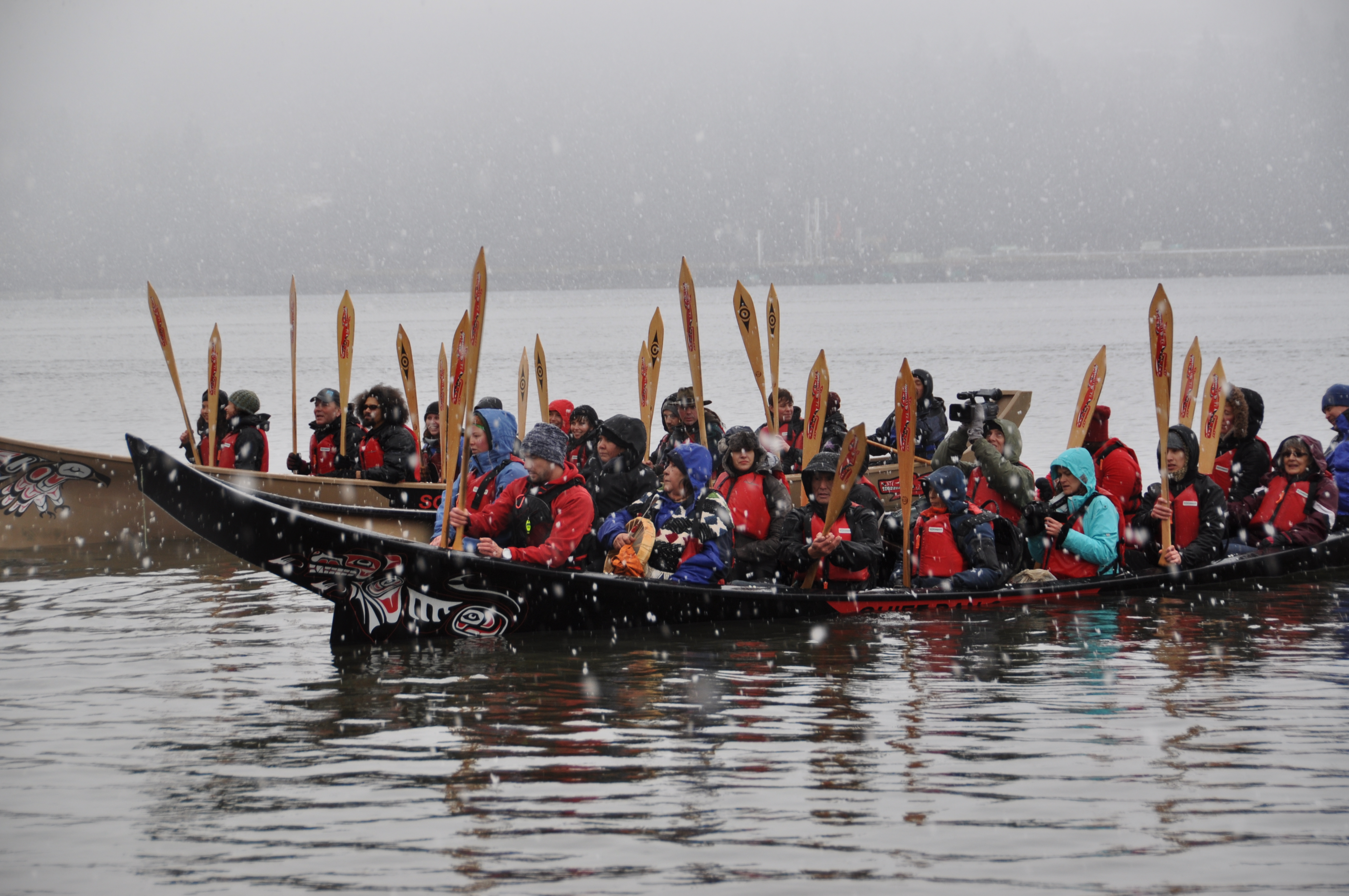 That was the question posed by the investor website seekingalpha.com following Kinder Morgan’s “PR Nightmare” which made international news after Kinder Morgan’s statements about oil spills being good for the economy went viral. In response, Kinder Morgan Canada’s CEO, Ian Black issued the following statement:

Let me be clear: No spill is acceptable to me anywhere, any time, for any reason. Spills are not good for anyone. Period. [emphasis added]

Let us take a moment to revel in a rare moment of absolute agreement with Mr. Black (and hope he follows the statement through to its logical conclusion).

Back in December 2013 when the Kinder Morgan subsidiary Trans Mountain Pipelines filed its application with the National Energy Board (NEB), some could be excused for believing that approval of the expansion project was inevitable. Much has been made of the fact that there is an existing right of way in place for the original 60 year-old pipeline which covers much of the proposed new route (ignoring of course that close to 1,000 kilometres of new pipeline is proposed to be built and the associated sevenfold increase in tar sands tanker traffic). Further, the NEB has already approved a tolling application setting the fees for use of the proposed new pipeline BEFORE it had even been approved. Moreover and importantly, the Federal Government had paved the way for a quick regulatory approval by gutting and replacing the Canadian Environmental Assessment regime with CEAA 2012 in their omnibus bills C-38 and C-45.

Finally, Kinder Morgan did not (yet) have the same level of public awareness and opposition as Enbridge’s maligned Northern Gateway pipeline and tankers project. (Although polling has shown that already over half of the adults living in federal electoral districts along the Kinder Morgan pipeline route are opposed to the proposed Kinder Morgan pipeline and tanker expansion project, and that opposition steadily increases as more people learn about it). It seemed that Kinder Morgan had been quietly learning from Enbridge’s numerous blunders along the way. As a result, we haven’t seen any disappearing Gulf Islands or San Juan Islands so far.

But this project is clearly not inevitable – far from it, and investors are beginning to ask some hard questions. Most recently, the NEB’s review process has been mired with constant and unrelenting criticism, which makes the project’s swift approval far from certain as the numerous legal and financial risks it faces come into sharp focus.

On April 2, 2014, the NEB issued a hearing order which set out the course of their hearing, and started the clock on a 15 month timeline to complete the process. The NEB also announced on that day who would be allowed to participate as intervenors, who could write a letter of comment, and who was excluded from the process. Included among the intervenors are over 60 First Nations, over 20 municipalites and hundreds of landowners and residents.

The problems with the process are abundant. The schedule, according to many, is too compressed and unrealistic to complete a thorough and fulsome review of the evidence. For example, intervenors only had 30 days (later amended to 40) to review the 15,000 page application and ask questions. That’s an average of 375 pages a day just to read the thing.

The hearing order also set out how Kinder Morgan’s evidence would be tested: through two rounds of written questions, called information requests. As many intervenors have pointed out, despite the NEB’s controversial decision that the application was ‘complete,' a lot of important information, including human health impacts and fire and explosion risks has not yet been filed for review. Kinder Morgan has promised to file this information sometime in the summer, but that leaves only one opportunity to ask questions about this important evidence, as the deadline for the first round of information requests has passed.

The timing of the Aboriginal traditional evidence is also problematic as it falls right during the peak fish harvesting season. This puts First Nations in the absurd position of having to choose between speaking about how the Kinder Morgan Project has the potential to destroy their rights and title, or actually exercising those rights, which have sustained their communities since time immemorial. A motion to change these dates is being considered by the NEB, but will not be decide until after First Nations have indicated their intent to provide oral traditional evidence.

There are many other basic fairness problems with the NEB process which has been flooded with motions which point out the numerous deficiencies. Included among these are allegations of bias against the chair of the panel, David Hamilton based on his involvement in previous Kinder Morgan related NEB processes (rejected by the NEB; currently subject to a second motion for review & referral to the Federal Court of Appeal); and a constitutional challenge for limiting freedom of expression through the restrictive application and participation process (no ruling at time of writing).

In addition to the numerous motions already put forward to make the NEB process more inclusive and democratic, the Tsleil-Waututh Nation (TWN) filed a case in the FCA on May 2, 2014. TWN’s traditional territory includes Burrard Inlet (in fact their name translates in English to “people of the inlet”), and the Kinder Morgan pipeline terminus, Tank Farm and Marine Terminal lie in the heart of their traditional territory.

In brief, the TWN case is based on four grounds:

At time of writing, the FCA has not made a decision on whether to grant leave to appeal. The test for granting leave to appeal is whether the appellant (TWN) has an arguable case, which applies to each ground individually.

Should the appeal be successful on any of the grounds above, the NEB could have to go back to the drawing board, effectively derailing the current process and hitting the reset button. The irony, as some commenters have pointed out, is that the Federal Government, in its attempts to speed up regulatory processes, may have actually caused greater delay, risk and uncertainty for these projects by opening them up to legal challenges like the one filed by Tsleil-Waututh Nation.

A note on the duty to consult

The duty to consult and accommodate, in addition to being constitutionally required, is more than just a legal or theoretical exercise. As the Supreme Court of Canada confirmed in Haida Nation v. British Columbia (Minister of Forests),  the duty includes consultation at the highest, strategic levels, including in the design of the process where Aboriginal rights and title are at risk of being significantly impacted: see e.g., Dene Tha' First Nation v. Canada (Minister of Environment).

As the Kinder Morgan pipeline demonstrates, there are real, tangible reasons for doing this. For example, First Nations would have easily identified the incompatible conflict between fish harvesting season and the proposed timing for Elders and traditional knowledge holders to give evidence. They also could have pointed out the unfairness of subjecting Aboriginal evidence to greater scrutiny than that of the proponent, Kinder Morgan – two points that were apparently not evident to the NEB panel members who unilaterally made those decisions.

Instead, we have a project that is now going to be challenged at every turn through multiple legal avenues. No wonder American investors are wondering whether it’s the new KXL.

Even those who support pipelines and tar sands expansion likely agree that the constitutionally required consultation and accommodation of affected First Nations on projects that affect them should be a fundamental first step. If they did, that could bring us to two points of agreement.