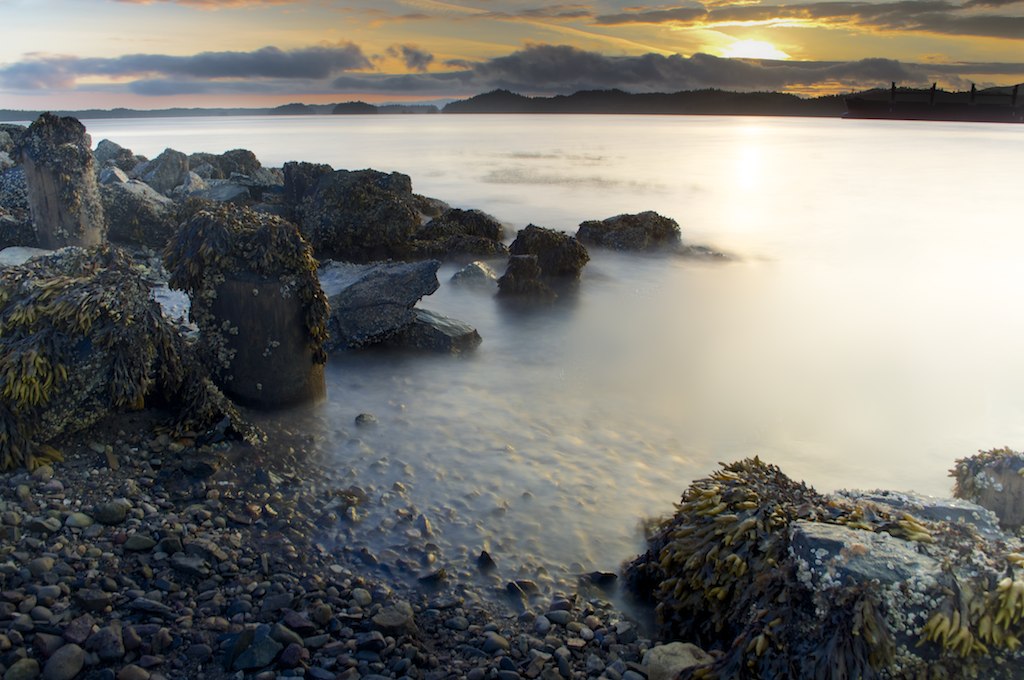 With Election 2021 behind us, the Liberal Party of Canada is now beginning its third term in office with another minority government. The Liberal Party’s election platform, released on September 1, 2021, lays out a number of commitments on ocean protection, co-management with Indigenous nations, aquatic habitat restoration, ocean plastics pollution and – for the first time in the marine sphere – climate-resilience planning.

West Coast has reviewed the party’s ocean commitments in its election platform and assessed how they measure against the work that needs to be done. We identified a few glaring holes, many important and encouraging commitments, and several high-level statements whose effectiveness will depend on the details.

Notably absent is mention of fisheries management or aquaculture – both of which have been top of mind for many, particularly in light of the Pacific salmon fisheries closures and the lobster fishery conflicts on the East Coast. When it comes to fisheries, we emphasize the importance of bringing fisheries management in line with the United Nations Declaration on the Rights of Indigenous Peoples (UNDRIP), respecting Indigenous rights as laid out in our Constitution and directed by the courts, and supporting community-based fisheries. It is a lack of respect for Indigenous fishing rights and governance that has led to the conflicts in BC and on the East Coast.

Also absent from the election platform was mention of standards to address the environmental impacts of shipping, particularly in marine protected areas (MPAs).

One notable change brought about by this election is that Bernadette Jordan, the Minister of Fisheries, Oceans and the Canadian Coast Guard, lost her seat – so we will await a new head of that department.

In 2010, the Harper government committed to conserve 10% of Canada’s marine areas by 2020. This goal was met in 2019, and that year the Trudeau government committed Canada to conserve 25% of its marine and coastal areas by 2025 – working toward 30% by 2030, alongside an international group in the Global Ocean Alliance. This commitment was reiterated in the Liberal Party’s 2021 election platform.

We applaud this commitment, as scientists have noted the need to protect or conserve 30% of the Earth’s lands and waters. However, we must recognize that the quality of protected areas is just as important as quantity.

West Coast has been working since 2016 to establish minimum standards of protection in MPAs (including no dumping or bottom trawling), and to have these implemented into law. Despite commitments to prohibit harmful activities in MPAs, we have yet to see meaningful action on this front, so will continue to push this new government on minimum standards.

Alongside these marine conservation targets, the Liberals’ 2021 platform contains a commitment to establish 10 new national marine conservation areas (NMCAs) in the next five years – doubling the size of the existing system – and to co-manage these areas with Indigenous nations. There are already several examples of co-governance in British Columbia and the Arctic, where responsibility is shared between Indigenous and Crown governments, so ample precedent exists to support ongoing agreements regarding co-governance.

The previous Liberal government announced the development of a network of MPAs in the Northern Shelf Bioregion (also known as the Great Bear Sea), co-led with Indigenous and provincial governments. The MPA Network will likely result in a number of benefits and we are working to ensure that a strong network is implemented in a timely manner. There has already been a positive development on the Central Coast, with the Heiltsuk, Kitasoo/Xai'xais, Nuxalk and Wuikinuxv Nations, Parks Canada and the BC provincial government entering into a process this summer to develop a National Marine Conservation Area Reserve.

With regard to broader biodiversity protection, the platform includes a statement that the government will “[work] to halt and reverse nature loss by 2030 in Canada and [achieve] a full recovery for nature by 2050.” However, it does not expand on this any further.

This is a bold and ambitious goal, one that West Coast supports wholeheartedly. However, it must be fleshed out in significant legislative and policy reforms – and halting the loss of wild spaces and ecosystems doesn’t need to wait until 2030 (when we will have a different Parliament). The current biodiversity crisis demands that we act as soon as possible.

In addition to co-management agreements for the NMCAs mentioned above, the Liberal platform commits to supporting Indigenous nations in setting up Indigenous Protected and Conserved Areas (IPCAs). Indigenous nations are establishing IPCAs, grounded in Indigenous laws, governance and knowledge systems that contribute to fulfilling long-standing responsibilities to their territories and are crucial to fighting the climate and biodiversity crises.

West Coast would like to see secure, long-term funding for nations to establish and manage IPCAs and Indigenous Guardian programs, as well as recognition of Indigenous jurisdiction and authority within protected areas.

Climate change was a top issue for voters this election, and discussed frequently throughout the campaign period. Not surprisingly, the Liberal platform has a focus on climate change mitigation and adaptation (the 89-page document mentions “climate” 81 times). For the first time, it explicitly makes the connection between oceans and climate, and includes a number of climate-related commitments specific to the marine space.

The platform has three statements about marine habitat or species protection, all of which are very high-level:

The devil will be in the details; and notably, all three of these commitments continue with existing initiatives or programs, rather than tackling other unaddressed issues – like the species at risk regime, which has left more than 100 species with overdue recovery strategies.

The platform addresses plastic waste many times, including specifically in the ocean environment. It commits to “expanding” the Ghost Gear Program, which cleans up “ghost gear” (abandoned fishing gear and plastics littering the coast and marine environment). Ghost gear is estimated to make up 10% of global ocean plastic pollution, and a much larger portion of the trash floating on the surface.

The Liberal platform also states the federal government will invest $50 million over the next five years to support community shoreline and ocean plastic cleanup. Though citizen-organized beach cleanups are an inspiring example of community action, government must be doing more.

In that vein, we are encouraged to see that the platform also includes commitments to end plastic waste by 2030, and create a circular economy – thereby starting to reduce the source of the problem of plastics pollution in our ocean. However, 2030 is still far off, and there is no reason this cannot be done sooner. Our colleagues at the University of Victoria Environmental Law Centre have suggested multiple solutions to end plastic waste and build a National Marine Plastics Strategy.

The platform also commits to “build” on the Ocean Plastics Charter, which Canada signed in 2018 and lays the groundwork to ensure plastics are designed for reuse and recycling. The platform says Canada will work with other countries on the development of a new global agreement on plastics.

West Coast is heartened by the focus on oceans in the new government’s platform, and particularly on the government’s renewed commitment to marine conservation targets and supporting Indigenous-led conservation, as well as the new focus on climate resilience.

There are, however, some notable omissions on fisheries management and aquaculture, shipping standards, and the failure to provide tangible legal solutions on the ongoing issue of oceans plastic. We expect Cabinet to be named soon, and mandate letters to be released afterwards – watch out for future updates from West Coast on holding our government to their commitments.