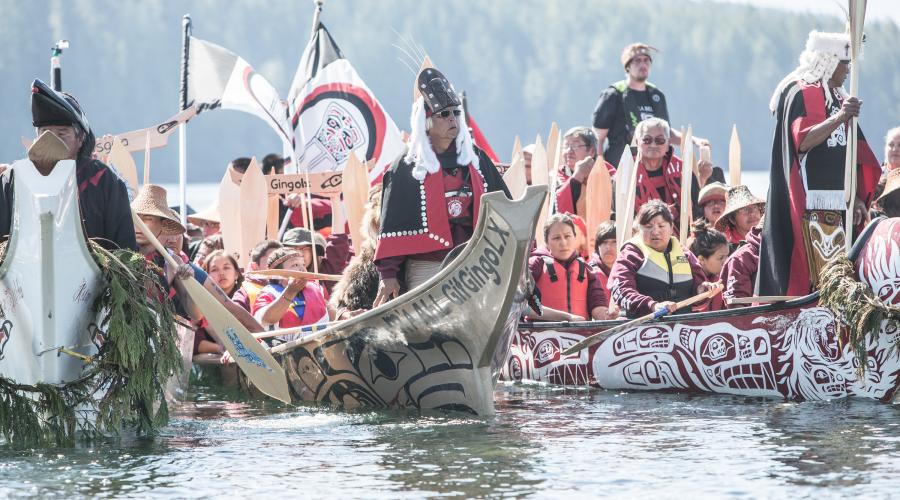 There are several leading examples of co-governed areas in British Columbia (such as the Gwaii Haanas National Marine Conservation Area, or the SGaan Kinghlas-Bowie Seamount Marine Protected Area), and in Arctic marine areas (such as Tallurutiup Imanga, Lancaster Sound National Marine Conservation Area Reserve, and the proposed Pikialasorsuaq, the North Water Polynya).

Right now there is a shift underway toward true co-governance of marine areas in Canada. A 2018 report from the National Advisory Panel on Marine Protected Area Standards recommended that “the government recognize the importance of Indigenous peoples’ roles as full partners in all aspects of design, management, and decision-making around marine protected areas.”

Governance and management measures are being developed that recognize the inherent jurisdiction of Indigenous nations over coastal and ocean areas. These measures will involve greater collaboration between federal, provincial, territorial and Indigenous governments, and take into account the livelihood, health and well-being of communities who depend on the ocean for the livelihood and way of life.