What did 2020 mean for climate change, globally and in BC? | West Coast Environmental Law

News & Events » Environmental Law Alert Blog » What did 2020 mean for climate change, globally and in BC?
Back to top

What did 2020 mean for climate change, globally and in BC? 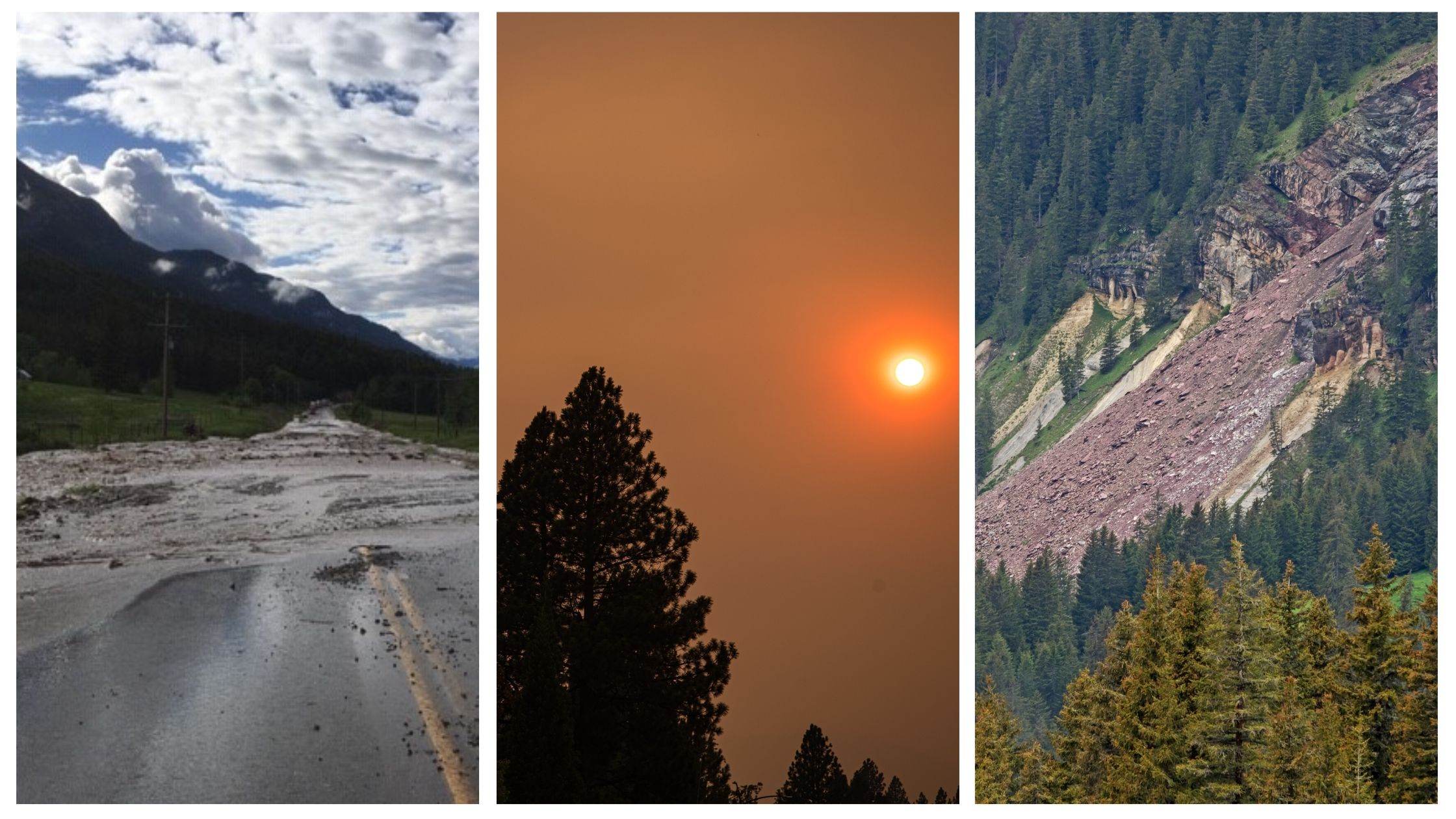 In a year marked by a pandemic, sweeping public health restrictions and major shifts in our everyday lives – as well as more local disasters which give us a taste of what climate change will bring – there are many lessons to be learned.

As we move into 2021, we’re looking back on the past year with a few key climate considerations in mind, including:

Earlier in 2020, when intense lockdowns dramatically slowed our activities, there were hopes that maybe – with businesses closed, cancelled flights, and fewer people driving to work – the reduced carbon emissions could help make a dent in our plans to reduce climate-changing pollution. We know now that these temporary reductions won’t have a lasting impact on our efforts to slow climate change, but how have they affected global emissions and climate-related events in the short-term?

the first lockdown in spring 2020, average daily global emissions decreased by around 17% compared to the previous year’s mean emissions, largely due to a significant decrease in surface transport (like cars, trucks, buses, etc.). A study published in May of 2020, still early in the pandemic, estimated that annual global emissions of CO2 would decrease by 4% to 7% in 2020, depending on the duration and strictness of COVID-19 responses.

While these numbers may seem significant, the reductions experienced in 2020 still only got us down to approximately the level of emissions produced in 2006. With greenhouse gases building up in the atmosphere each year, this 7% drop represents a slowing of the increase in global concentrations, rather than an actual drop in the amount of carbon dioxide and other greenhouse gases in the atmosphere.

To put this into perspective, the long-term impact of global lockdowns has only decreased 2050 temperature projections by a tiny 0.01°C.

While temporary lockdowns will ultimately not have a longer-term impact on the atmosphere and on global heating because they do not signify structural and systemic changes, what will make a huge difference is how countries choose to recover from the pandemic. A report from the United Nations Environment Programme (UNEP) states that a green economic recovery after the COVID-19 pandemic could have a considerable impact on greenhouse gas emissions.

For example, almost half the decrease in emissions during the pandemic was from the surface transport sector, including an increase in active transport. Certain cities around the world are creating more space for cyclists and pedestrians so that safe, emission-free individual transport can be a viable choice both during the pandemic, and in the future. Thoughtful initiatives like these, as well as community-specific adaptation measures, create resiliency and can help people prepare for the future.

Here in BC, the Province is struggling to deliver on its climate promises, and its emissions are well above past emissions targets. Emissions have been continuing to rise.

However, with the Province’s CleanBC climate plan kicking in, the government is hopeful that the COVID-19 drop in emissions might help us bend the curve on the province’s emissions. Projections found in the government’s recent climate change accountability report anticipate that the COVID pandemic will result in a modest drop in BC’s GHG emissions for 2020, followed by a slight rise or plateauing in 2021 and then further reductions in 2022. Reason to hope?

How were British Columbians affected by climate change in 2020?

In British Columbia, 2020 was a year with extraordinarily smoky skies, heavy rains, flooding and landslides. While detailed climate modelling is required to link these particular local effects to climate change (and that has not been done), such extreme weather events act as local reminders of the types of impacts we can expect from climate change. They can also show how important government action is, and how swiftly we need to act to meet provincial, national and international targets for greenhouse gas reductions.

BC’s wildfire season started later than usual in 2020. By mid-June, there were just under half as many fires burning than the province-wide average over the past 10 years by that date. A cooler spring with regular rainfall was one of the main reasons for a slower fire season, along with a ban on open fires that was put into place early in the year.

Despite the slow start, fire hazard conditions can change in a matter of days or weeks. By mid-August, the fire season had picked up following an extended period of hot, dry weather accompanied by lightning strikes.

More than 600 wildfires occurred in 2020, burning more than 15,000 hectares of land. While the total area burnt in BC was a lot less in 2020 than in previous years, many British Columbians nevertheless experienced the effects of widespread forest fires as smoke from one of the worst fire seasons ever in western America reached Canada.

In September, parts of southern BC had some of the poorest air quality in the world. Particulate matter concentrations were over 100 micrograms (µg) per cubic metre, when the acceptable limit for the province is under 25 µg/m3. Poor air quality poses a very high health risk and health officials recommended that windows be kept closed and outdoor exercise was to be avoided.

The smoke that forced people indoors and coloured the skies in BC a sombre grey was mainly from a fire season like no other in Washington, Oregon and California. Washington experienced more discrete fires in 2020 than in any previously recorded year, 11 people were killed in Oregon as over 400,000 hectares burned, and a staggering 4% of California’s total land area or nearly 1.7 million hectares had burned by the end of the year.

In addition to the smoke and severe air quality issues, 2020 brought flooding and landslides to many parts of BC. Early in the spring, extremely heavy rainfall led to floods in the Cowichan and Fraser Valleys where local states of emergency were declared. Homes were evacuated and roads washed out, and the flooding was said to be the worst in 15 years. Cache Creek and Ashcroft also experienced the first major flooding in nearly 30 years, and some residents were put on evacuation notice as the Bonaparte River swelled in the spring.

The summer brought more heavy rain and many rivers swelled to their full capacity, and more roads were washed out across the province. On Hallowe’en, a dramatic landslide occurred in Williams Lake after days of heavy rain, while earlier in the year that area had been under a state of emergency due to flooding and erosion in rivers such as the Chilako.

In late November, an enormous landslide carried approximately 7.7 million cubic metres of debris from a steep mountainside to Bute Inlet on the central coast. Researchers cite glacial retreat as a possible cause of the instability of the mountain slope that gave way, but are still looking into the actual trigger of the landslide. Luckily no communities were in the path of the landslide, but the losses to salmon habitat and forests are distressing.

Over the past century, average temperatures across BC have risen by 1.1°C in the summer, and nearly double that in the winter. With rising temperatures come increased frequency of climate change impacts of which forest fires, flooding and landslides are only three examples.

Preparing BC for what’s to come

Globally, 2020 is tied with 2016 as the hottest year on record. Notably, 2016 was an El Niño year (which are typically warmer than non-El Niño years), while 2020 was not. The past six years are the hottest six years on record, a worrying trend that is expected to continue.

With warming expected to continue, floods, landslides and erosion will become more common in BC’s future, along with forest fires.

The climate crisis is establishing prime conditions for bigger and more frequent fires in BC and in the western states. Warmer air can hold more water vapour than cooler air and acts as a sponge, drawing up moisture from plants, soils and bodies of water like lakes and rivers. This leads to parched landscapes, more forest fire fuel and potential drought.

But dry conditions aren’t the only thing the province has to worry about. Most landslides in BC are caused by heavy rainfall. The province is already experiencing more precipitation in certain regions, and climate projections say that the wettest seasons will get wetter, with more storms and extreme events on the horizon. Glacial retreat caused by climate change can also lead to unstable slopes, and potentially large landslides in mountainous areas.

The increased likelihood of extreme weather events goes hand-in-hand with global heating. Canada’s post-COVID-19 economic recovery plan needs to include measures both for keeping us on track to meet emissions reductions, as well as investments in climate change adaptation. If we focus on a strong green pandemic recovery plan, we could have the capacity to create a resilient and sustainable future for all Canadians.