A strategic assessment, a climate test, and the spaces in between: who is left holding the SACC? 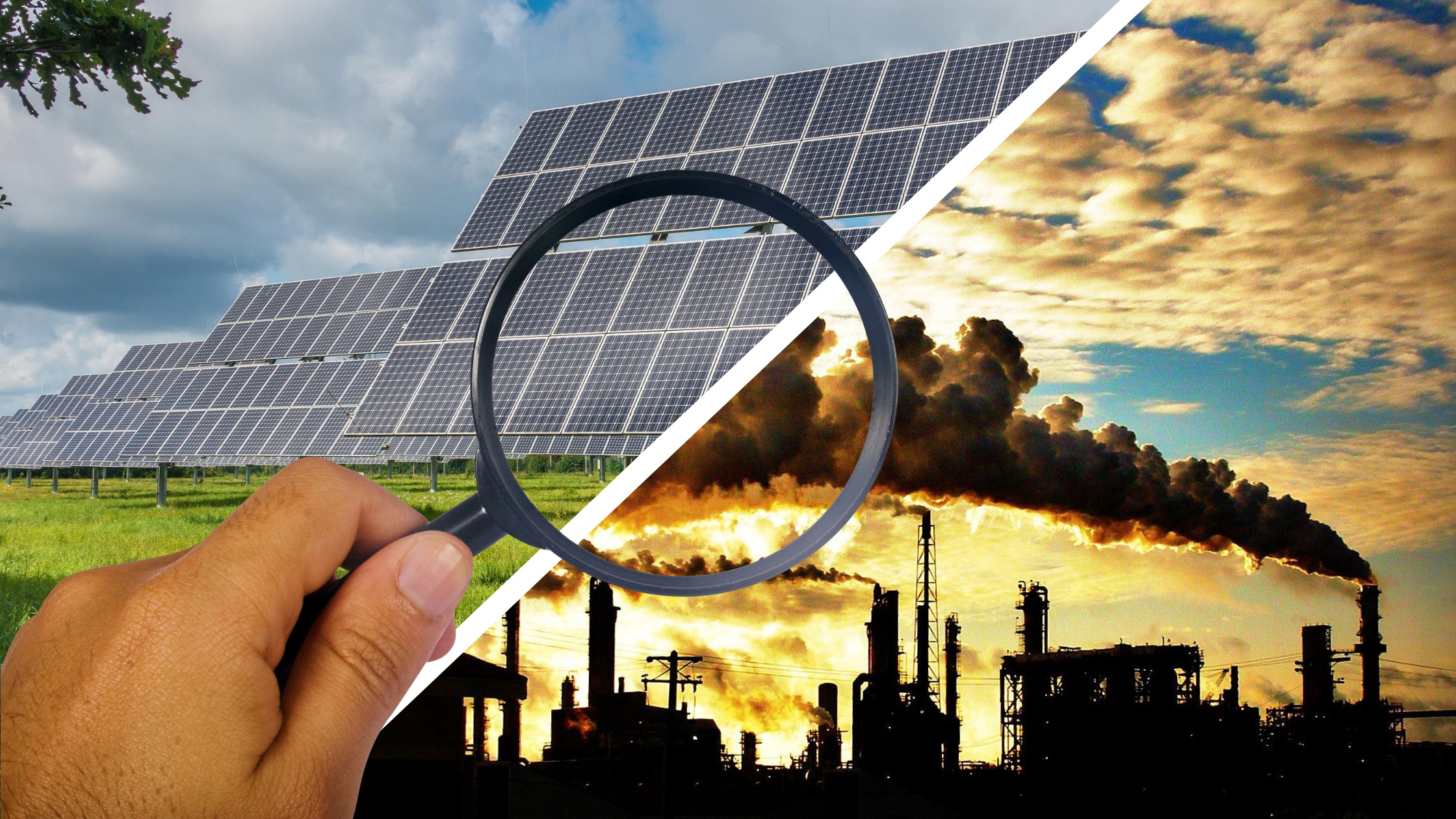 Why is Canada’s final Strategic Assessment of Climate Change (SACC) like a self-help book? They both contain helpful information, but at the end of the day, there’s no guarantee that they’ll influence real-life decisions.

When Environment and Climate Change Canada released its final SACC in July, we learned that despite its name, the SACC does not actually involve a strategic assessment of climate change. Rather, the SACC was a somewhat transparent process of developing federal guidance on what climate information will be required in impact assessments.

As we have written, a strategic assessment of climate change should have created a climate test – rules for assessing whether a project is consistent with Canada’s national and international climate commitments. Unfortunately, the current SACC leaves major gaps in the framework for reviewing projects’ climate impacts.

Dave Wright of the University of Calgary does a great job outlining the specific climate information that the SACC says will be addressed in impact assessments in this blog.

Here, we focus on what an effective climate test for GHG-intensive projects would look like, what parts of that test are addressed in the SACC and other federal policy, and what more should be done to fill in the gaps so that project-level decision making aligns with much-needed greenhouse gas (GHG) emissions reductions in Canada.

What is a climate test, and why does Canada need one?

Arguably, one of the most important features of the federal Impact Assessment Act (IAA) that came into force in August 2019 is the requirement to consider whether a project helps or hinders Canada’s ability to meet its environmental and climate change obligations and commitments. Previous assessment laws had increasingly considered climate change, but neither consistently nor well.

Under the Canadian Environmental Assessment Act and Canadian Environmental Assessment Act, 2012, projects were assessed for whether they would result in significant adverse environmental effects (often, but not always, including climate), and if so, whether those effects were justified. In the environmental assessment of the Teck Frontier tar sands mine, which would have emitted over 4 megatonnes of carbon dioxide equivalent per year, the review panel noted that the emissions were “large” and that the project may make it more difficult for Canada to reach its GHG reduction targets. However, it did not determine the significance of the project’s emissions (as it did for other effects), and stated that reviewing federal and provincial policies and programs to meet those targets was outside of the assessment’s scope.

As we stated in our 2018 blog at the launch of the SACC, while Canada has set an (inadequate) emissions-reductions target for 2030 and has committed to being net carbon neutral by no later than 2050, it lacks tools for determining whether a project aligns with federal GHG reduction goals. As a result, it is difficult for decision-makers to evaluate whether an emissions-intense project with a long lifespan is consistent with national mid- and long-term targets.

For example, take a new liquefied natural gas facility such as LNG Canada, which, if fully built out, would add another 8,600,000 tonnes of GHGs (just over 1% of national emissions) to the atmosphere when built – rising to 9,600,000 tonnes by 2050. Does increasing Canada’s emissions by over 1% per year hurt our ability to reach our reductions targets? What about in 2050, when Canada’s emissions should be net zero?

This allocation of our carbon budget would mean that different sectors, such as transportation and buildings, will have an even greater burden of decarbonizing. Will Canada’s targets even be achievable? Is there a point at which a project proponent (and the public) should expect the government to reject a project as inconsistent with the country’s climate commitments?

The shift from simply determining the significance of a project’s climate impacts to determining the extent to which it helps or hinders Canada’s ability to meet its GHG reductions commitments and targets is welcome. However, assessment authorities and decision-makers will continue to struggle to make accurate or defensible conclusions without specific guidance for how to consider emissions from individual projects.

What makes a good climate test?

As we wrote in our submissions on a 2018 discussion paper on the SACC, Canada needs incremental (e.g., five-year) subnational and sectoral carbon budgets – which lay out the amount of carbon dioxide each region or sector can release without exceeding our collective GHG reduction targets. More recently we released, along with our allies, recommendations on climate accountability legislation that would establish those budgets.

As part of a climate test, individual projects should be compared against those carbon budgets to determine whether they are consistent with necessary decarbonisation and will not take up an unfair share.

We also need a climate test that assesses projects’ stated economic and other benefits under the assumption that Canada and other signatories to the Paris Agreement will succeed in meeting their commitments.

Currently, oil and gas proponents’ claims about why their projects are necessary, how long they will last, and what benefits they will bring to Canadians are based on assumptions that the world continues in its fossil fuel addiction decades into the future. Essentially, they assume that global climate commitments will fail. Instead, impact assessments must evaluate whether a project is necessary, how long it is likely to last, and what benefits will flow from it based on Paris-compliant future scenarios.

In short, there are two critical components to a climate test:

How does the SACC measure up?

The SACC largely fails to propose a climate test; it instead outlines the climate information that will be required in impact assessments under the Impact Assessment Act (and, in some cases, in regulatory reviews under the Canadian Energy Regulator Act (CERA)). For the most part, it does not include guidance on how assessments under the IAA or CERA will actually evaluate whether a project will help or hinder Canada’s ability to meet its climate obligations or goals.

However, the SAAC does require key pieces of information to be put before the decision-maker, which could help in assessing the impact of the project on climate change – particularly if the federal or provincial governments establish more detailed carbon budgets or targets or other climate laws and policies.

Here are a few things that are now required under the SACC:

Finally, the SACC states that downstream emissions (e.g., from fossil fuel refining and use) will not be assessed, and upstream emissions (such as from extraction and production, for pipelines) will only be assessed if they are above defined thresholds. These thresholds will be eventually reduced along prescribed timelines, starting at 500,000 tonnes of CO2eq/yr in 2020 and decreasing to 100,000 tonnes of CO2eq/yr in 2050 and beyond.

Impact Assessment Agency guidance that contributes to a climate test

As a policy document, the Practitioner’s Guide does not have teeth. However, it does indicate how the Agency and review panels will analyse the impacts of a project on Canada’s climate obligations.

Most notably, the Practitioner’s Guide states that consideration of whether a project helps or hinders Canada’s ability to meet its climate obligations “should be carried out through considering the domestic instruments developed in response to those obligations and commitments (e.g., legislation, regulation, policy, target, plan, framework), as applicable.”

While Canada does not currently have interim targets beyond the 2030 target, the federal government has committed to introducing net-zero legislation, which may provide for subnational or sectoral budgets, which would then be “domestic instruments developed in response” to climate change and could be considered in impact assessments.

Are the necessary elements of a climate test met?

The SACC and the IAA Practitioner’s Guide do require information to be put before a decision-maker which may help them evaluate the impact of the project on climate change. If further federal interim, sectoral or subnational carbon budgets/targets are developed, these will be considered.

However, these policy tools remain high-level, and more detail is needed on how projects will be compared against existing carbon budgets or targets. For example, if a project will take up 10% of a sector’s emissions budget in 2030, is that an unfair piece of the pie? Will proponents be able to rely on future – and therefore untested – technologies in their net-zero plans?

A climate test must ensure that projects are only approved with conditions (and, for post-2050, net-zero plans) that actually make them consistent with Canada’s GHG reduction commitments. The federal government’s election promise to enact climate accountability (i.e., net-zero) legislation will be critical to helping develop this guidance.

In addition, downstream emissions, and upstream emissions below defined thresholds, will not be included in analyses, meaning that assessments could potentially be missing significant impacts associated with a project.

Will reviews assess the need for and purpose of a project – and its potential economic benefits or risks – against a scenario that assumes a Paris-compliant world?

Further, it must also be noted that policies can’t stop decision-makers from exercising the discretion granted to them under legislation. The ultimate decision under the IAA is whether a project’s federal effects are in the public interest, in light of other information such as the extent to which the project will help or hinder Canada’s ability to meet its climate commitments. Federal policies and guidance cannot impose a binding climate test on cabinet ministers, given that the legislation intends for decisions to be much more discretionary.

What it can do, however, and what it partially does now, is outline the analyses and conclusions that the Agency and review panels must give to decision-makers, who must then base their decisions on impact assessment reports and certain enumerated factors (including climate).

Because the IAA requires the Minister of Environment and Climate Change to provide detailed reasons for decisions, a climate test based in guidance can provide much greater political accountability on decision-makers, who will have to demonstrate that projects are consistent with climate action if they expect their decisions to be credible.

The SACC falls short of establishing a climate test, or even a basic framework for determining whether a project helps or hinders Canada’s ability to meet its climate goals. However, combined with the Impact Assessment Agency of Canada guidance, it forms a key informational foundation for an effective climate test. The usefulness of climate determinations under Canada’s Impact Assessment Act will depend on more – as yet missing – pieces of the puzzle, which will hopefully fall into place in the near future.

In particular, those pieces include:

The SACC acknowledges that further technical guidance, including on net-zero plans, will be published within the next year or so. A climate accountability bill has not yet been tabled, but we are hopeful that such legislation remains a federal priority.

We can only hope that these outstanding elements of a climate test materialize soon, as Canada – and the world – cannot afford more missed climate targets.