Respecting and Taking Care of our Ocean Relatives: The Creation of the Haíɫzaqv Nation Oceans Act | West Coast Environmental Law

News & Events » Environmental Law Alert Blog » Respecting and Taking Care of our Ocean Relatives: The Creation of the Haíɫzaqv Nation Oceans Act
Back to top

Respecting and Taking Care of our Ocean Relatives: The Creation of the Haíɫzaqv Nation Oceans Act 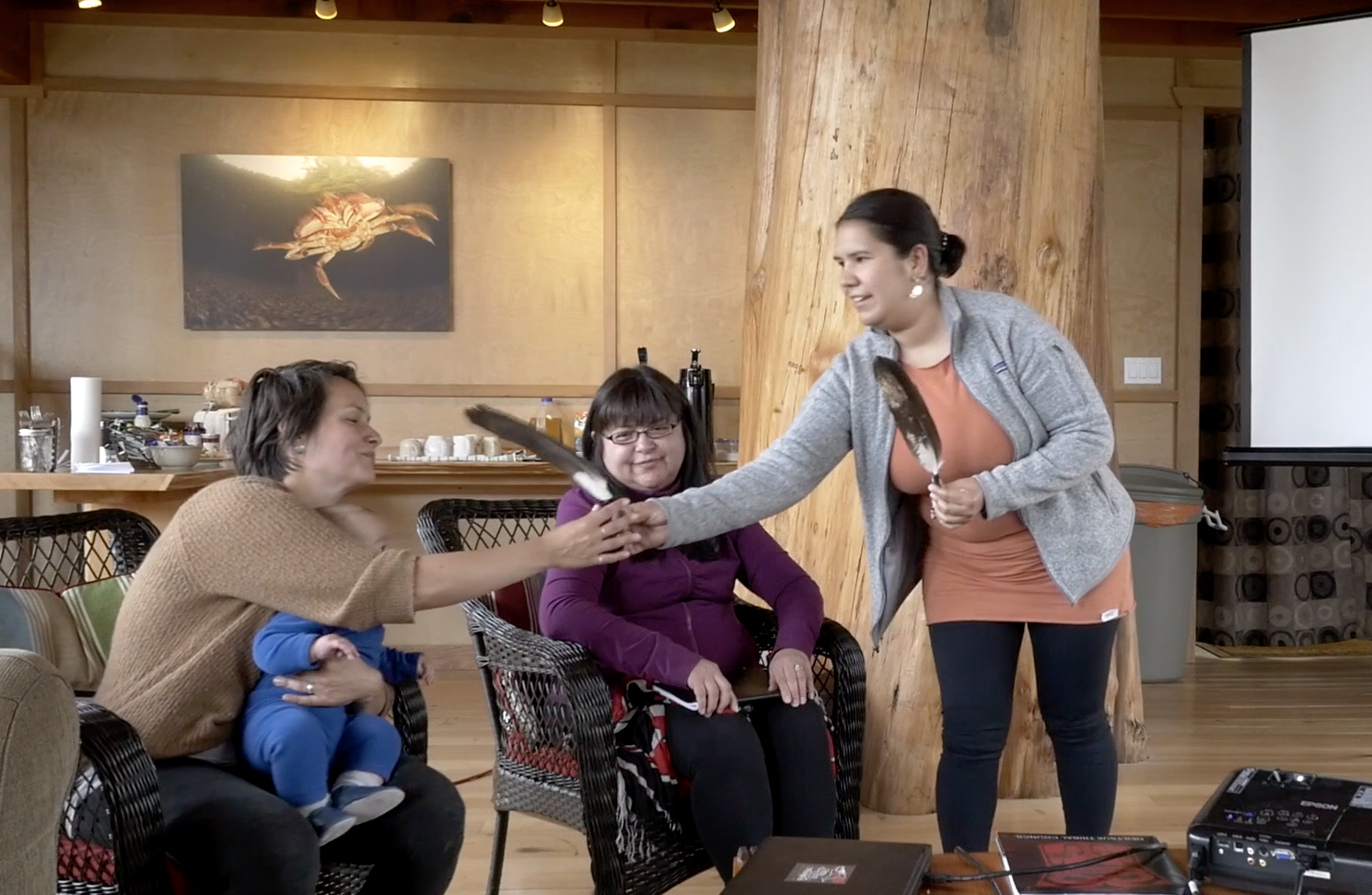 For over 14,000 years, the Haíɫzaqv (Heiltsuk) Nation has thrived on the abundance of the lands and waters in what is now known as the central coast of British Columbia. More than half of Haíɫzaqv territory is ocean – they are an ocean people, and for generations they have lived in a reciprocal relationship with the ocean, air, land and other beings in their territory.

Despite ongoing colonialism and the imposition of the Canadian legal system over Haíɫzaqv peoples and territories, Haíɫzaqv laws have not disappeared. The spirit of denial of the Canadian state has never deterred the Haíɫzaqv people from exercising their laws through the potlatch system and other various mechanisms. Haíɫzaqv have fought hard to nurture their laws and reconstitute their legal system since this spirit of denial has been in their territory.

In 2017, the Haíɫzaqv began working on a RELAW (Revitalizing Indigenous Law for Land, Air and Water) project to create legislation that will be enacted under the forthcoming Haíɫzaqv Constitution. Given the importance of the ocean in Haíɫzaqv society, leadership identified the need to have an Oceans Act rooted in their own ğvi̓las (laws).

The RELAW project is a unique co-learning and legal support program aimed at revitalizing and applying Indigenous laws to address today’s environmental challenges. Together with community-based team members hired by Indigenous partners, West Coast Environmental Law staff research stories to distill legal principles and facilitate community dialogue about how these principles should be applied to solve environmental problems and guide decision-making. Drawing on the legal principles identified, nations can develop written codes, policies or plans for implementation and enforcement.

RELAW is one part of Haíɫzaqv’s long history of exercising their laws and asserting them when necessary. The Haíɫzaqv RELAW team spent a year intensively learning about and working with the Haíɫzaqv ğvi̓las, meeting with Haíɫzaqv citizens along the coast from Bella Bella to Vancouver to discuss how the ğvi̓las guides them in respecting and taking care of their ocean relatives. Hundreds of Haíɫzaqv people participated in community engagement sessions – including elders, matriarchs, chiefs, youth and children.

The Haíɫzaqv RELAW process enabled community members to reconnect and engage with the Indigenous laws of their ancestors and to determine how these laws can be applied to address threats to Haíɫzaqv marine territories today.

The Haíɫzaqv Oceans Act will be the first piece of legislation to flow from the Haíɫzaqv Constitution, and according to the Haíɫzaqv RELAW team, there is much more work to be done. As RELAW Researcher and Facilitator Desiree Lawson put it, “It’s just the first step.”

Read more about some of our RELAW partners: