Marine protected areas are an “insurance policy” in turbulent times 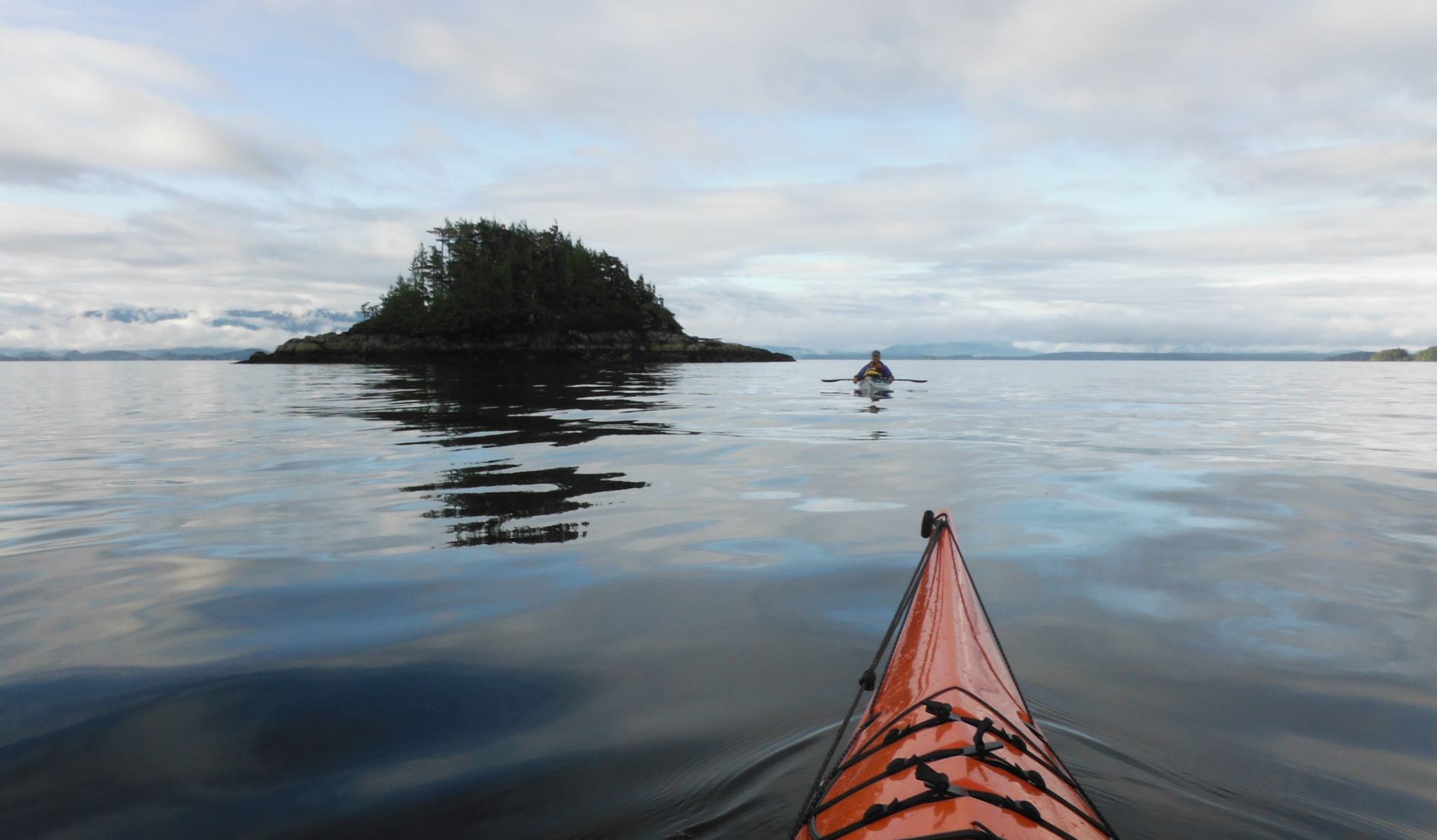 As we live with increasingly frequent and severe impacts from climate change, it is important that we think about protecting ecosystems to buffer against climate impacts, and safeguarding nature to ensure that it continues to support human economies. In the marine realm, marine protected areas provide a host of benefits, including supporting species at risk, like orcas; revitalizing fisheries that have been suffering for decades; and supporting maritime tourism by increasing the number of visitors and livelihood opportunities.

What are the benefits of MPAs and MPA networks?

MPAs are management tools that have the potential to provide numerous ecological, social, economic, research and cultural benefits. However, implementing MPAs can be challenging due to real or perceived negative impacts to some groups, and particularly the fishing sector. Encouragingly, studies have found that the benefits are significantly higher than estimated costs.

The ability of an MPA to provide the listed benefits also depends on how well it is planned and managed. A 2014 study found that the benefits of MPAs increase dramatically with five features:

Networks of MPAs link and amplify the benefits of individual MPAs. They function like a corridor of wild spaces on land – connecting habitat for migratory and wide-ranging species. Notably, networks strengthen two of the five features of well-implemented MPAs listed above: the MPA’s size and the presence of continuous habitat allowing unconstrained movement of fish.

Below, we share five potential benefits that MPAs can provide to humans and ecosystems.

MPAs can provide many benefits relating to the climate and biodiversity crises, including protecting features that sequester blue carbon, and ensuring fish and other marine species are healthier and better able to respond to the harmful impacts of climate change.

MPAs protect access to and quality of marine species’ habitat, including key areas for feeding, wintering and resting, as well as migratory routes. They increase marine species’ resilience in the face of threats from shipping and other marine industry, as well as pollution. MPAs can act as refuges or safe havens to these animals, including by reducing underwater noise and the risk of vessel strikes and entanglement in fishing gear (keeping these parts of the ocean “stress-free”).

We have written before about MPAs protecting marine mammal habitat. Though we have had positive news recently about southern resident killer whales and transient orcas returning to the Salish Sea, these keystone species are in peril and we must support them in any way we can – establishing well-planned MPAs is one way to do so.

Fisheries may be displaced initially, but will benefit over time by spillover effect

While the initial implementation of MPAs can cause negative impacts to fisheries (closed areas or reduced access to fishing and loss of revenue), over time, MPAs have been shown to enhance fisheries productivity. This is through the ”spillover” of larvae and adult fish from MPAs into unprotected areas, and increasing the numbers of fish and the size of fish. These benefits will be discussed in further detail in a subsequent blog post.

MPAs are opportunities for Indigenous and Crown governments to collaboratively govern. One example of co-governance of an MPA is the SGaan Kinghlas-Bowie Seamount MPA, which is an ancient underwater volcano located 180 kilometres offshore of Haida Gwaii. The Haida Nation and the government of Canada signed a co-governance agreement in 2007, and in 2008 the area was designated as an MPA under the Oceans Act. The MPA is managed by a Board that comprises equal numbers of members from each government and seeks to make decisions by consensus. Planning for the MPA is based on the guiding principles of Haida law, including respect and interconnectedness. Indigenous nations will also have a lead role in governing the Great Bear Sea MPA network.

In addition to co-governance opportunities, MPAs can protect culturally important areas and species. For example, the Great Bear Sea MPA Network could protect yelloweye rockfish, which is a culturally-important species to coastal First Nations – and which Indigenous fishers from the Kitasoo/Xai'xais, Heiltsuk, Nuxalk, and Wuikinuxv First Nations of the Central Coast have been observing decline in recent decades.

MPAs are important in providing a reference point for studying how species and ecosystems are affected by human activities (e.g. commercial or recreational fishing, shipping, or oil and gas activities), or other impacts like climate change. MPAs act as a “reference area,” in which less human interference occurs, so researchers can compare the effects outside and inside the MPA.

Though not recognized as MPAs under Canadian law, in 2014 Indigenous nations in the Central Coast Indigenous Resource Alliance responded to a decline in Dungeness crab stocks by protecting selected areas and developing an experiment to examine fishery effects on crab populations. They conducted a study to compare crabs in open sites to areas that they had closed to harvesting – which acted as the control groups to measure the effect of harvest pressure. The closed areas were particularly important for food, social, and ceremonial (FSC) fisheries.

The nations used Indigenous knowledge to select both open and closed sites. The results from the study showed that the closures significantly benefited the crab population: both the body size and the numbers of Dungeness crab increased at the closed sites. Meanwhile, at the open sites, the size and population of crabs decreased. This suggests that where commercial fishing occurs, decline in numbers and body size of Dungeness crab results – and was only possible due to the closures ordered and enforced under Indigenous law.

Marine protection can also benefit longer-term research. For example, California implemented a state-wide network of MPAs between 2004 and 2012, and since then monitoring these MPAs has been a primary focus of their management. Long-term monitoring of populations and habitats inside and outside of MPAs has shown that some species are already responding to protection, and are increasing in size and abundance. In this way, researchers and managers of MPAs can work to adapt management of MPAs, and inform the design and management of other protected areas.

Another way that MPAs provide important benefits to local communities is by increasing the quantity and quality of tourism, and specifically ecotourism, to an area. Increased tourism generates revenue, including to the transportation, tour operator, entertainment, restaurant and retail sectors. And ecotourism in particular produces even more localized revenue than other forms of tourism. It therefore leads to employment and can provide an “alternative income source” to fishing.

In the Saguenay St. Lawrence Marine Park (Quebec), which protects key habitat for beluga whales and other marine mammals, whale watching operators obtain permits and training, and are committed to responsible whale watching practices. This allows visitors to continue to experience the MPA while supporting education as well as the MPA’s protection goals.

Great Bear Rainforest (GBR) spans 6.4 million hectares on the north and central coast of BC, and is subject to the 2016 Great Bear Rainforest Agreement that protects 85% of the forest. GBR is home to much Indigenous tourism. For example, in Klemtu, BC – in the heart of the GBR – lies Spirit Bear Lodge. Lodge is owned and operated by the Kitasoo/Xai’xais Nation. It offers access to wildlife viewing areas and cultural sites within the Kitasoo Xai'xais traditional territory, as well as accommodation. The Lodge employs 35 people in a community of only 300 and has had a positive impact on the community through a variety of conservation initiatives.

Invest in MPAs to realize these benefits

Realizing these benefits within MPAs depends on several factors, including: the goals of each individual MPA, investment in implementation, and in monitoring over time to track responses of various aspects (e.g. tourism, fisheries, habitats and fish populations). While there remain research challenges – especially in the context of the benefits to local communities – there is also plenty of research and success stories in other jurisdictions that provide models to work from and reason for optimism.

Investing in MPAs makes economic sense: a 2015 study commissioned by World Wide Fund for Nature found that expanding and effectively managing MPAs can result in benefits worth up to 20 times the cost of implementation.

With the constant reminders that the climate and biodiversity crises are at our door, now – more than ever – we need protected areas as a refuge and “insurance policy” for species affected by these crises, as well as to revive struggling fisheries and revitalize coastal communities.

Canada is almost halfway to its commitment of protecting 30% of the ocean by 2030. The MPA Network in the Great Bear Sea is a unique opportunity to set a precedent for MPAs and MPA networks in Canada and globally; we want to ensure that it is strong and prioritized by our new government. Look out for more news on how to get involved in the Great Bear Sea MPA network’s consultation process in the months to come, including by signing up for West Coast’s Legal e-Brief and Law Aquatic newsletters.