5 reasons BC needs a law to protect the coast 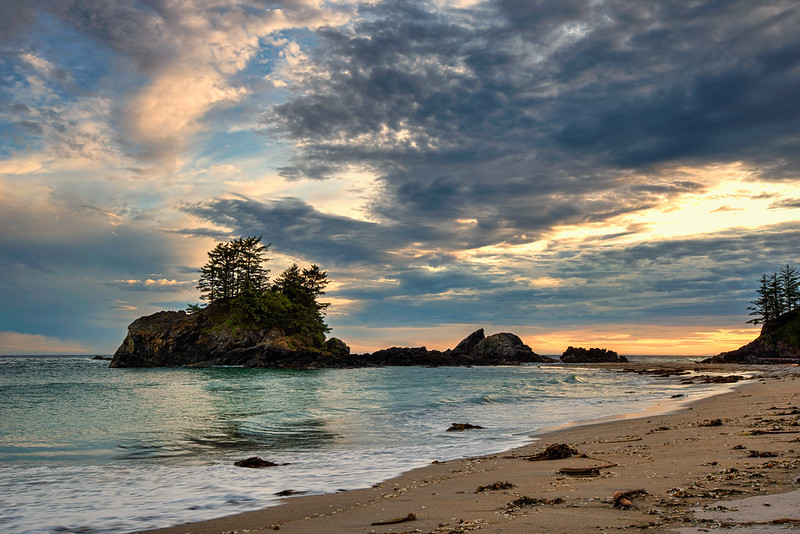 Who is minding the coast in BC? You might be surprised to learn there are some big gaps – protecting shoreline habitat, working with Indigenous governments to legally implement marine planning , managing the cumulative effects of tenures for docks, utilities, log handling, shellfish aquaculture, and a range of other commercial uses…it all adds up to vulnerability for BC coastlines and the communities that depend on them.

Another problem area is the effect of climate change on the coasts, which we wrote about recently, following the release of the expert report on the global state of oceans and coasts.

Despite its extensive responsibilities and the sheer importance of the coast and ocean to all who live here, the provincial government has no coordinated coastal strategy to guide regulation and policy. That is why we have launched a campaign with our partners at the Canadian Parks and Wilderness Society (CPAWS BC) – Caring for our Coast

We’re calling for the creation of a new provincial coastal strategy and accompanying BC Coastal Protection Act, to be co-developed with Indigenous governments and coordinated with federal and local governments, as all orders of government share jurisdiction.

A new Act could address many issues, but here are a few important reasons why these innovations matter for BC’s coast.

Five key reasons to establish a BC Coastal Protection Act

1. Implementing the UN Declaration on the Rights of Indigenous Peoples (UNDRIP) and upholding Indigenous laws

Often the province develops legislation and policy without proper Indigenous involvement. A solution is to co-develop a BC Coastal Protection Act jointly with First Nations in BC. The new BC Environmental Assessment Act is an example that shows how this process can work.

With both the federal and provincial governments having constitutional responsibility over BC’s coast, First Nations having inherent jurisdiction, and local governments having an active role, there’s a big risk of governments working at cross purposes or blaming each other for failing to address problems. The BC coastal and marine environment needs more effective decision-making at the regional level, to get the different orders of government talking together. A new law can fill that gap.

One positive example is the government-to-government decision-making body established to address aquaculture in the Broughton Archipelago. Composed of the ‘Namgis, Kwikwasut’inuxw/Haxwa’mis and Mamalilikulla First Nations and three provincial Ministries, this body reached agreement to protect and restore wild salmon stocks. Their recommendations included establishing a farm-free migration corridor in the Broughton, allowing an orderly transition plan for the 17 salmon farms in the Broughton area, and plans for creating employment and other opportunities for local communities and workers. Two fish farm operators in the region, Mowi Canada West (formerly Marine Harvest Canada) and Cermaq Canada, also agreed to the plan. The federal Minister of Fisheries commended the work of the body.

At present, the role of most First Nations in coastal management is not formally recognized by the BC government. A Coastal Protection Act could allow co-governance through the establishment of a new provincial Coastal Commission, for example. Alternatively, regional co-governance bodies can be created, following examples such as the Haida Gwaii Management Council and Archipelago Management Board. Both bodies exercise decision-making responsibilities in tandem with the provincial and federal governments, respectively.

There also needs to be a link between more strategic level management and planning, and action on the ground. An Act can set out a process for co-developing coastal and marine objectives that can then be administered by all orders of government within their spheres of authority. A well-known example of this is found in the California Coastal Act and Commission.

Foreshore habitat continues to be lost in BC as a result of development (with estimates of 50 – 90% losses of coastal wetlands in major estuaries since records started being kept). A new Act can create provincial regulation or policy to prohibit or prevent coastal habitat loss and better protect the foreshore by coordinating with coastal flood management activities, and supporting nature-based measures to deal with coastal flooding.

Currently BC lags behind other jurisdictions: this past spring Nova Scotia passed a Coastal Protection Act, and down the Pacific coast Washington, Oregon and California all have coastal protection laws.

The State of Washington is currently using regulation and incentives to reduce overall rates of shoreline hardening. A recent report from the Environmental Law Centre at the University of Victoria takes an in-depth look at Washington’s law and how it works to protect forage fish habitat, and how a new Act in BC might replicate this approach.

No comparable regulatory tool or policy exists in BC. And as a result, shoreline habitats, such as the beaches that forage fish and other species rely on, may be lost. A number of local governments have adopted Green ShoresTM policies that need provincial legislative support to be fully implemented.

A provincial Coastal Protection Act can also restrict building on the sensitive foreshore by developing requirements for coastal setbacks. The BC Riparian Areas Regulation does not apply in marine areas, and local governments that try to require setbacks and prohibit building seawalls have been challenged in court as lacking adequate jurisdiction as this court case shows. (The Islands Trust is appealing the decision)

4. Requiring binding and enforceable marine plans, and a new system of marine tenures

The province is at the forefront of best practice in marine spatial plans (MSP). The ecosystem-based Marine Planning Partnership (MaPP) plans developed for the central and north coasts, co-developed with Indigenous governments, are a cause for celebration. Older coastal plans such as this one developed for the Johnston-Bute coastal area also show provincial leadership.

Yet all these plans are voluntary, carry no consequences for non-compliance, and do not address the cumulative effects of tenure approvals. Without legislative backing and oversight, these plans risk being ignored.

The Minister of Agriculture's Advisory Council on Finfish Aquaculture emphasized that after expending so much time and energy to reach aquaculture siting decisions, there is a need to “identify and apply appropriate B.C. regulatory tools to reinforce the direction provided on net-pen finfish aquaculture siting and tenure management in existing, approved marine spatial plans developed and approved by B.C and First Nations.”

The solution here is clear: a Coastal Protection Act can make marine plans legally binding and enforceable. Legislation often provides that plans are binding, such as the Mackenzie Valley Natural Resource Management Act, and the Ontario Far North Act.

5. Protecting and restoring the health of the marine environment

A legal order or regulation in a new BC Act can establish management objectives for marine use designations and zones, just as the BC Land Act enables land use objectives and the BC Water Sustainability Act enables water objectives. The province could work with the federal government, as Fisheries and Oceans Canada may create marine environmental quality guidelines under the federal Oceans Act. To date, no such guidelines have been issued.

Protecting the health of the marine environment also means addressing the impacts of climate change on the coast. In BC, local governments are the primary managers of the current and anticipated impacts of sea level rise. They have responsibility for most coastal dikes as well as development in coastal areas.

The provincial government has provided guidance about the rate of sea level rise. While the Ministry of the Environment and Climate Change Strategy provides overall information about climate impacts, there is no clear framework for implementing mitigation measures.

From a governance and flood risk management perspective, the connection between provincial and local governments is made through the Flood Hazard Area Land Use Management Guidelines, which are developed as policy to support the implementation of the Local Government Act. A coastal protection law can establish a legal pathway for implementing flood management measures that work with nature, and help preserve coastal habitat.

Tell us what you think!

We’d like to hear from you about what coastal problems the government can tackle and how a new law and strategy can help. Please reply in the comments section below and fuel our campaign with examples of gaps in our coastal and marine protection laws that could be filled by a new law.