MaPPing a New Ocean Future for BC 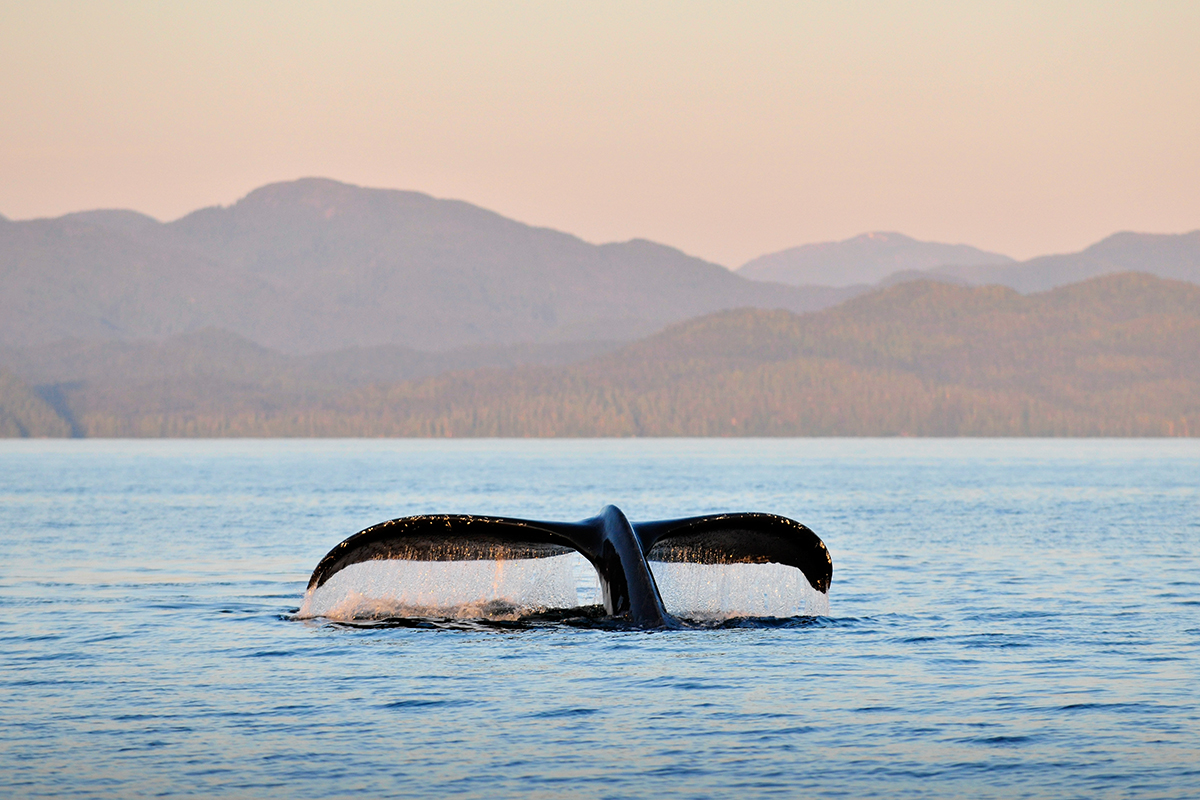 Amid all the ocean stories dominating the headlines last week, like the Lax Kw'alaams First Nation’s decision to turn down a billion  dollar offer from an LNG proponent whose liquefied natural gas (LNG) plant is  located in a hotspot of salmon biodiversity where they traditionally fish, to the court decision on aquaculture, to news of  historic clam gardens used by  Coastal First Nations,  you may have missed the announcement of the Marine Planning Partnership (MaPP), which would be too bad. MaPP is a good news story that should have far reaching consequences for BC’s Pacific Ocean and coastal communities.

In a nutshell (or should that be clam-shell): a process co-lead by the Province of BC and 18 First Nations (and originally the federal government), MaPP worked hard over the past three years to develop world-leading marine management plans that cover a vast area, comparable in size to Iceland, and stretching from the northern tip of Vancouver Island to the Alaska border.  Marine spatial plans (MSP) are a rapidly growing phenomenon around the world, and though not many know it, BC is at the forefront of best practice in MSP.

The MaPP process is unique and precedent-setting, and should help ensure that our northern Pacific coast is managed sustainably.  It is unique in terms of the area covered, the process used, and the results achieved.

The area is unique. It’s home to 11,000-year-old continually inhabited sites, some of Canada’s oldest villages. It’s where First Nations have achieved new recognition for Aboriginal rights through court cases, negotiations and groundbreaking laws like the Haida Gwaii Reconciliation Act which sets up a joint First Nations-Province of BC system to decide key issues , such as determining the annual allowable cut of trees on the islands of Haida Gwaii.

The economy of coastal Indigenous peoples is first and foremost a marine economy: “Our culture is totally dependent on our food, you know, our gifts from the sea,” Chief Ernie Hill of the Gitga’at testified at the Enbridge Joint Review Panel hearings. Seafood has a deep cultural and social value in this region:  participation in the commercial fishing industry is viewed as a great ‘connector’,linking people to each other, their communities, the ocean, and to their place in the world.

MaPP plans are designed to promote sustainable fisheries, and have strategies to increase the benefits to local coastal communities that depend on these resources. The plans bring home  the cash value of the bounty of the sea.  British Columbia:

Capture fisheries are the fourth largest primary industry in British Columbia after forestry, mining and agriculture.

And then there’s the ecosystem on which all this human activity depends.  Thousand-year-old globally unique glass sponge reefs are located offshore; recovering populations of humpbacks, orcas and fin whales congregate in rich and quiet feeding grounds; the sea is connected to the Great Bear Rainforest, one of the largest intact coastal temperate rainforests, as well as large wild and free-flowing rivers like the Skeena and the Nass; and abundant streams feed estuaries that are nurseries for all five species of Pacific salmon. In turn, bears, wolves, birds and trees are all nourished by the salmon. It’s a superlative and spectacular area.

The process was unique. Still rare but destined to become more common was the unique co-leadership of the MaPP plans by 18 First Nations and the Province.  In the post-Tsilqotin decision era, MaPP shows how these two orders of government can plan for the future for the ocean, the world’s last uncharted territory.  MaPP fits into and builds on a hierarchy of plans, from local plans developed by individual Nations to four plans for the ecological region known as the Northern Shelf Bioregion.

The process divided the huge area into four sub-regions which enhanced the level of detail, incorporation of local knowledge, and site-specific allocation of marine space.

The process was steeped in science. Planning participants used sophisticated GIS and data visualization tools like Sea Sketch which compiled hundreds of layers of data to arrive at zones and boundaries.

MaPP was a deep and rich process, building on years of effort by scientists who collaborated on the BC Marine Conservation Atlas;  and by individual First Nations who produced  studies like the   Haida Marine Traditional Knowledge Study and Haida Gwaii Marine Market Sector Analysis.

Marine Advisory Committees composed of individuals from a variety of backgrounds met regularly throughout the three years to vet the plans, and were a key to local buy-in.

And best of all, the results are unique. The plans are innovative. They are explicit spatial plans that allocate marine space and define compatible uses and incompatible uses for each of the three zones: protection management, general management and special management.

The plans contain management directions for a wide range of marine uses and activities under provincial jurisdiction like monitoring and enforcement, pollution, tenured activities such as docks, log storage areas and floating lodges, traditional and cultural resources, tourism and recreation, and the marine fisheries economy.

The plans reflect First Nations laws, values and traditions. To take one example, the Haida MaPP plan lists six Haida values and translates them to an English/Western equivalent. The Haida ethic of Yahguudang or Yakguudang is equated to Respect: “Respect for each other and all living things is rooted in our culture. We take only what we need, we give thanks, and we acknowledge those who behave accordingly.”

Like the Great Bear Rainforest Agreement, the new marine plans apply ecosystem-based management (EBM), which experts say is critical for coastal and marine resource management. EBM differs from sector-based resource management by developing management strategies for entire ecosystems, of which it treats humans as an integral part. EBM’s goal is to maintain an ecosystem in a healthy, productive and resilient condition so that it can provide the goods and services humans want and need.

The plans don’t shy away from controversy.  Each plan lists areas of disagreement between the province and First Nations, such as:

Nonetheless, each plan addresses those issues that the community values. For example, the North Coast plan treats cumulative effects as a priority issue, and seeks ways to improve upon the current methods of assessment. This is understandable considering the intensive development pressure faced in the area from Liquefied Natural Gas, port development and expansion, and oil export proposals.

The plans have been signed. To make a difference in the water, they now need to be fully implemented, preferably through binding legal obligations. It’s troubling to see new marine applications that appear to ignore the MaPP zones, which could be avoided by legalizing the plans.  Provincial aquatic tenures will need to take the plans into account; the boundaries of existing provincial Conservancies should be expanded to include marine areas, while new legislation could play a role in mandating marine planning throughout BC.

One important tool in implementing MaPP plans should be Marine Protected Areas – a legal designation that encompasses a number of areas under different Acts. While  MaPP’s protection zones don’t by themselves designate MPAs, particularly since the federal government declined to participate in MaPP at the end of the day, the zones are intended to “make important contributions to the Marine Protection Area (MPA) network planning process for the Northern Shelf,”  and  should accelerate formal ocean protection in Canada’s Pacific, by putting forward candidate sites for the Canada-BC Marine Protected Area Network Strategy based on MaPP’s identified zoned sites that embody First Nations , community, ecological, and cultural values .

Using MaPP’s work should speed up the sea slug-slow pace of marine protection – which can take a decade or more to complete, according to the Commissioner of the Environment and Sustainable Development’s 2012 audit:

During the 20 years since Canada ratified the United Nations Convention on Biological Diversity, 10 federal MPAs have been established by Fisheries and Oceans Canada and Parks Canada as part of their marine protected area programs.Fisheries and Oceans Canada and Parks Canada have not planned, established, and managed a network of marine protected areas (MPAs) in accordance with their legislative mandates and policies and good practices in order to conserve and protect Canada’s marine biodiversity and fulfill Canada’s international targets under the Convention on Biological Diversity. As a consequence, Canada’s marine biodiversity remains at risk. By extension, the prosperity of many coastal communities in Canada with marine-based economies also remains threatened.

Should a future government choose to integrate its plans and re-engage with MaPP, both MPAs and other legal tools could be implemented very quickly so that Canada can meet its obligations under the Convention on Biological Diversity  to protect at least 10 per cent of coastal and marine areas.

West Coast Environmental Law is of the view that the MaPP plans could be bolstered by a new law that creates binding obligations and timelines for action, and requires marine planning for the entire BC coast.

Our neighbours have created binding laws for marine plans.  For example, Oregon’s Ocean Resources Management Act mandated a plan for the state Territorial Sea, which has legal effect and must be followed by state agencies.

A map for the future

MaPP is indeed a map for the future:  as ocean pressures from pollution, industrial development proposals and climate change multiply, and conflicts erupt, comprehensive ecosystem-based plans are a lighthouse of hope in the unsettled seas.

Most British Columbians live close to the water’s edge, and the vast Pacific Ocean is at the centre of the province’s future. Conflicts are growing over megaprojects and other developments, fishing and aquaculture, oil tankers and protected areas. Jobs are leaking away from coastal communities. More marine species are at risk than ever before as climate change and ocean acidification threaten to alter ecosystems. Predicted rises in sea levels will put property and infrastructure at risk. “Somebody has to start looking after our coasts,” said the Premier after the toxic spill in English Bay. She’s right, and MaPP is an auspicious start.