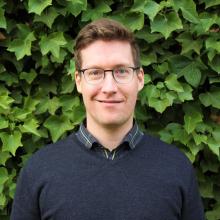 Michael (he/him/his) is honoured to be a member of the Marine team at WCEL helping to protect ocean spaces. He sees sustainable land and ocean use planning as a fundamental aspect of social justice.

Michael grew up in a Franco-Ontarian household in landlocked Ottawa before completing a Bachelor of Arts at McGill University.  He spent his summers during university planting trees in the clearcuts of British Columbia, an experience that opened his eyes to the beauty of this land and its waters, but also highlighted the impacts of industry on them. He went on to study law at the University of Victoria where he developed a keen interest in Aboriginal and environmental law and completed a co-op term at the environmental non-profit law firm Ecojustice.

When not practising law, Michael can often be found rock climbing (or playing chess if it is raining).