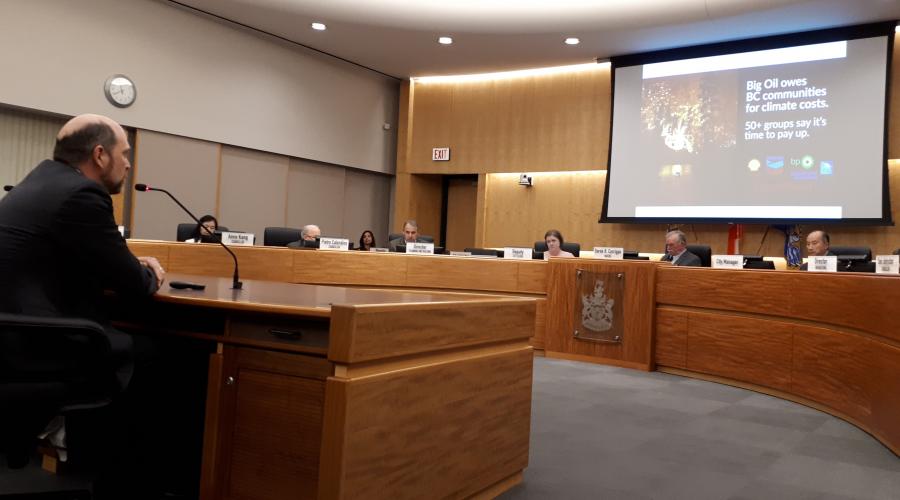 So you want to hold the global fossil fuel industry accountable for your community’s climate costs? Here’s how.

The first step in securing accountability from the fossil fuel industry is to actually demand it. Until now, few climate-impacted communities have actually taken the step of asking the Chevrons and Exxons of the world to take responsibility. When companies have been notified that they will be asked to take responsibility for their emissions, and especially to pay their fair share of climate costs, this becomes a risk that they arguably should be disclosing to their shareholders.

Efforts to hold the fossil fuel industry accountable received a big boost in 2013 with the launch of the Carbon Majors Project and the publication of an important study by scientist Richard Heede. The peer-reviewed study identified 90 entities (primarily fossil fuel companies) that, through their own emissions and emissions from their products, are collectively responsible for almost two thirds of human-caused greenhouse gases (see also Heede’s update to his calculations).

How to write a climate accountability letter

There’s no better way to start a conversation about climate accountability than by sending a letter to an oil, gas or coal company indicating why it should pay its fair share of the climate costs incurred by your community.

Compared to a lawsuit or other legal tools, it is straightforward and inexpensive to send a letter. The District of the Highlands led the way in July 2017, sending the first Climate Accountability Letter to 20 fossil fuel companies.

We currently have two draft templates for accountability letters which demand that a fossil fuel company pay its fair share of a local government's current and future adaptation costs, both drafted as part of our British Columbia campaign.

If you modify a template or write your own letter, feel free to share it with us and we may (with your permission) post it here. The above letters and spreadsheet are released into the public domain.