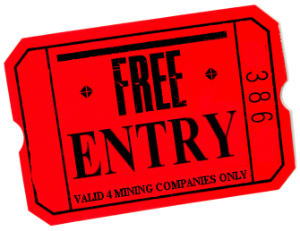 The decision of the Yukon Court of Appeal in Ross River Dena Council v. Government of the Yukon - delivered just days before the end of 2012 (on Dec 27th) – may force governments across Canada – including in BC – to rewrite their mining laws.  The decision essentially holds that the “free entry system” – a system of allocating mineral rights that is central to mining law in much of Canada, including BC – is inconsistent with the obligation of the Crown to consult First Nations on decisions that may impact their Aboriginal Title and Rights.

What is “Free Entry”

At the root of the conflict in the Ross River Dena case is the free entry system, which has given the mining industry unrestricted access to “stake a claim” on most public, private and First Nations lands since the time of the gold rush, based on the antiquated assumption that mining deserves priority over all other land uses.  Our 2004 Report – Undermining our Future – explains the rights typically associated with free entry  (here’s the 2 page summary version), and some of the reasons why it is a cause for concern:

There are three primary rights associated with the law of free entry:

A core difficulty with free entry lies in the non-discretionary way it provides priority to mining rights over others, including private landowners, and other resource users, such as timber, oil or gas, and tourism operators. These other users are governed by a discretionary system, whereby the Crown decides how and whether tenures should be granted, and retains the ability to decline allocating these rights for a particular policy reason. The lack of discretion in the free entry system means that no consideration of environmental values occurs when mineral tenures are granted, and the environment is left unprotected.

The Crown has also taken the position that because of the discretionary nature of the free entry system, it has effectively legislated itself out of its constitutional duties to First Nations – a position rejected by the Yukon Court of Appeal in the recent Ross River Dena case.

The territory of the Ross River Dena, who are part of the Kaska Nation, stretches over a vast area of 63,000 km2 in the South Eastern Yukon.  The Ross River Dena Council recently challenged the free entry system, asserting that the Government of the Yukon had an obligation to consult with them before recording quartz mining claims in the Ross River Area.

The Yukon Supreme Court held that the Crown did have a duty to consult with First Nations on the recording of a mining claim, but could meet this duty by simply giving notice to the affected First Nation after the grant of the mineral claim. The Yukon Court of Appeal has soundly rejected this approach, holding that something more than mere notice is required:

It is apparent that the judge considered the open entry aspects of the Quartz Mining Act to be essential to the mining industry, and considered that any requirement of consultation greater than the mere furnishing of notice claims would be impractical.

I am of the opinion that the judge erred in his analysis.  I fully understand that the open entry system continued under the Quartz mining Act has considerable value in maintaining a viable mining industry and encouraging prospecting.  I also acknowledge that there is a long tradition of acquiring claims by staking, and that the system is important both historically and economically to Yukon.  It must, however, be modified in order for the Crown to act in accordance with its constitutional duties.

The potential impact of mining claims on Aboriginal title and rights is such that mere notice cannot suffice as the sole mechanism of consultation.  A more elaborate system must be engrafted onto the [free entry] regime set out in the Quartz Mining Act.  In particular, the regime must allow for an appropriate level of consultation before Aboriginal claims are adversely affected.

On the basis of this reasoning, the Court of Appeal allowed the appeal, and held that the Government of the Yukon “has a duty to consult with the plaintiff in determining whether mineral rights on Crown lands within lands compromising the Ross River Area are to be made available to third parties”, as well as prior to allowing mineral exploration activities.

The court in this case was not actually asked to strike down the Quartz Mining Act; nevertheless, the judges chose to address the possibility of statutory change, suggesting that existing provisions available for accommodating First Nations under the Quartz Mining Act may not be “ideal”.

Free Entry in BC

All provinces that use a free entry approach to mining claims should sit up and take notice.  But that goes double for British Columbia because:

In our view, BC will need to change its free entry system sooner or later.  If the government doesn’t act on the Ross River Dena Council case, and work with First Nations in BC to reform its Mineral Tenure Act, then it will inevitably face similar court cases.

A Lesson from Ontario …

Ontario has recently made amendments to its mining laws to provide for First Nations consultation and land use planning and to prohibit the staking of privately-owned land in Southern Ontario. There too, First Nations litigation played a key role, when the efforts of the Ardoch Algonquin First Nation (AAFN) to prevent the proponent of a proposed uranium mine from accessing its mineral claim area in AAFN territories resulted in a jail sentences and fines for AAFN members (until the Ontario Court of Appeal found that these penalties were “too harsh” and overturned them).

But there were other factors that came together in Ontario, including mobilization of concerned citizens from “cottage country” upset to learn that their land could be staked, their trees cleared, their soil dug up, their peace and quiet destroyed, and their expensive property devalued by mineral claims.

Conflict over mineral staking in BC has been on the rise since 2005, when amendments to the Mineral Tenure Act began to permit on-line staking with the click of a mouse and a credit card. The result was a dramatic increase in the number of claims staked and exploration activity in BC, including the Sunshine Coast and Gulf Islands.

Most recently tempers flared on Pender Island when two local prospectors registered more than 20 mineral claims covering a large portion of North and South Pender, including the location of a Capital Regional District water improvement project. In commenting to the media, Gary Steeves, North Pender trustee with the Islands Trust emphasized that: "A lot of the people living here are retired and this is scaring the living daylights out of them." The local RCMP reports that “landowners are getting legal advice and a lot of people are up in arms.”

BC’s free entry system – under which local governments may not restrict mineral claims within their boundaries – has also played a major role in controversial mining projects such as the Ajax Mine in Kamloops and the Raven Underground Coal Project on Vancouver Island, both of which are located very close to residential communities.

The problems with free entry are legion: it presents barriers to protecting important wildlife habitat and watersheds; undermines the ability of local communities to plan for their future; threatens private residential and farm property; and creates conflicts between businesses on the land. These problems, and the conflict they engender, in turn prevent the mining industry from obtaining the ‘social licence’ it needs to move forward with mining projects that do make sense.

Everyone would gain if the Ross River Dena judgment becomes a driver for dealing with this long-standing problem in a way that works for all British Columbians and our environment while upholding Aboriginal Title and Rights.