The world is better when charities are heard 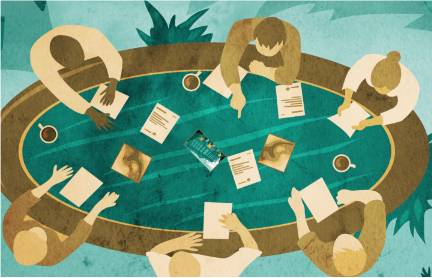 You may have heard our sister organization, the West Coast Environmental Law Research Foundation, mentioned last night on CBC’s Power and Politics.  We understand that a government source tipped Evan Solomon to the fact that the Research Foundation, along with several other environmental charities, have been or are being audited by the Canada Revenue Agency (CRA), and Power and Politics discussed whether these audits were politically driven.

In the general course of things, a charities audit by the CRA is routine – simply confirmation that there are rules governing charities and that it’s the government’s job to check in on charities now and then, to make sure that they’re following them.  West Coast Environmental Law has always been careful to follow those rules, and we’re confident that any audit of our charity, as long as fairly conducted, will confirm that.
Leaving aside the specifics of any audit, however, the Power and Politics segment touched on  the much larger public policy issues at stake if rhetoric to the effect that charities are best “seen, but not heard” is allowed to prevail.

Imagine Canada, a national charity dedicated to supporting the charitable sector, has put it thus:

[There has been] a great deal of public rhetoric about how charities should or should not contribute to public debate on domestic and international issues. While this rhetoric was primarily triggered by one particular policy debate focussing on environmental charities, the comments have actually called into question the role of all charities in advocating, carrying out political activity, and contributing to the public policy process. Some individuals seem to neither appreciate the role that charities play, nor to understand the rules under which we operate. Unfortunately, we have anecdotal evidence that this rhetoric is already creating a chill, with some organizations reconsidering their participation in public policy processes.

An audit today comes in the context of that chill: the context of a government which publicly attacks environmental charities, and then finds an additional $8 million in a tight budget to audit charities – criticized as a witch hunt by Opposition MPs.

And we need to talk about the effect that anti-charity rhetoric is having on poverty, human rights, health and other charities as well.  As one of the commentators on Power and Politics, a lawyer who practices in this area noted, political activities audits have been increased in these sectors too.

The role of charities in public debate

Recent rhetoric about environmental charities ignores the fact that Canadian tax law affirms that charities have a valid and important role in discussing public policy and in engaging with both government and with the public.  And Canadians have benefited from those public discussions.

The Brazilian Catholic Archbishop, Hélder Câmara, is best known (at least outside Brazil and/or Catholic circles) for his statement:

Archbishop Câmara - who needless to say was not a communist and was later nominated for the Nobel Peace Prize - has, in this statement, summed up succinctly why it is essential that charities can both work to alleviate suffering and work to address the causes of that suffering.

I have always taken that powerful insight to be the reason that Canadian tax law, and Canadians generally, recognizes that charities do have a role to play in talking about public issues.  In an environmental context, environmental charities don’t need to simply restore damaged fish habitat and raise fish in hatcheries for release; we can also speak out about activities that destroy fish habitat, and even laws that allow that destruction.

And that’s allowed under Canadian tax law.  You may have heard that Canadian charities can only spend 10% of their resources on political activities – and that’s generally true.  It is also true that charities can’t support or oppose particular political candidates or parties (this is considered prohibited “partisan” activity).  But “political activities” under long-standing tax law policy guidance are defined quite a bit narrower than what recent rhetoric from certain politicians and commentators would have you believe.  For example, engaging with government, in a good faith manner and related to the charity’s purposes, on how to improve the law is likely a charitable activity. According to the CRA:

When a registered charity makes a representation, whether by invitation or not, to an elected representative or public official, the activity is considered to be charitable. Even if the charity explicitly advocates that the law, policy, or decision of any level of government in Canada or a foreign country ought to be retained, opposed, or changed, the activity is considered to fall within the general scope of charitable activities.

General public education and awareness raising, as long as done in a balanced, well-reasoned manner connected to a group’s purposes is presumed to be charitable as long as CRA guidelines are followed.  So what is “political” from a tax perspective? According to CRA policy guidance:

We presume an activity to be political if a charity:

And for such activities the charity is limited to spending less than 10% of its resources (smaller charities can spend a higher percentage).
As many have pointed out, the limits on political activity create an imbalance – since Canadian tax law allows corporations to participate fully in political activities, including through paid lobbyists, and to write off these political expenses against taxable income.  A report by the excellent (but now, unfortunately, no longer) media charity, IMPACS, called for an expanded role for charities in Canadian political discourse, noting:

[A] charitable organization dedicated to the protection of west coast marine environments and species may oppose the annual herring roe fishery as destructive and wasteful. This charitable organization would need to be very cautious about how it raised its concerns, opinions and options with the public and the federal Department of Fisheries and Oceans for fear of running afoul of the advocacy rules. In contrast, a herring roe processing and exporting company could engage in a lobbying effort to have the season extended or catch limitations lifted, and then deduct the expenses of these efforts from their income for tax purposes.

The benefit to Canadians

And Canadians benefit from having charities engaged in the debate.  Before turning to environmental wins, let’s think about the “political” role of charities in:

In all of these fights, charities have played a crucial role in pressing for changes to Canadian laws as a way of achieving charitable purposes.

On the environmental front, too, Canadians have benefited.  The Canadian Environmental Grantmakers offered Parliament the following list:

We’d add a few more West Coast wins (both wins from the West Coast and wins that we were involved with), such as the protection of the Great Bear Rainforest, the laws that allow British Columbians to register conservation covenants (paving the way for the land trust movement in BC), and laws that eliminated dioxins and furans from BC’s pulp mill effluent, to name just a few.

Hearing from many voices

But the fact is that the world, including government, doesn’t work well when you only hear from industry and the well connected, and crack down on charities.  Having a healthy charitable sector – including environmental charities – protects important Canadian values and helps keep our environment, families and communities safe and healthy. In this vein, we are proud of the work that our sister organization has done with governments and citizens of all political stripes to protect our land, air and waters over almost 40 years of operations dedicated to preserving and protecting the environment through law.