Will Canada's national carbon price clean up our climate mess? 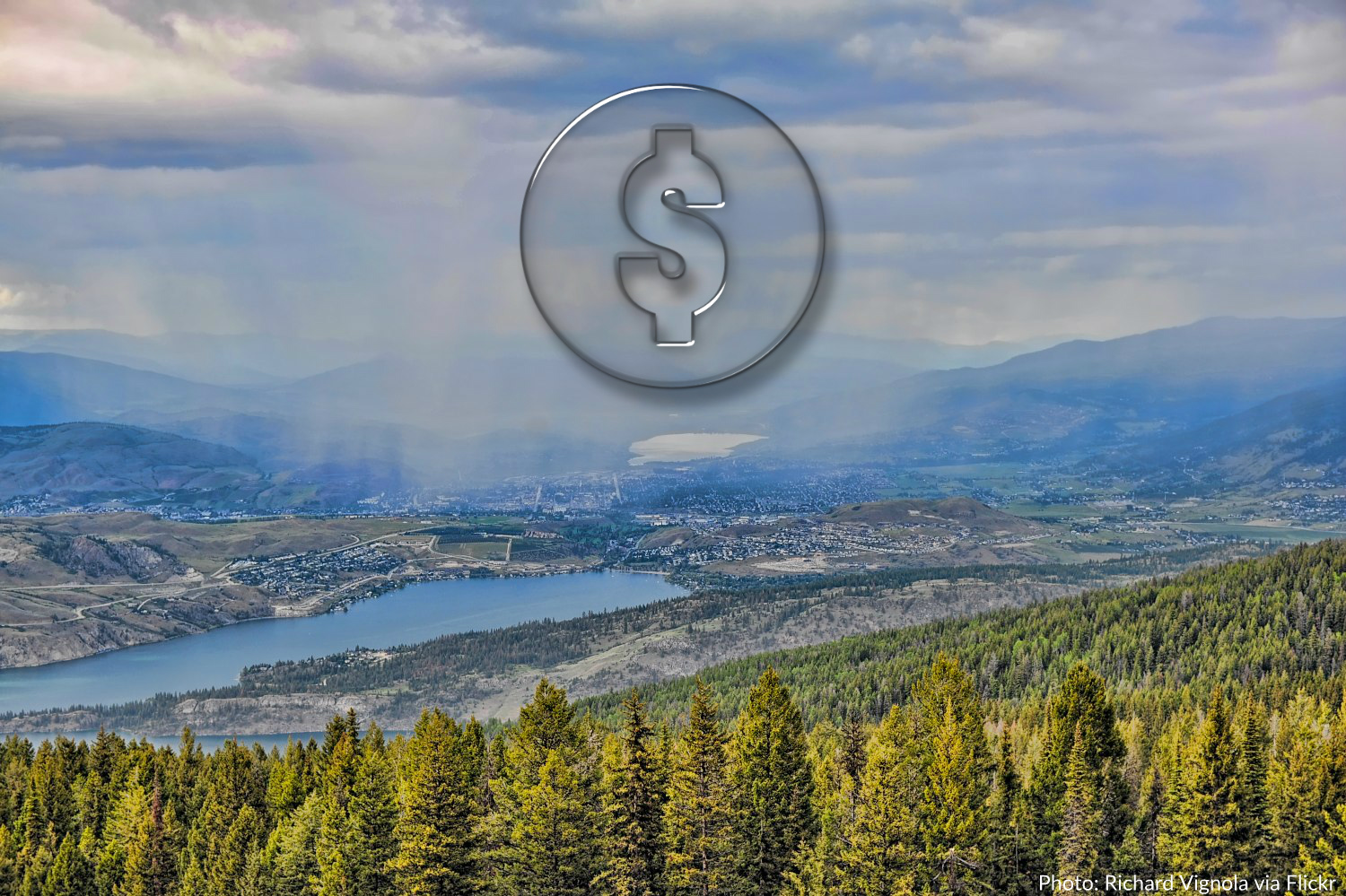 West Coast has called for a price on carbon for over twenty years, and we welcome this announcement. Putting a price on harm to our atmosphere is a good first step in dealing with the gigatonnes of fossil fuel pollution that Canada produces each year.

That being said, we have a number of questions about what else we are doing to clean up our climate mess, how the new carbon price will work and how the provinces will respond to it.

How will Canada achieve its targets?

Carbon pricing is widely viewed as the most economically efficient way to achieve greenhouse gas reduction targets. However, after literally decades of government inaction and rising emissions, science tells us that major reductions are needed – which would require a very large carbon price if that were to be the only tool used (somewhere in the neighbourhood of $200 per tonne by 2030).

The $50/tonne currently proposed is high enough to be politically challenging, and to begin to change our trajectory, but is not high enough to get us where we need to go. It may be that after 2022 the Canadian government will continue to raise the carbon price, but it may also find that doing so raises more political challenges.

Climate Economist Mark Jaccard has suggested that other regulatory measures, in combination with a carbon price, may be more politically acceptable. That may well be where the Canadian government is going – based on comments by Catherine McKenna that further climate measures will be unveiled in the fall.

Certainly, there are a lot of common sense measures that we’d like to see taken – starting with eliminating Canada’s estimated $3.3 billion in annual fossil fuel subsidies and rejecting pipeline proposals that are based on continuing to export fossil fuels for decades to come.

As we have written before, a carbon budget can allow Canadians to see how the different pieces of Canada’s national climate strategy work together to achieve a national target. Without such a tool, it may be challenging for the public to understand whether a complicated plan that includes a carbon price and technical regulatory measures directed at specific industries will achieve our national climate targets.

How wide will the scope of the carbon price be?

The national government will impose a carbon price on provinces, but what exactly will we be pricing?

When BC brought in its carbon tax, it applied primarily to fuel burned. There are other major sources of greenhouse gas emissions – direct emissions from the oil and gas, aluminum and cement industries, for example – that are not covered by the tax.

While initially these industries were left out of the tax due to technical challenges (the emissions were hard to calculate), the science has improved. As a result, BC’s carbon tax now applies to about 70-75% of provincial emissions, but this could be increased to about 80%. So far the government has ignored calls to do so, including from its own Climate Leadership Team:

We … recommend expanding the carbon tax to include non-combustion sources of carbon pollution that can be accurately measured. Expanding the coverage will allow B.C. to meet its climate targets as cost-effectively as possible as the carbon tax currently covers only the combustion emissions that account for about 70 per cent of B.C.’s emissions. We recommend that this expansion begin in five years to continue improving data quality, and to give the sectors with significant fugitive or process emissions, such as natural gas, coal mining, and cement and metal production, time to plan and make investment s to reduce their emissions where possible.

What about the national carbon price? Will the federal government insist that the price be applied broadly to these non-combustion sources of greenhouse gas emissions?  Will BC follow the recommendations of its expert advisors? If not, what is the plan to deal with these emissions?

Federal Environment and Climate Change Minister Catherine McKenna is on record as saying that a carbon tax needs to increase on an ongoing basis to be effective. What is the plan, if any, for increasing the carbon tax after 2022?  If a modest $50/tonne rate is causing controversy in some provinces, what can we expect if the carbon tax is increased further?  A tax of 11¢ per litre of gas is only a start.

Is BC really going to abandon any pretense at climate leadership?

Prime Minister Trudeau has said that the national carbon price is a “floor” price. That is: provinces that want to be climate leaders are certainly encouraged to consider a higher price.

Here in BC, our government has based its own claims of climate leadership on a revenue-neutral carbon tax that was introduced in 2008 (then at $10/tonne). That carbon price increased to $30/tonne by 2012, but has been frozen at that rate ever since. Recently the Premier confirmed that she intends to keep that price frozen until the federal “floor” catches up with BC – in 2020 – at which point BC’s carbon tax will rise with the national price.

Which prompts us to ask: Really? Is BC’s climate leadership from 2020 on really based on doing the bare minimum that the federal government requires provinces to do?

BC’s Environment Minister recently acknowledged (in a speech at the Union of BC Municipalities) that a carbon tax needs to increase to be effective – and by 2020 BC’s carbon tax will not have increased in almost eight years. The province’s expert Climate Leadership Team recommended aggressive increases in the carbon tax, but apparently even less ambitious measures are being written off until BC is no longer a climate leader in any meaningful way.

Can’t we stay ahead of the curve and set our carbon price at least slightly above the floor?

Can we tie the carbon price to climate impacts?

Saskatchewan Premier, Brad Wall, has been one of the most vocal opponents of the new national price on carbon, accusing the federal government of jeopardizing his province’s economy.

Of course, the reality is that climate change is causing huge harm in Saskatchewan and in Canada, estimated to reach $5 billion per year in 2020 and rising. National and global climate impacts are directly caused by emissions that occur in Canada – the federal government estimates that the “social cost” of each tonne of carbon dioxide emitted in 2020 will be between $45.10 and $190.70/tonne depending on just how bad it gets.*

If Saskatchewan’s (or any other province’s) 2020 emissions will cause $45.10 or more in harm per tonne emitted, does it make sense to gripe about paying $50/tonne – particularly when the funds are to be given back to the provinces where the emissions occurred (as opposed, say, to providing funds to climate-vulnerable countries that will suffer the most dramatic impacts)?

Complaining about a $50/tonne tax only makes sense because, in the minds of many, the harm suffered due to climate change remains distant and nebulous, and not linked to those emissions in Saskatchewan. Even dramatic wildfires, flooding and droughts are dismissed because we cannot say conclusively that each instance is definitely caused by climate change (even though climate change will increase the frequency of each of these). To the extent that such disasters are linked in the public mind to climate change, the causes are seen as global, not the result of Canadian emissions.

However, each tonne emitted in Saskatchewan, or in the rest of Canada, does cause real harm – both to Canadians and internationally. We like to believe that Canadians clean up our own messes – and don’t whine when someone asks them to do it. So suck it up, Mr. Wall – it’s time to pay the carbon price and get on board with a national plan to deal with Canada’s climate mess.

West Coast Environmental Law welcomes a national carbon price as a good first step. However, it’s clearly inadequate by itself, and there remain many unanswered questions about how we are going to clean up our climate mess as a nation.

* The social cost of carbon is based on applying an economic “discount” to the harm that’s expected to occur in the future, so the actual impacts when they materialize are expected to be much higher. Put another way, $45.10-$190.70 is the amount of money that it would be prudent to invest in 2020 at a 3% rate of return to pay for the eventual harm caused by that tonne of carbon. The social cost of carbon increases each year – so justify future increases in the carbon tax as well.