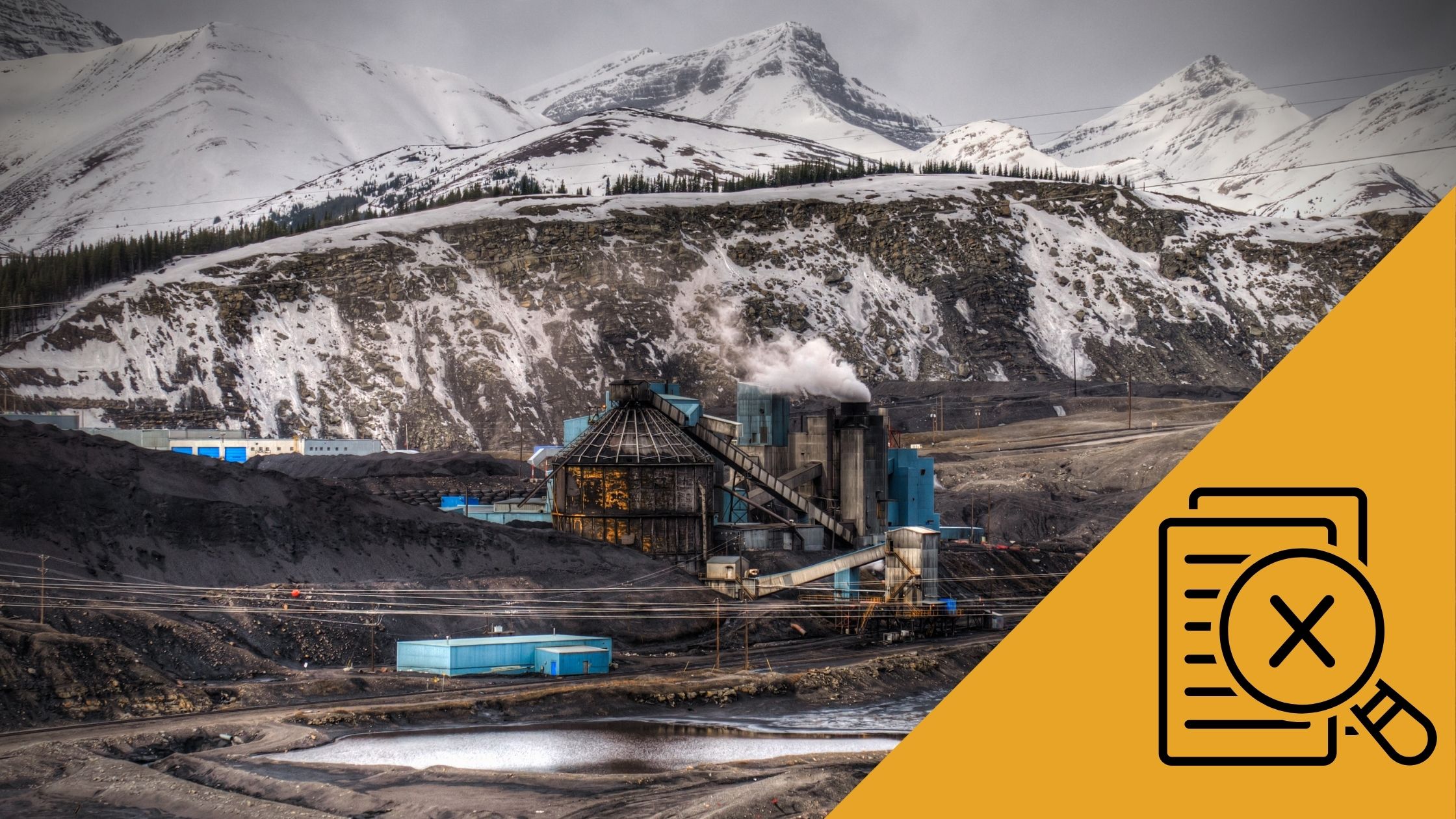 Coal’s harms are no secret. Thermal coal (burned to generate power) is the world’s largest source of anthropogenic greenhouse gases, and metallurgic (steelmaking) coal’s impacts on fisheries are well documented. In March, Teck Coal Limited pled guilty to releasing selenium and calcium carbonate into fish-bearing rivers from two different metallurgic coal mines in the Elk Valley in BC, harming Westslope Cutthroat trout and its habitat and receiving a $60 million fine as a result.

So it is a mystery why the federal government will not legally require all new coal mines to undergo a federal impact assessment in order to make more informed decisions about these risky projects.

Instead, the Minister of Environment and Climate Change relies on a patchwork of laws and discretionary powers, subjecting new mines and expansions above a prescribed size to federal impact assessment, while mines and expansions that fall below the threshold may or may not be assessed.

Environmental impact assessment is the main tool for taking a close look at a proposed project’s potential effects, providing greater scrutiny than regulatory approvals under other laws. For decades, federal assessments were required for most industrial and natural resource projects – from mines and dams to pipelines and powerlines. In 2012, the Harper government changed that, introducing a new law that only required assessments of a handful of projects every year.

Despite promises to restore environmental protections, when the Trudeau government enacted the Impact Assessment Act in 2019, it retained the approach used under the 2012 law, meaning that only “designated” projects are subject to the Act. A project is a “designated project” if it is listed in regulations, or if the Minister exercises discretionary power to designate it.

If a coal mine falls under those thresholds, the Minister can choose to step in and designate it if they are of the opinion that the mine will cause adverse federal effects (such as on fisheries, navigation or migratory birds) or if there are public concerns that warrant the designation. But if the Minister doesn’t step in, that mine will escape federal assessment.

Minister of Environment and Climate Change Jonathan Wilkinson has received numerous requests to designate both thermal and metallurgic coal projects in BC and Alberta, including the Vista Coal Mine Phase II Expansion Project and Vista Coal Mine Underground Test Mine, Fording River Extension Project (an expansion of one of the Elk Valley Teck mines subject to the $60 million fine), Tent Mountain Mine Redevelopment Project, and Tenas Coal Project.

In June, the federal government released a policy statement saying that the mining and use of thermal coal is likely to cause unacceptable environmental effects, and suggesting that the Minister will designate all thermal coal projects in the future. A few days later, Minister Wilkinson announced his intention to require an assessment for all metallurgic coal projects not captured by the project list regulations in an open response to MP Heather McPherson’s petition for a regional assessment of coal projects in southwest Alberta.

Why regulations are better than a promise

While we were pleased at the government’s stated intent to keep thermal coal in the ground and are encouraged by the Minster’s assurances that metallurgic coal mines that pose a risk to fish and water will be scrutinized, we are concerned that these intentions are not being codified into law. Neither the thermal coal policy statement nor the Minister’s assurances in the open letter are legally enforceable, and the onus remains on Indigenous peoples and the public to request that the Minister designate new coal mines or expansions for assessment.

Further, the Federal Court recently overturned the Minister’s order designating the Vista expansion and underground mine on the basis that Minister Wilkinson failed to consult the Ermineskin Cree Nation on his decision. Ermineskin had entered into impact benefit agreements with Coalspur, the mine’s proponent. Justice Brown held that designating the project would cause a delay to or loss of the benefits covered under those agreement, giving rise to a duty to consult and, if appropriate, accommodate the infringement on Ermineskin’s Aboriginal and treaty rights.

The case has important implications respecting the duty to consult, which you can read about in this case comment. For the purposes of this blog post, the key takeaway from Justice Brown’s decision is that Ministerial designations, as exercises of discretion, are not immune from court scrutiny. As a result, relying on discretion to ensure that harmful projects will be assessed has two risks: first, that the Minister simply decides not to designate, and second, that if he does, a court might overturn the decision.

In other words, the fact that the Minister has the discretion to require an assessment does not adequately fill the gaps created by the use of thresholds. In fact, the project list approach, and in particular the use of thresholds to delineate which projects will or will not be assessed, is an inadequate tool for protecting the environment.

As we and allies wrote in this 2019 letter to Prime Minister Trudeau:

[I]mpact assessment is central to efforts to fix our environmental laws. As the Expert Panel appointed to review federal assessment processes recommended, the Project List should apply to all projects that are “likely to adversely impact matters of federal interest in a way that is consequential for present and future generations.” ...

While the Impact Assessment Act will ensure more meaningful assessments of projects when it applies, if it only applies to a handful of “major” projects (which appear to be randomly selected according to political, rather than evidence-based, criteria) then it will fail to restore the protections and trust lost in 2012.

The main problem with relying on thresholds to decide what gets reviewed is twofold: first, mines of all sizes pollute. Absent evidence that any projects below a threshold will not result in unwanted effects (which the government has never provided), the thresholds are arbitrary and unlikely to distinguish between harmful and harmless projects.

Second, thresholds encourage proponents to game the system by scoping projects to fall just under the threshold, then incrementally expanding them (sometimes multiple times) so that the result is mines that should have been assessed but bypassed that oversight. Despite these issues, the federal government chose to continue with the approach, meaning that thousands of projects bypass federal impact assessment every year.

It is time to amend the project list regulations

In 2015, the Prime Minister of Canada publicly instructed the Minister of Environment and Climate Change to introduce new assessment processes that will “restore robust oversight and thorough environmental assessments of areas under federal jurisdiction” and “ensure that decisions are based on science, facts, and evidence, and serve the public’s interest.”

The Minister has said that both thermal and metallurgical coal mines should require impact assessments because of their potential to cause major environmental harm. The most robust and science-based approach would be to amend the project list regulations to remove the thresholds for coal, ensuring that all new and expanded mine proposals receive the public scrutiny they need.

We are not sure what the Minister is waiting for.