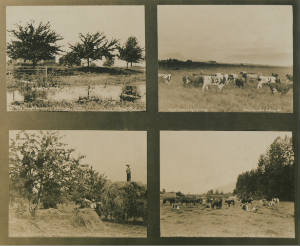 Thank you to everyone who spoke up to oppose Bill 24 – the proposed Agricultural Land Commission Amendment Act, 2014.  Your voices played an important role in slowing the progress of this bill and in convincing the government that changes to the Bill were necessary.

So we have momentum.  But unfortunately the  government’s changes do not change the fact that the bill undermines legal protection for farmland. .  We continue to press the government to shelve Bill 24 and to undertake some real consultation on how agricultural land should be managed in BC.

What do the new amendments do?

Our main criticisms of Bill 24 focused on its most outrageous aspect – that provincial agricultural land would be divided into two “zones” (Zone 1 the Lower Mainland, Vancouver Island and Okanagan, Zone 2 all the rest, or 90%, of the province’s ALR lands), with other values given the same weight as protecting agricultural land on zone 2 lands. On this front, the government’s amendment is superficially better.  It now ”prioritizes” agriculture over the other values:

4.3 When exercising a power under this Act in relation to land located in Zone 2, the commission must consider all of the following, in descending order of priority:

(a) the purposes of the commission set out in section 6;

(b) economic, cultural and social values;

On a quick read, the addition of “in descending order of priority” sounds like a major improvement – now the purposes of the commission (the protection of agriculture) must be given greater weight than the other considerations.  But in reality, this new language provides very little real direction on how to balance agricultural and economic, social and cultural values or planning objectives. Indeed, since the Bill actually requires the Agricultural Land Commission (ALC) to consider economic and other values, the ALC will need to accept evidence and figure out how to balance the fact that a development might bring in x millions of dollars should be considered against the value of class y farmland for agriculture.  The fact that the protection of agriculture should be given priority doesn’t really provide much guidance about how to balance these interests.

If the purposes of the Bill were, as Minister Letnick insists, to provide flexibility for farmers seeking to remain on the farm, the amendments would focus on the economic, cultural and social values of farmers – not on ill-defined, but broad economic, cultural and social values of society.  The vagueness of these provisions invite arguments that lands should be freed up for development or industrial uses, undermining the protection offered by the Act.

“Community Need” all over again?

Until 2002 the Agricultural Land Commission itself was unambiguous that its objective was the protection of the Agricultural Land Reserve (ALR).  But in 2002, with an earlier round of amendments intended to give more power to regional panels, the Commission began allowing lands to be removed from the ALR on the basis of a vague “community need” criteria.  The result was an increase in  land removed from the ALR:

The Agricultural Land Commission panels that consider applications are approving removals at a high rate. In the four years ending in March 2005, the Commission statistics show it approved the removal of 71.4 per cent of the reserve’s 7,493 hectares under consideration. Land removal rates in the ALC’s six regions were highest on Vancouver Island at 86.8 percent, in the Kootenay region at 84.5 per cent, and in the Okanagan at 81 per cent. On the south coast, 55.5 per cent of land was released, in the Interior the total was 52.6 per cent, and in the north it was 46.8 per cent.

This “social need criteria” was not supported by the Agricultural Land Commission Act, and in 2007 SmartGrowth BC, with a grant from our Environmental Dispute Resolution Fund, commissioned a legal opinion questioning the legality of these decisions.

The Commission shortly thereafter stopped accepting “community need” applications, and removal of agricultural land from the ALR decreased considerably. The Commission also reduced the use of regional panels, which were being too influenced by local economic and social values, and less interested in ensuring provincial-level goals for agricultural protection.

In the end, the Commission itself recognized that this approach was impacting agricultural lands:

Bill 24 would require the ALC to consider removing ALR lands on a basis that looks very much like the community needs basis, at least for “zone 2” lands, a weakening of agricultural land protection the latest amendments do nothing to correct.  It also requires the ALC to use regional panels in most cases, despite concerns about the willingness of these panels to take a provincial-level view on the significance of agricultural land protection – although the new changes do give the ALC some ability to insist that particularly important applications be considered by ALC as a whole.*

Last word to the UBC Dean of Agriculture

In 1998, the BC government, considering whether to allow lands to be removed based on a similarly vague “provincial interest” test, asked UBC Dean Moura Quayle to hold public consultations and report back.  Dean Quayle’s conclusion is as relevant now as it was then:

Without the courage to hold firm, with stakes in the ground, there will be no incentive to better manage our land base in the face of competing uses. We must halt the slow, but steady erosion of our agriculture and food resources, and support our varied agricultural industries. As a forward thinking society, we must dig in, take responsibility, and make sure that future generations have a vibrant agricultural land base.

Tell the BC government that you stand for food security and against Bill 24.

* - The changes would allow the ALC's Executive Director, subject to regulation, to decide that an application is of provincial significance, and should be considered by the ALC Executive, rather than a regional panel.  While an improvement, it is important to note that most of the individual "community need" applications did not, by themselves, have provincial significance.  It was these many small applications collectively that began to whittle away at the agricultural lands protected in certain regions of the province.