What does it mean for Chevron when glaciers have the right to sue? | West Coast Environmental Law

News & Events » Environmental Law Alert Blog » What does it mean for Chevron when glaciers have the right to sue?
Back to top

What does it mean for Chevron when glaciers have the right to sue? 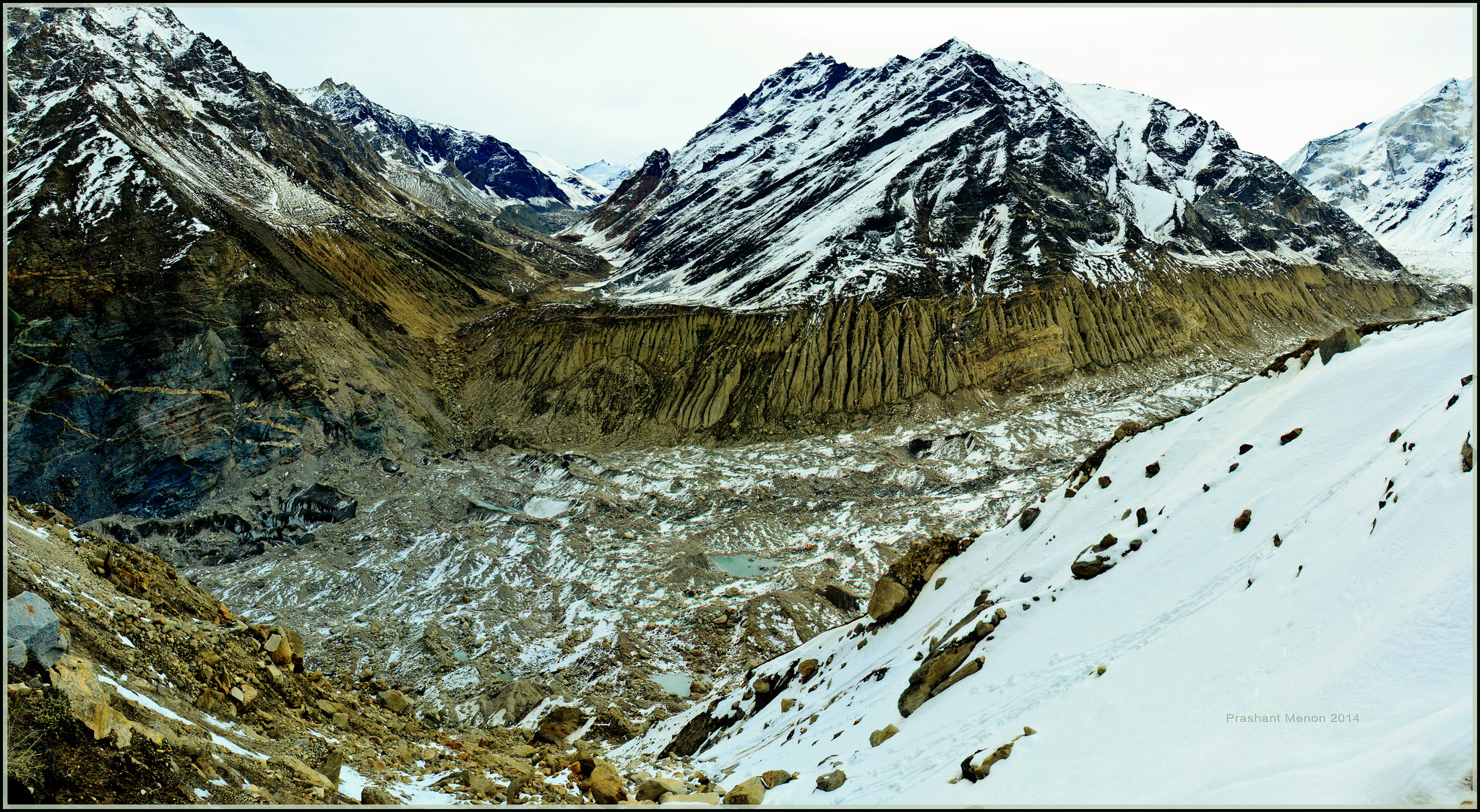 “Dear Chevron – you may have noticed that I’ve been melting a little faster of late, because of fossil fuel pollution from your products (among others).  That’s a problem, because I’m the main source of water for hundreds of millions of people – not to mention all the other species that depend on me, too. What do you plan to do about it? Sincerely, Gangotri Glacier, Uttarkhand, India.”

Last month, several major natural features were recognized – by governments and courts – as legal persons. First, the New Zealand government enacted a new law declaring the Whanganui River a legal person. A couple of days later, the Uttarakhand High Court, in India, granted personhood to the Ganges and Yamuna rivers. And shortly thereafter the same Indian Court made a further order granting personhood to all of the rivers, glaciers, forests and other natural features of the Himalayas.

We’ve written about the possibility of lawsuits by climate impacted communities against fossil fuel companies for their contribution to climate change, but this raises the fascinating possibility that India’s glaciers – or the Whanganui River or other natural features – could be the plaintiff in a climate lawsuit.

In our reports, Payback Time and Taking Climate Justice into our own Hands, we raised the possibility that global fossil fuel companies could be sued under the laws of any country where climate impacts are occurring. In Payback Time, I wrote:

Once we recognize that courts in countries where climate damages occur may claim jurisdiction over compensation claims, the number of jurisdictions where such litigation could be potentially brought increases greatly. Several countries offer promising venues, as their legal systems have features that are conducive to climate litigation. Examples include the possibility of lawsuits brought on the basis of constitutional or statutory rights, existing statutes that clarify or expand environmental liability for pollution of the atmosphere, and judicial precedents for awarding damages in cases where a defendant’s actions increased risk to a plaintiff.

In other words, the laws of Uttarkhand, India will apply if someone wants to sue Chevron for harm caused in Uttarkhand, India. The same holds true for lawsuits over harm occurring in New Zealand.

This means that it is theoretically possible that a glacier or other natural feature that has been granted legal personhood could, if its human representatives felt it was appropriate, sue for harm to the glacier from climate change.

Glaciers, rivers and forests with rights

The idea that natural features should have legal rights is not a new one, even in Western legal thought (let alone in many Indigenous legal systems around the world). In 1972 a U.S. academic, Christopher Stone, penned a paper called “Should Trees have Standing?” – which is still one of the best known legal discussions of extending legal rights to natural objects.

In his paper, Stone points out that concepts of who has rights are culturally fluid. On one hand, slaves, women and other humans have not always been recognized as having rights.  On the other, the law has long treated corporations and (in some cases) ships as persons, recognizing society’s interests in protecting their rights.

So why, asked Stone, could the law not protect society’s interests in the natural world by granting it legal personhood?

While Canada’s courts recognize legal personhood for corporations and ships, the Maori people in New Zealand – who negotiated personhood for the Whanganui River – and the Indian courts have already been more innovative.

For the Maori, the Whanganui River is inseparable from the identity of the local Maori people:

The river and the land and its people are inseparable. And so if one is affected the other is affected also. The river is the heartbeat, the pulse of our people. . . . [If the river] dies, we die as a people.

In India, the importance of statues representing Hindu gods and goddesses resulted, starting in the 1970s, in a series of decisions holding that objects of worship may be “juristic persons,” capable of suing in Indian Courts.  Thus it was not a major leap to hold that the Ganga and Yamuna rivers, which are themselves worshipped in Hindu culture as goddesses, should be granted similar rights:

Accordingly … the Rivers Ganga and Yamuna, all their tributaries, streams, every natural water flowing with flow continuously or intermittently of these rivers, are declared as juristic/legal persons/living entities having the status of a legal person with all corresponding rights, duties and liabilities of a living person in order to preserve and conserve river Ganga and Yamuna.

The Court, while drawing on the case law related to idols, grounds the personhood of the Ganga and Yamuna in the physical and spiritual importance attached by Hindus to the two rivers, including the fact (according to the court) that half of all Indians benefit from their waters.

The Court’s more recent order also emphasizes the importance of the glaciers, forests and other natural features of the region to the “local inhabitants living on the banks of rivers, lakes and whose lives are linked [with them].”  However, the Court also argues that these features have a:

…right to exist, persist, sustain and regenerate their own vital ecology. The rivers are not just water bodies. These are scientifically and biologically living. The rivers, forests, lakes, water bodies, air, glaciers, human life are unified and are indivisible whole. The integrity of the rivers is required to be maintained from Glaciers to Ocean.

In describing the rights held by the natural features, the court has noted:

Rivers and Lakes have [an] intrinsic right not to be polluted. Polluting and damaging the rivers, forests, lakes, water bodies, air and glaciers will be legally equivalent to harming, hurting and causing injury to person.

The Court appointed human representatives of these natural features to represent them in court or other legal proceedings.

In addition to the potential symbolic value of a lawsuit brought by a glacier for climate impacts, a glacier would have some advantages in bringing such a claim.

In climate litigation, a plaintiff may have challenges showing that:

Glaciers, rivers and forests are all being directly impacted by a changing climate. Moreover, they exist at a landscape level and changes occur over a long period. As a result, it may be much easier to show that changes in a glacier or river are tied to climate change, rather than proving that a particular economic loss was tied to climate change.

Indeed, the Uttarkhand High Court argued that climate change was one of the major threats to the glaciers that warranted giving them personhood:

The very existence of the rivers, forests, lakes, water bodies, air and glaciers is at stake due to global warming, climate change and pollution.

In relation to Gangotri Glacier, the court wrote:

Gangotri Glacier … is one of the largest Glaciers in the Himalayas. However, it is receding since 1780. The receding is quick after 1971. According to the images of NASA, over the last 25 years, Gangotri glacier has retreated more than 850 meters, with a recession of 76 meters from 1996 to 1999 alone. River Ganga originates from Gangotri Glacier. … [Gangotri and Yamunotri] Glaciers are receding due to pollution as well as climate change.

This is not to say that a claim by a glacier or river will not have its own challenges, but the legal issues are different – and potentially more straightforward – than litigation by an individual.

The fact that natural features in in New Zealand and India now enjoy legal personhood does not necessarily mean that Chevron should expect a lawsuit from a glacier. But it does mean that it’s possible – and it’s certainly interesting to think about.

Really, that’s the point. Fossil fuel companies and other entities that contribute to climate change need to understand that each of the world’s 196 countries has its own laws and legal systems. Lawsuits related to climate-related harm could be brought in any of those countries by a range of possible plaintiffs, some of which may not even be human. The possibilities are endless.