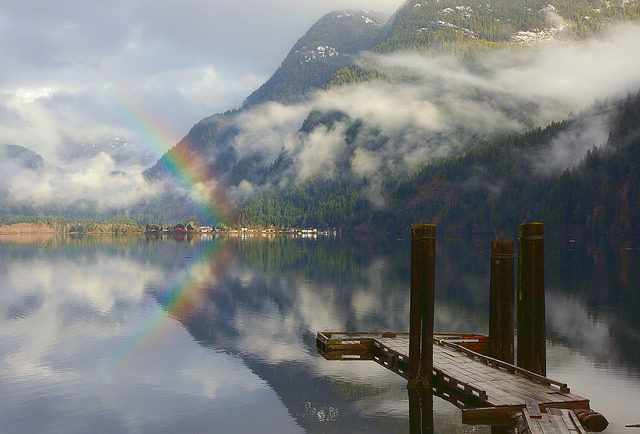 The release of the letters is a first for the federal government. WCEL pledges to work closely with all newly appointed Ministers to improve protection of Canada's environment.

Here's an excerpt from the letters related to WCEL's priority issues:

The mandate letter to Transport Minister Marc Garneau says he should:

Formalize a moratorium on crude oil tanker traffic on British Columbia’s North Coast, working in collaboration with the Minister of Fisheries, Oceans and the Canadian Coast Guard, the Minister of Natural Resources and the Minister of Environment and Climate Change to develop an approach.

Environment and Climate Change Minister Catherine McKenna is directed to:

Support the Minister of Infrastructure and Communities in protecting our communities from the challenges of climate change and supporting them in the transition toward more sustainable economic growth by making significant new investments in green infrastructure.

Supported by the Ministers of Fisheries, Oceans and the Canadian Coast Guard, and Natural Resources, immediately review Canada’s environmental assessment processes to regain public trust  and help get resources to market and introduce new, fair processes that will: restore robust oversight and thorough environmental assessments of areas under federal jurisdiction, while also working with provinces and territories to avoid duplication; ensure that decisions are based on science, facts, and evidence, and serve the public’s interest; provide ways for Canadians to express their views and opportunities for experts to meaningfully participate; and require project advocates to choose the best technologies available to reduce environmental impacts.

Minister of Fisheries and Oceans  and the Canadian Coast Guard Hunter Tootoo is mandated to:

Work with the Minister of Environment and Climate Change to increase the proportion of Canada’s marine and coastal areas that are protected – to five percent by 2017, and ten percent by 2020 – supported by new investments in community consultation and science.

Work with the Minister of Transport to review the previous government’s changes to the Fisheries and Navigable Waters Protection Acts, restore lost protections, and incorporate modern safeguards

Minister of Indigenous and Northern Affairs Dr Carolyn Bennett is to:

To support the work of reconciliation, and continue the necessary process of truth telling and healing, work with provinces and territories, and with First Nations, the Métis Nation, and Inuit, to implement recommendations of the Truth and Reconciliation Commission, starting with the implementation of the United Nations Declaration on the Rights of Indigenous Peoples.

Undertake, with advice from the Minister of Justice, in full partnership and consultation with First Nations, Inuit, and the Métis Nation, a review of laws, policies, and operational practices to ensure that the Crown is fully executing its consultation and accommodation obligations, in accordance with its constitutional and international human rights obligations, including Aboriginal and Treaty rights.

Collaborate with the Ministers of Natural Resources, Environment and Climate Change and Fisheries, Oceans and the Canadian Coast Guard to ensure that environmental assessment legislation is amended to enhance the consultation, engagement and participatory capacity of Indigenous groups in reviewing and monitoring major resource development projects.

We encourage you to read the full text of these letters and let the government know you support the new transparent approach it’s taking.