Is a Water Market privatization or not? | West Coast Environmental Law

News & Events » Environmental Law Alert Blog » Is a Water Market privatization or not?
Back to top

Is a Water Market privatization or not? 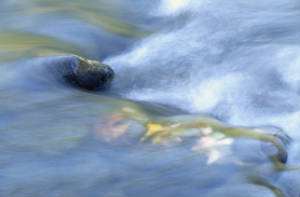 Ecojustice Lawyer Randy Christensen is sounding the alarm bell warning that the government’s current efforts to modernize the Water Act could open the door to privatization of BC’s water (and that alarm has recently been picked up by the Council of Canadians).  Meanwhile, the government is emphatically denying that the “water markets” mentioned in a discussion document have anything to do with privatization, dedicating its two most recent posts on its Livingwatersmart blog – What do we mean by water markets and water trading? and Water Markets: Not about privatizing BC’s Water – to the controversy.  Most recently they wrote:

We’ve heard a great deal of concern from you over the past few days about our proposal to explore water markets and water rights trading and transfers. We’ve said it before, and because it’s so very important, we’ll say it again. We are not proposing the privatization of BC’s water.

Water is owned by the Crown on behalf of all British Columbians. In addition, the Water Protection Act prohibits bulk water removal from the province.  This will not change and water will not be privatized under the proposed Water Sustainability Act, which is aimed at ensuring a sustainable future for BC’s water.

The government is right to spend time responding to the perception that the Water Sustainability Act could result in the privatization of BC’s water.  Quite aside from the obvious importance of the issue, this debate on privatization is an explosive one and has the potential to derail the entire Water Act modernization process, including a number of positive environmental changes that are being discussed.  As a result of the privatization of BC Rail and the debate about private power companies (rightly or wrongly) there are many people not pre-disposed to believe the government’s assurances on issues related to privatization.

We believe that Ministry of Environment staff sincerely believe that a possible water market will not undermine public ownership of the resource.  But, that being said, this controversy is considerably more complicated than either Ecojustice’s post, or the government’s reponse, would suggest.

Public ownership of water is a key feature of the current Water Act.    The government has been very clear that they intend to keep the sections of the Act asserting public ownership of water in BC.  And there is no reason to doubt them on this point.  (The concept of public ownership, while an important one, does not, of course, recognize the pre-existing, inherent Indigenous jurisdiction over water – a crucial legal issue which neither the government nor the public at large has yet grappled with.)

The Act’s affirmation of public ownership of water in one place does not mean that other provisions of the “modernized” Act could not simultaneously enhance private rights to the use, control and effective ownership of water.  A water market, as that term is understood by the public, is not merely an administrative device to ensure efficient allocation of water resources.  It carries with it a claim that rights holders can sell their rights without government approval – one of the key features of private ownership.

If this is what you think of when you hear water market, it’s no wonder that people are getting upset.  The government’s assurances that they are talking about only a small market to address issues of scarcity does little to address the problem. It’s equivalent to saying “we’ll only allow the sale of water to the highest bidder where it’s scarcest.”
Although this is the popular understanding of the term “water market”, the term can be used more broadly, including what is called an “allocation market”, trading of the right to use water on a temporary basis (rather than trading permanent property-like rights to use water in an “entitlement market”).  The difference has been explained this way:

Allocation markets are not necessarily inconsistent with public ownership of water (since the sale could be of the right to use the water permanently, but merely of the right to use the allocation of water that the public has rented to the original user), particularly if they were initiated only on a very short-term basis where short-term drought conditions have required temporary reductions in regular water use.   There are some indications in the Livingwatersmart blog posts that the government may have this type of arrangement in mind.  But if so they needed to be a lot clearer – as the public understands the term “water market” as referring only to an entitlement market.  And there are still many unanswered, and challenging, questions about how such a market would work and whether it would pose problems for the environment.

For a number of reasons discussed below we believe that the Ministry of Environment would be well advised to drop the proposal altogether at this point.

So far the debate on water markets and whether they amount to privatization has been focused at an ideological question.  But there’s a very practical problem with the idea (whether it amounts to privatization or not) of introducing water markets, especially in areas of scarcity.  And that’s that such a market (whether an entitlement or allocation market), could result in a dramatic increase in actual water use.

The reason is this: a large portion of BC’s current water licences are not used or are under used.  Under BC’s current Water Act water licences are supposed to be used for “beneficial use” (an as yet undefined term, although the province is considering defining it to explicitly include water efficiency).  If the water granted under a licence is not used for more than 3 years the province can (and arguably is supposed to) reclaim the water, so that it can be used for other purposes.

But the government generally hasn’t taken back these unused licences unless another water user complains.  There are several reasons, but my bet is that 2 of the reasons are:

Whatever the reasons, the result is that there’s a lot of water that could be used but which isn’t.  Don’t ask the government how much – they don’t have the data.  In some cases these unused licences are a good thing environmentally – since streams that could legally be sucked dry still have a flow of water.  But if you introduce a water market, then that unused water goes from being locked up in licences (which could be reclaimed due to non-use) to being a valuable commodity to be traded and used.

In other words, a market will mean that all the water that is licenced for use is actually used.  Unless you are confident that each licence holders only has a licence for what they need, a water market will make available to other users all the water which the original user didn’t need.  This will probably increase the overall consumption of water.

This is a big problem if you created the market to deal with water scarcity in the first place.

The current and growing public perception that the Water Act Modernization process is intended to privatize water licences has the potential to generate a huge public back-lash against the process.  The old Act is in desperate need of reform, but until now the political sensitivities of dealing with private water rights and public ownership has convinced governments that it was safer to not even try.  And until now the current modernization process has been relatively successful at avoiding these landmines.

The government’s blog posts reiterating their commitment to public ownership will not contain the debate.  We would like to make some recommendations that we believe would address the public concerns about privatization:

It is preferable to take a holistic look at water allocation problems before delving into specific potential solutions such as water markets.

Although the province’s original discussion paper on Water Act Modernization did grapple with some of the difficult issues of water governance, the new proposal for a Water Sustainability Act is much more cautious, and fails to take the broader look recommended by this report.  It further affirms existing private rights of water licencees, despite earlier promises to examine new approaches that would better protect the environment and publicly important uses of water.  Some of these fundamental problems are discussed by Randy Christiansen in this follow up blog post.  Any discussion of water markets is premature until these questions have been resolved.

Any proposals to create private property rights over BC’s waters must be rejected.
That being said, it appears that the current controversy may have been caused by a combination of mishandled communications by the Ministry of Environment (which should have appreciated how references to water markets would be interpreted) and a public assumption about the ideological agenda of the current government.

If the Water Act Modernization process is going to avoid being hamstrung by a debate about water markets and whether they do or do not amount to privatization, the government should immediately drop the proposal.  The proposals to protect environmental flows, to protect the quality of water and to regulate ground water use are far too important to be held hostage to an increasingly hostile and divisive debate about water ownership.