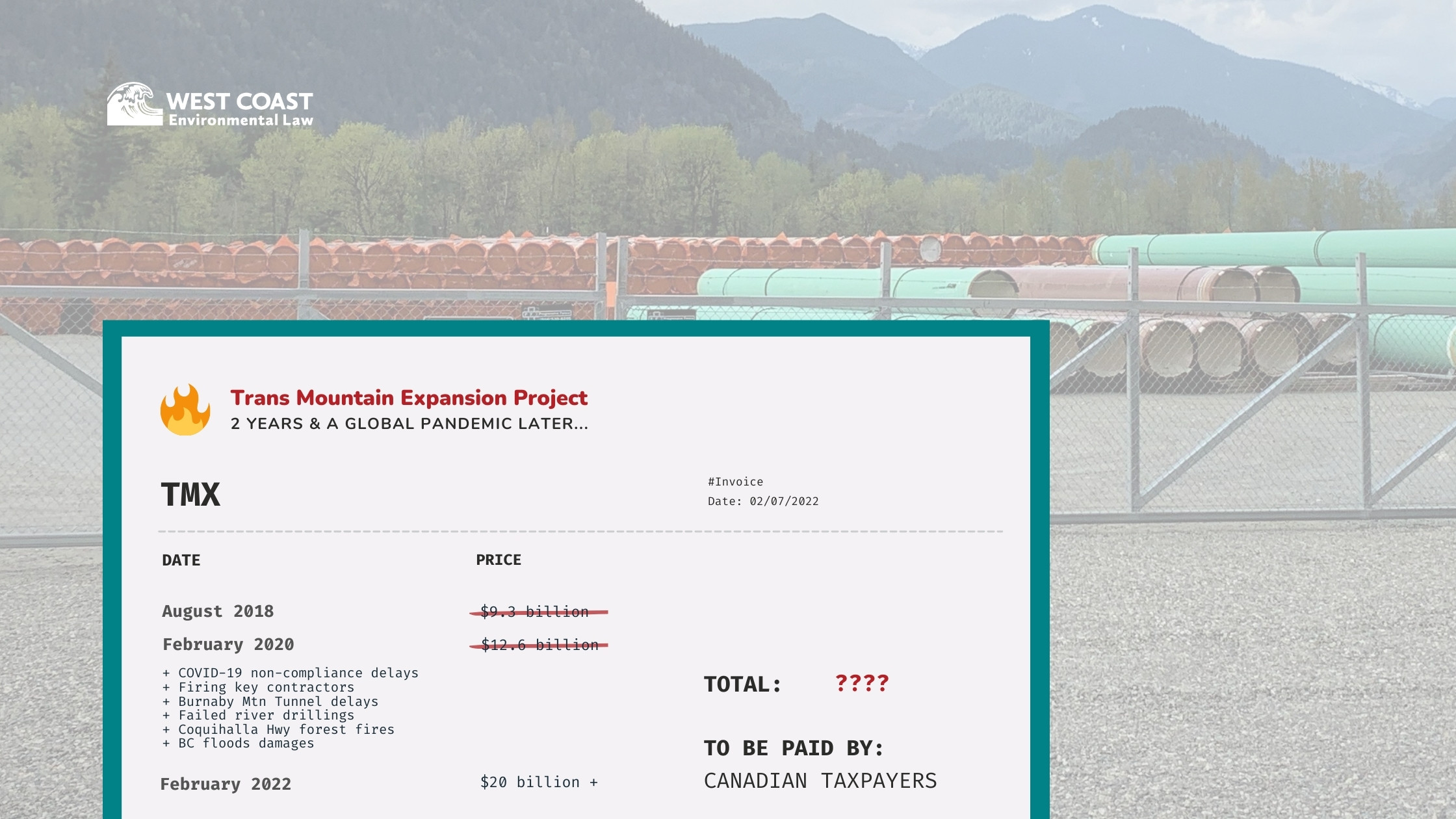 In the Before Times…

Two years ago, in February 2020, I bundled up and traveled to Ottawa to meet with MPs to discuss the Trans Mountain Pipeline Expansion Project (TMX). Little did I know that it would be my last work trip for a long time.

The embattled pipeline was officially purchased by the federal government in August 2018, just one day after the Federal Court of Appeal (FCA) quashed the original approval, and after Kinder Morgan abandoned the project due to risk and poor economics. Following the FCA decision, the pipeline was the subject of a reconsideration by the Canadian Energy Regulator and further consultation with First Nations before being re-approved on June 18, 2019 – one day after the federal government declared a climate emergency.

We knew that the $4.5 billion that Ottawa paid to Kinder Morgan was an overpayment of about $1 billion, but the final construction cost will ultimately determine the economic viability of the project, and will tip the scales on whether TMX would be “extremely profitable” as Prime Minister Trudeau claimed, or a stranded asset as many have predicted.

At the time of purchase, the federal government assumed a construction cost of $7.4 billion, but that number quickly jumped to $9.3 billion according to documents filed by Kinder Morgan with American securities regulators. The original cost of construction filed with the (now defunct) National Energy Board was $4.5 billion.

By February 2020, it was clear that the construction costs were likely even higher, and we had been asking for a cost update for six months. Then on February 7, 2020 the Trans Mountain released a new estimate: $12.6 billion – nearly three times the original estimate.

TMX has been fiercely opposed by Indigenous communities most directly impacted by the project. Forcing a pipeline through without free, prior and informed consent is about as compatible with reconciliation as a new oil and gas pipeline is with a climate emergency. Indeed, the buzz in Ottawa that chilly February was about the emerging Wet’suwet’en solidarity actions following a second militarized raid in which Indigenous peoples were forcibly removed from their land to enable construction of the Coastal GasLink Pipeline.

And then, the world changed as the COVID-19 pandemic transformed our daily lives

The pandemic has impacted us all, and TMX is no exception. Since March 2020, TMX construction has faced a myriad of delays, including:

These delays will inevitably lead to higher construction costs. In December 2020, Trans Mountain Vice President Alan Parise swore in an affidavit that:

Each month of delay to the Project in-service date results in lost earnings of approximately 100 million dollars and millions of dollars in excess capital costs.

The Coquihalla Summit, in particular, was hit hard by delays caused by climate-related events like forest fires and floods. Trans Mountain Vice President David Safari swore in an affidavit that if the work on the Coquihalla Summit wasn't completed by the end of 2021, it would delay the completion of the pipeline by up to eleven months and cost an additional $60 million. This estimate does not include the additional costs of the now necessary site remediation and repairs resulting from the floods and landslides. Recently-filed Trans Mountain construction updates confirm that the work Safari referred to was not completed by the end of 2021.

All of these delays mean that the $12.6 billion construction budget is now woefully out of date. With $10 billion spent to complete less than 40% of the pipeline, many industry insiders are estimating that the true cost is approaching $20 billion, and construction is delayed into 2024. Yet Trans Mountain Corporation continues to say that the project is ‘on budget and on schedule’ and refuses to provide a cost update.

You can read more about the delays and cost implications in our report from September 2021 and blog post from December 2021.

It is time for a new cost estimate

It has been two years since Trans Mountain updated the Canadian public about the cost of construction. Since then, many things have changed as delays continue to drive up the cost of the project.

We know that the structure of the TMX tolls includes ‘capped’ and ‘uncapped’ costs, meaning that the owners of the pipeline will not be able to fully recover all cost overruns. Trans Mountain’s estimate is that only 25% of the cost overruns will be fully recovered by tolls, leaving the owners – Canadian taxpayers – to cover the remainder. This puts the profitability of TMX in serious doubt.

The Parliamentary Budget Officer calculated that a 10% increase in construction costs (based on $9.3B) would reduce the Net Present Value (NPV) of the TMX by $453 million to $1.128 billion. Similarly, a one-year delay would reduce the NPV of the TMX by $693 million to $888 million. With both of these events now a near certainty, the commercial viability of this project is as bad as it has ever been, and it is likely to get worse.

An updated estimate is long overdue and is essential information that the Canadian public (and any would-be buyers) have a right to know.

Trans Mountain will not willingly release the new number because they know with every cost increase, support for the project drops. Indeed, a recent poll from Abacus Data showed that 59% of Canadians do not support spending any more money on Trans Mountain construction, based on the latest $12.6 billion budget. We are now facing a total that may double that amount.

The only way to get the cost update we need is to demand that our public representatives hold Trans Mountain to basic standards of transparency and accountability and require a cost update before any more public money is spent on this white elephant.

You can sign a petition calling for a cost estimate and to pause construction here.