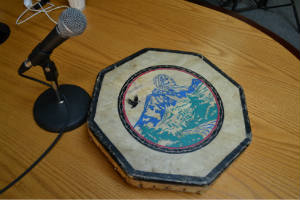 On June 26, 2014 the Supreme Court of Canada (SCC) decision in Tsilhqot’in Nation v. British Columbia marked a watershed moment in the long journey of First Nations peoples to achieve recognition of their inherent title and authority over their ancestral territories. With the first court declaration of Aboriginal title in Canadian history, the SCC clarified the Canadian legal tests about Aboriginal title, and acknowledged the title and authority of the Tsilhqot’in people to use, manage and economically benefit from a 1,750 square kilometre portion of their territories southwest of Williams Lake, BC.

We acknowledge with gratitude the leadership, Elders and community members of the Tsilhqot’in Nation for their courage and strength in this long fight, and the hard work of the many First Nations and organisations who brought their voices to the court as interveners, as well as the legal teams of all involved. Almost as soon as the decision was out, our office began to get questions about the implications of the Tsilhqot’in decision for controversial tar sands infrastructure proposals like the Enbridge Northern Gateway tankers and pipelines project.

Here are some of the key reasons why yesterday’s SCC decision increases legal risk for the Enbridge project:

1. Could Enbridge be cancelled?

As we have written before, should the Enbridge project ever go ahead, it is it is almost inevitable that over the course of the construction and operation of the project one or more of the many opposed First Nations on the tanker or pipeline routes will achieve court recognition of their Aboriginal title. In the Tsilhqot’in decision, Canada’s highest court brings home the implications of this for Enbridge and other project proponents:

Once title is established, it may be necessary for the Crown to reassess prior conduct in light of the new reality in order to faithfully discharge its fiduciary duty to the title-holding group going forward.  For example, if the Crown begins a project without consent prior to Aboriginal title being established, it may be required to cancel the project upon establishment of the title if continuation of the project would be unjustifiably infringing. (at paragraph 92, emphasis added)

And what about the overhaul of environmental legislation in 2012 to smooth the way for pipeline and other industrial development? The court notes:

“Similarly, if legislation was validly enacted before title was established, such legislation may be rendered inapplicable going forward to the extent that it unjustifiably infringes Aboriginal title.”

2. Aboriginal title cases could be imminent

As a result of the Tsilhqot’in decision, the day when one or more oil tanker and pipeline impacted nations proves title in court may be much closer than anyone anticipated.In its decision the SCC roundly rejected the legal test advanced by Canada and the provinces that would have limited Aboriginal title to small intensively used tracts of land (like village sites), and affirmed that Aboriginal title also extends to areas used for purposes like hunting, fishing, trapping and spiritual/cultural practices. The court also confirmed that both the Canadian and Aboriginal perspectives were essential to understanding and proving title, including First Nations laws, practices, customs and traditions related to Indigenous land tenure and use. In the result the legal barriers to proving title in the Canadian courts have been lowered substantially as compared to the state of the law following the earlier BC Court of Appeal decision.

We note that in the context of the Enbridge project, many impacted nations have already brought forward extensive evidence of their Aboriginal title and/or rights to the Joint Review Panel, directly to the Crown or in previous court cases.  This evidence, including testimony of Indigenous knowledge holders and Elders and expert reports from anthropologists and others is exactly the type relied upon by the trial judge in Tsilhqot’in and ultimately by the SCC in making its declaration of title. The implications of the Tsilhqot’in decision will no doubt be front and centre in these nation’s minds as many prepare for court challenges.

A new emphasis on seeking and obtaining the consent of First Nations to proposed development in their territories is front and centre in the SCC decision. After confirming that Aboriginal title includes “the right to proactively use and manage the land”  the Chief Justice goes on, as follows:

“I add this.  Governments and individuals proposing to use or exploit land, whether before or after a declaration of Aboriginal title, can avoid a charge of infringement or failure to adequately consult by obtaining the consent of the interested Aboriginal group (at paragraph 97, emphasis added).

Over a hundred First Nations have banned the Enbridge project and other tar sands infrastructure from their territories and watersheds as a matter of their own Indigenous laws through instruments like the Save the Fraser Declaration and the Coastal First Nations Declaration.  The consent referenced by Canada’s highest court has clearly been denied by these First Nations, and impacted nations have made it clear that they will enforce their decision using all lawful means.

The Tsilhqot’incase also set strict limits on the circumstances in which the federal or provincial governments can proceed if First Nations have not consented.

“The right to control the land conferred by Aboriginal title means that governments and others seeking to use the land must obtain the consent of the Aboriginal title holders.  If the Aboriginal group does not consent to the use, the government’s only recourse is to establish that the proposed incursion on the land is justified under s. 35 of the Constitution Act, 1982.” (at paragraph 76).

Confirming our shared responsibility to future generations is another important theme in the Tsilhqot’in decision with relevance to the Enbridge file. One of the unique elements of Aboriginal title is that it is a “collective title held not only for the present generation but for all succeeding generations”; this means that Aboriginal title lands can’t be “developed or misused is a way that would substantially deprive future generations of the benefit of the land” (Tsilhqot’in at para 74). This inherent conservation limit was articulated by the court in the 1997 Delgamuukw case as a restriction on the First Nations holding Aboriginal title.

In Tsilhqot’in, however, the SCC goes an important further step, and confirms that this inherent conservation limit also restricts the Crown, and by extension third parties who seek Crown licences, approval or permits for development. In the decision, the Chief Justice emphasizes that: “This means that incursions on Aboriginal title cannot be justified if they would substantially deprive future generations of the benefit of the land” (at para 86).

In oral testimony, in written submissions, correspondence and public statements, First Nations representatives have spoken out eloquently again and again about the threat to their way of life, and indeed their very existence should the Enbridge tankers and pipelines project proceed. With the Tsilhqot’in decision the responsibility to safeguard future generations from such harm has become a Canadian legal obligation when lands and waters subject to Aboriginal Title are at stake, and Enbridge and the Crown would do well to take notice.

5. Consultation must occur before resource development decisions are made

The court in Tsilhqot’in also offered an important reminder that consultation, including with nations that have not yet achieved court recognition of their title, must occur before resource development decisions are made.

In a statement issued the day the federal Cabinet approved the Enbridge tankers and pipelines project, the Honourable Greg Rickford, Canada’s Minister of Natural Resources, acknowledged that there is “clearly… more work to do” with respect to engagement of First Nations and local communities on the project.  In light of the Tsilhqot’in decision this is a significant legal vulnerability for the federal government and Enbridge. More particularly, in reviewing the obligations of the Crown to consult and accommodate First Nations prior to a court confirmation of title, the Chief Justice emphasized that: “The duty to consult must be discharged prior to carrying out the action that could adversely affect the right” (emphasis added).

In the case of the Enbridge project, the key action adversely affecting First Nations rights occurred on June 17th when the federal Cabinet issued an order approving the project. The order directed the National Energy Board to issue Certificates of Public Convenience and Necessity under the National Energy Board Act (“NEBA”) for the project, subject to a number of conditions. In doing so Cabinet relied on a concurrently released decision statement under the Canadian Environmental Assessment Act, 2012 to the effect that any significant environmental effects anticipated from the project could be “justified in the circumstances.”

This NEBA certificate is the primary regulatory approval required for the project to proceed; without it a pipeline may not be constructed or operated.  The certificate stage is where the critical strategic level decision is made as to whether the project should proceed at all. All subsequent permits and approvals about how the project should proceed (e.g., detailed route hearings, fisheries authorizations) are effectively ancillary or subordinate to this overall strategic decision.  Thus, the Cabinet order to issue the certificate is the key action from which all serious adverse impacts on Aboriginal title and rights associated with the Enbridge project would flow.

With clarification from the Supreme Court of Canada that consultation must occur before the Crown takes action that could adversely impact Aboriginal title and rights, the legal vulnerability of the federal government and Enbridge on this point is apparent.

And what of the Minister’s assurances in his June 17th statement that there will be Aboriginal consultations on future federal and provincial authorizations and permits? The Supreme Court of Canada dealt with this matter in its earlier decision in Haida Nation v. British Columbia in which the Chief Justice, writing for the court, concluded that consultation must occur at higher, strategic levels of decision-making, noting that consultation at the level of operational level permitting may have “little effect” if big picture decisions about development have already been made (at para 76).

All told, the Tsilhqot’in decision will have profound implications for all aspects of land and water use in British Columbia, but given the timing of the decision, perhaps none more so than the proposed Enbridge Northern Gateway tankers and pipelines project.