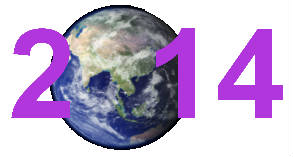 It’s been a busy year – with West Coast sounding the alarm on some major changes to BC’s laws and analyzing and commenting on other legal issues related to the future of our communities and planet.  Thanks to the magic of Google Analytics we’re able to give you our 10 most-read posts of 2014.

decision to approve the Enbridge pipelines and tankers project.

8.    Bill 24 – Agricultural Land Commission Amendment Act: undermining BC’s food security (April 2014) – Our analysis of the controversial Bill 24 was a key resource for those opposed to the Bill, which splits the Agricultural Land Reserve into two zones and reduces legal protection for zone 2 (which contains the vast majority of BC’s agricultural lands).  As a result of public outcry, the government did make some amendments to the Bill, although the final statute still does not provide good protection for BC’s agricultural lands.

7.    Why the NEB downplayed the impact of a major bitumen spill (January 2014) - The National Energy Board was quite dismissive of the possibility of a major bitumen spill from the Enbridge pipelines and tankers project, but shortly after it released its report, an Environment Canada study demonstrated that many of the NEB’s assumptions about the risks were flawed.

6.    Canadians have the right to know about fracking and tar sands chemicals (January 2014) – Environment Canada, in response to an environmental petition sent by West Coast and our allies, has agreed to require industry to disclose more information about tar sands mines, but has narrowed its interpretation about what information should be disclosed about fracking.

4.    Tsilhqot’in Nation v. British Columbia: Implications for the Enbridge tankers and pipelines project (June 2014) – The Tsilhqot’in Nation win at the Supreme Court of Canada was a wake-up call for anyone who doubted the legal clout of BC’s First Nations. Our Alert explains what this precedent setting decision means for Enbridge and for other companies seeking to build pipelines through unceded First Nations lands.

3.    Park amendment bill paves the way for industrial exploration (February 2014) – Our post warned British Columbians that Bill 4, the Park Amendment Act, allowed for industrial “research” in parks without defining that critical term. Although the Bill was ultimately passed, our work was taken up by Sum-Of-Us.org, which launched a petition against the Bill that was signed by over 166,000 people – one of the largest environmental petitions ever in BC.

2.    When a U.S. billionaire claims BC fish and lakes (March 2014) – Profiling one of our EDRF grant recipients, this post looked at the lawsuit between a resort and the Nicola Valley Fish and Game Club over whether fish and lakes on the resort’s property are public or private.

1.    Proposed BC Societies Act could invite litigation against non-profits (September 2014) – West Coast sounded the alarm about a proposed section of a new Societies Act that could make it easy for critics of non-profits to drag them into court. That alarm resulted in a joint letter from over 50 societies, thousands of letters from individuals to the Minister, a petition launched by the BC NDP and a reported statement by the Minister that the concerns have been heard and are being addressed.

A couple of notes about the above list: First, we did not include action pages – which are focused on inviting you to comment on proposed change to the law.  In most cases the action pages were related to blog posts that still provide more useful information and the actions on many of these pages have expired.  Approximately 17,000 emails were sent from our action pages in 2014.