Taseko Mines, what part of “No” don’t you understand? | West Coast Environmental Law

News & Events » Environmental Law Alert Blog » Taseko Mines, what part of “No” don’t you understand?
Back to top

Taseko Mines, what part of “No” don’t you understand? 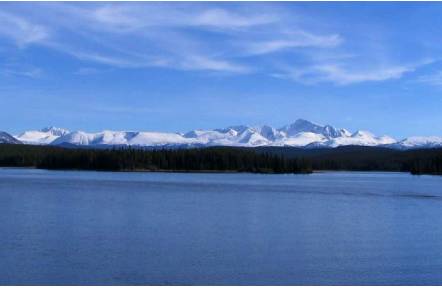 Last month, the federal government rejected Taseko Mines’proposal to build the controversial New Prosperity Project.  For a second time.  But Taseko is going to court arguing that the environmental assessment process that resulted in a “No” for the second time was based on an error, and that it should have yet another opportunity – through a process again largely paid for by the taxpayer – to explain why its mine is a good idea.

Despite recently replacing the Canadian Environmental Assessment Act with a law that weakens federal assessments, the Canadian government still managed to reach the right decision in this case.  We’re proud to have provided support to the Tsilhqot’in National Government throughout the environmental assessment processes through our Environmental Dispute Resolution Fund, and in our view this project needs to stay dead, and be buried once and for all.

The Prosperity mine fiasco should never have been allowed to go on this long.  Both federal and provincial environmental laws need to do a better job of giving a firm “no” to projects that are clear losers at an early stage.

According to its website, Taseko started examining the feasibility of developing the Prosperity gold deposit in 1998.  The main deposit is located under Fish Lake and so cannot be developed without destroying the lake.  It should have been obvious even back then that this project was a dud, but the company obviously felt that Canadian environmental laws related to not destroying fish-bearing lakes were open to interpretation.  In 2006, the company formally initiated the environmental assessment process for the Prosperity Mine.

But even a definite “no” was apparently not clear enough for Taseko, which expressed surprise that anyone would turn down a project simply because it destroyed an entire lake ecosystem (perhaps it was encouraged by the BC government’s willingness to say yes).  The company then proceeded to re-submit a proposal for the “New Prosperity Mine” which looked very much like one of the proposed approaches that had already been rejected by the first environmental assessment.  As we explained at the time:

West Coast does not believe that the New Prosperity proposal is substantially different from the options already reviewed and rejected by the federal review panel. EA laws should not allow a proponent to submit what is essentially the same project multiple times. To do so would be costly to tax-payers, create uncertainty for the public, First Nations and investors alike, and provide inadequate environmental protection. …

If Taseko’s “New” Prosperity is permitted to undergo another EA, a very poor precedent will be set. Such a decision would … encourage poor corporate behaviour in the conduct of EAs where proponents would be encouraged to submit the lowest cost/highest profit proposal, knowing they could re-apply with less profitable alternatives in the rare event that the proposal is rejected [and] …  show disrespect to the EA process itself, the thorough review that the members of the panel conducted for Prosperity, and the members of the public, organizations and First Nations who diligently participated in the federal and provincial processes to date.

But the Canadian Environmental Assessment Office apparently decided that it did not have the authority to refuse to consider this re-worked project and approved a second environmental assessment of it.

When the review panel conducting this second assessment again concluded that the Mine would put Fish Lake at risk and should not be approved, Taseko challenged its report in court, arguing that the process was unfair and that it did not have adequate opportunity to be heard.  In public, it argued that the federal Environment Minister should ignore the report when making her decision.

(As an aside, the Tsilhqot’in National Government, with support from West Coast Environmental Law, successfully applied to be added as a party to this legal challenge – so that their perspectives on the environmental assessment process and the importance of Fish Lake/Teztan Biny can be considered by the court.  The resulting Federal court decision allowing them party status is an important precedent on when First Nations and public interest perspectives can be added as parties in judicial review.)

Now that the Minister and the Cabinet have rejected New Prosperity (on the basis of the panel’s report), Taseko is challenging that decision too, again alleging that it hasn’t had an opportunity to be heard.  (Taseko has again not named the Tsilhqot’in National Government as a respondent, meaning that the Nation will need to apply to court if they want to be involved in this legal challenge).

It seems to us that a lot of government, First Nations and public time and money has and is being spent entertaining Taseko’s hope that “No” to the Prosperity Mine really means “maybe”.  The Tsilhqot’in National Government press release in response to Taseko’s latest legal maneuvering by saying Enough is Enough:

Enough is enough. It is time to end the pointless pursuit of a bad mine and move forward. That’s why the Tsilhqot’in will fight this second lawsuit, and why we are about to introduce our own Mining Policy, so that we never have to go through such a fight again.

Despite the federal government’s commendable decision in this case, the Canadian Environmental Assessment Act, 2012 politicizes the environmental assessment process, giving industrial operators more reason to hope that they will hear “Yes” instead of “No” for environmentally contentious projects.  Meanwhile, the BC government is sending signals that even parks can be “adjusted” to make room industrial development – an example of a disturbing unwillingness to say no clearly and loudly (that unwillingness may also be seen in the BC government’s ongoing support for the New Prosperity Mine).

We do need to say “yes” to development – but only where it is environmentally and socially appropriate.  We need to move towards stronger environmental laws that clearly set out the ground-rules for development, so that industry has certainty about when they will receive a no (and when they will be told yes, go ahead).  We’ve written before about the need to give certainty to the mining industry by being clear that certain areas are simply not appropriate for mining development, while others are.

But despite the uncertainty in Canada’s environmental laws, with two extremely thorough and expensive review panels from the federal government, and having been rejected twice by Cabinet, it seems fair to ask Taseko mines, “What part of No don’t you understand?”