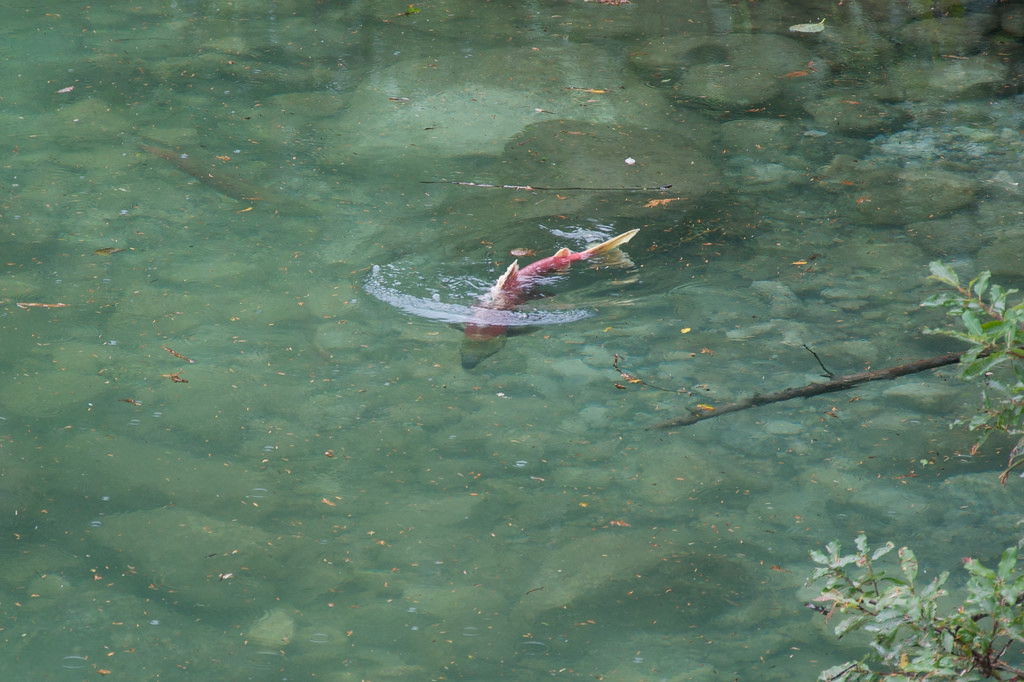 Momentum is growing to get habitat protection reinstated into the federal Fisheries Act through this petition. The petition got a boost when Margaret Atwood tweeted it to all her followers this past weekend – please circulate widely.

Below is a guest post written by authors from both coasts about the need to make this change to Canada’s law.

No habitat, no fish. That’s the slogan on old Fisheries and Oceans Canada (DFO) buttons. The science is clear: fish need habitat to survive and flourish. So when two budget omnibus bills substantially weakened the federal Fisheries Act provisions on fish habitat protection, an outcry  arose across the country.  Now’s the time to remedy this wrong. Restoring strong habitat protection for all Canada’s fish species will signal this government’s commitment to fish and to biodiversity protection.

The easy way to fulfill Minister Hunter Tootoo’s mandate letter commitment to ‘restore lost protections’ is for the federal government to repeal the controversial changes to the Fisheries Act that diminished habitat protection. Restoring the prohibition on habitat alteration, disruption or destruction, well known by the acronym HADD, is a straightforward amendment. And as this amendment has extremely strong support from First Nations, fishers and anglers, scientists, conservation groups, coastal communities, and many others, a prolonged consultation process is not needed. Similar to the quick actions it took to repeal laws that stripped some Canadians of citizenship rights and laws that made union certification more difficult, the government can repeal the legal amendments that weakened protection for fish habitat, and go one step farther to improve habitat protection.

Bringing in these changes, ‘Habitat 2.0’, is a step on the long path of reconciliation. Fish are central to Indigenous communities who, by exercising Aboriginal and constitutionally protected rights, can play a role in identifying key habitats that warrant protection.

Another quick and easy fix would be to amend the Act to create a public registry of applications to DFO and decisions on authorizations. As all the Ministerial mandate letters say: “Government and its information should be open by default.”

Of course, these quick fixes won’t solve all our fisheries issues. The Act is one of Canada’s oldest laws, passed shortly after Confederation. Though it has been amended many times, it retains an antiquated structure. It deserves a thorough overhaul, drawing on the deep expertise of First Nations and all Canadians, and learning from places with more effective fisheries laws.

There is no obligation to restore depleted fish stocks or prevent overfishing, despite Canada’s bitter experience with the collapse of the cod fishery. The Act has no obligation to reduce bycatch. Accessible data on the status of fish stocks relative to target and limit reference points should be mandated to allow the public to evaluate the state of fisheries, and improve DFO’s accountability. Fisheries management should prioritize ecosystem health, in addition to species and habitats.

The Act has no reference to climate change, though we know well that a changing ocean will likely shift the range and abundance of species, affecting both the availability of fish and, as a consequence, food security. Likewise, it does not specify ways to address cumulative effects on fish and their habitat. Endangered and threatened marine fish need more help than what has been offered by the poorly implemented requirement under the Species at Risk Act to list at-risk species. Because of gaps like these, coastal communities who rely on a healthy fishing economy are left without legal tools to protect their interests in a globalized world. Implementation of the UN Declaration on the Rights of Indigenous Peoples, another Ministerial mandate letter commitment, will also have implications for fisheries management.

All these issues can be part of a renewed legislative commitment to protect fish. One of Minister Tootoo’s key objectives is to “incorporate modern safeguards" into the Fisheries Act.

Modernization will take more time than the quick fix of restoring full habitat protection for all fish in Canada.

On three occasions over the past decade the government started to modernize the Act. All these efforts stalled. Now the government has made the commitment to real change. A body such as the House of Commons Standing Committee on fisheries, for example, can tackle this issue, informed by thorough reviews by, among others, the Royal Society of Canada Expert Panel on “Sustaining Canada’s Marine Biodiversity”, and by embracing the Principles of the judicial Cohen Commission of Inquiry into the fate of one of Canada’s most spectacular and valuable resources, Fraser River sockeye. Acting on that Commission’s recommendations is another mandate letter commitment for Minister Tootoo.

Yes to habitat. Yes to fish.

Click here to take action by signing the petition to restore lost protections under the Fisheries Act.

Linda Nowlan is a staff lawyer at West Coast Environmental Law.  See WCEL’s brief on “Scaling up the Fisheries Act”. Chief Robert Chamberlin, Kwikwasutinuxw Haxwa’mis First Nation, is Vice President of the Union of BC Indian Chiefs and Chair of the First Nation Wild Salmon Alliance. Jeffrey Hutchings (FRSC) is Faculty of Science Killam Professor of Biology at Dalhousie University, and Chair of the Royal Society of Canada's Expert Panel on sustaining marine biodiversity. Sue Scott is VP of Communications for the Atlantic Salmon Federation, an international conservation organization dedicated to the survival of wild Atlantic salmon and their environment.