Support for Oil Tanker Moratorium Act has history on its side 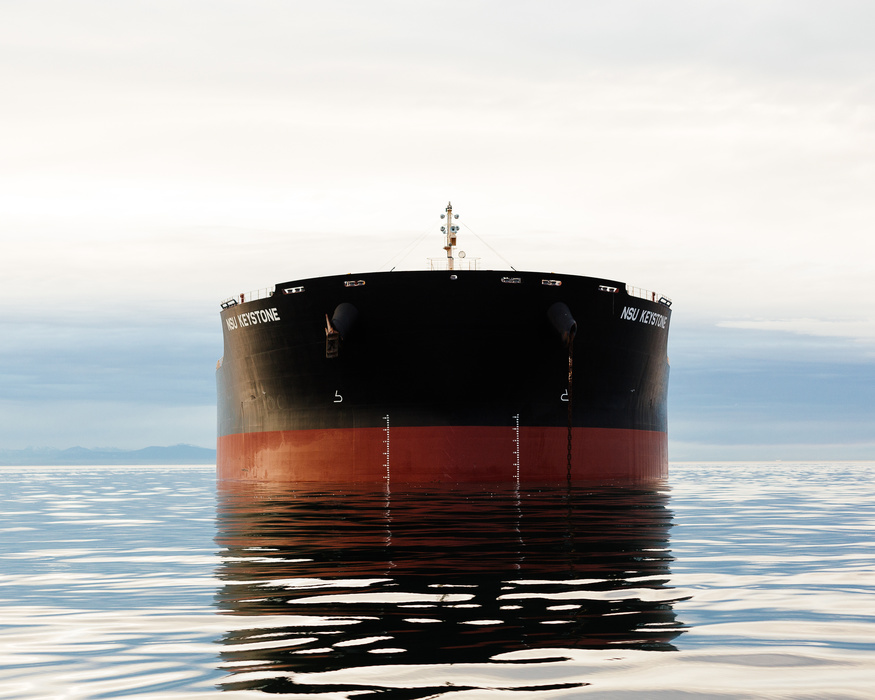 Efforts to protect BC’s northern coast go back half a century and are not to be taken lightly as the Senate considers killing Bill C-48.

Bill C-48, the Oil Tanker Moratorium Act, would protect a remote and unique region in northern British Columbia from the risk of catastrophic spills by prohibiting tankers carrying more than 12,500 tonnes of crude oil or certain other types of oil from docking, loading or unloading in Hecate Strait, Queen Charlotte Sound and Dixon Entrance.

It’s no fluke that crude oil tankers have never plied these waters. Bill C-48 would formalize a long-standing de facto moratorium as law, heeding the call of supporters such as the BC government, the Coastal First Nations alliance, the Union of BC Indian Chiefs, the Union of BC Municipalities, the United Fishermen and Allied Workers’ Union-UNIFOR and over 30 community and environmental groups in northern BC and throughout Canada.

Although Bill C-48 passed the House of Commons over a year ago, it has been sailing through rough waters lately. In a highly unusual move for a government bill, the Senate Transport Committee recently decided in a tie vote to recommend against passing Bill C-48, setting the stage for a Senate vote on the issue in the near future.

Supporters of Bill C-48 point to the globally unique ecology of BC’s north coast, the region’s extensive reliance on pristine marine waters for ocean-based economic activities and culture, and the dire consequences of a large oil tanker spill. They can point to something else, too: history. The long story behind the Oil Tanker Moratorium Act debunks many arguments against it.

To start, Bill C-48 is clearly not a new idea cooked up by the current federal government for political reasons. The historical record is very clear: there is almost half a century of efforts behind Bill C-48.

Some might be surprised to learn that in 1971 and 1972, the BC legislature and the House of Commons, respectively, passed unanimous motions opposing oil tanker traffic on BC’s coast. David Anderson, then a backbench MP but later a cabinet minister, has recounted his personal involvement at the time in securing a federal government policy announcement for “a ban on crude-oil-carrying tankers from the waters off Canada’s north-west coast.”

The ban was in response to intense public concern about a proposed oil tanker terminal in Valdez, Alaska. When the Valdez terminal was eventually constructed, Canada negotiated to keep those crude oil tankers well outside BC’s north coast waters. This arrangement evolved into the voluntary Tanker Exclusion Zone still in place today.

Debate did not end there, however. A proposed oil port in Kitimat in the late 1970s prompted the federal government to launch a commission of inquiry into oil tankers on BC’s north coast. Its 1978 report stated: “If an oil port is established at Kitimat there will inevitably be oil spills on the adjacent coast of British Columbia.” The commissioner noted, “Despite my familiarity with this history of determined opposition to tanker traffic, I have been surprised to find it so universal.” The federal government rejected the Kitimat oil port shortly afterwards, emphasizing that the location was not appropriate.

Reference to an oil tanker moratorium policy on BC’s north coast appeared in multiple federal sources between the 1980s and 2000s. However, the federal government backtracked on the nonbinding moratorium when the Enbridge Northern Gateway oil tanker project was proposed. In this context, calls grew to give the moratorium legal teeth. For example, in 2010 a majority of the House of Commons passed a motion calling for a legislated oil tanker ban in the area.

Bill C-48 would entrench the status quo, which has been upheld in practice for nearly 50 years. As Anderson points out, the de facto moratorium has not crippled the Canadian economy nor tarnished our international reputation. In this light, claims from some senators that entire provinces will be “devastated by this horrible legislation” do not stand up to the evidence.

It’s also hard to square former Alberta premier Rachel Notley’s claim that “it’s not a tanker ban; it’s an Alberta ban” with these facts. The north coast oil tanker moratorium policy arose in response to tankers carrying oil from Alaska, and was upheld to reject the Kitimat oil port proposal to import oil from the US, Indonesia and the Middle East. Importantly, the province of BC, Indigenous nations and British Columbians have also forgone development of petroleum resources along the north coast itself to maintain a high level of protection for the region. A federal moratorium has prohibited exploration and development of offshore petroleum resources in this area since 1972. These actions illustrate that the origin of the oil has not been a factor.

What of the argument that Bill C-48 is unprecedented and endangers our global reputation? Put simply, claims from some senators that the Bill would be “the only tanker ban in the world” are just plain wrong. Bill C-48 is in good company worldwide; in fact, it’s not even the first of its kind in Canada. In 1982, Canada passed a regulation prohibiting laden oil tankers in Head Harbour Passage, New Brunswick, in response to a proposed oil refinery in the United States. The oil refinery proposal was eventually abandoned and the regulation was later repealed for technical reasons.

Our southern neighbour is certainly no stranger to oil tanker moratoriums. US law has banned tankers in an area covering more than 5,000 square kilometres in the Florida Keys since 1990. Since 1977, US law has prohibited federal officials from issuing approvals that would lead to an increase (above 1977 levels) in crude oil tanker shipping in the Puget Sound region of Washington State.

All this context (and the constitutional role of the Senate) should be front of mind as senators entertain the idea of killing Bill C-48 or stripping it of its purpose. One of the most commonly proposed Senate amendments is a requirement that the law be reconsidered within five years (or some other period), based on the general sentiment of “Let’s not rush into this.” If the past 50 years have shown anything, it’s that the path to Bill C-48 has been anything but rushed, with submissions, studies and debates galore. Indeed, the objective of the Bill is to permanently entrench the policy decision to protect BC’s north coast from crude oil tankers and finally take the issue off the table. In this light, amending the Bill to mandate that it be periodically re-argued would defeat its very purpose.

Bill C-48 reflects the particular history of this region and responds to many decades of efforts by Indigenous nations, northern communities and citizens throughout BC and Canada to protect a remote and ecologically unique place from risks posed by crude oil tankers. Here’s hoping that the Senate sees a long future for a bill with such a long past.

This article first appeared in Policy Options on June 4th, 2019