Spills in BC: Will we be ready? Have your say | West Coast Environmental Law

News & Events » Environmental Law Alert Blog » Spills in BC: Will we be ready? Have your say
Back to top

Spills in BC: Will we be ready? Have your say 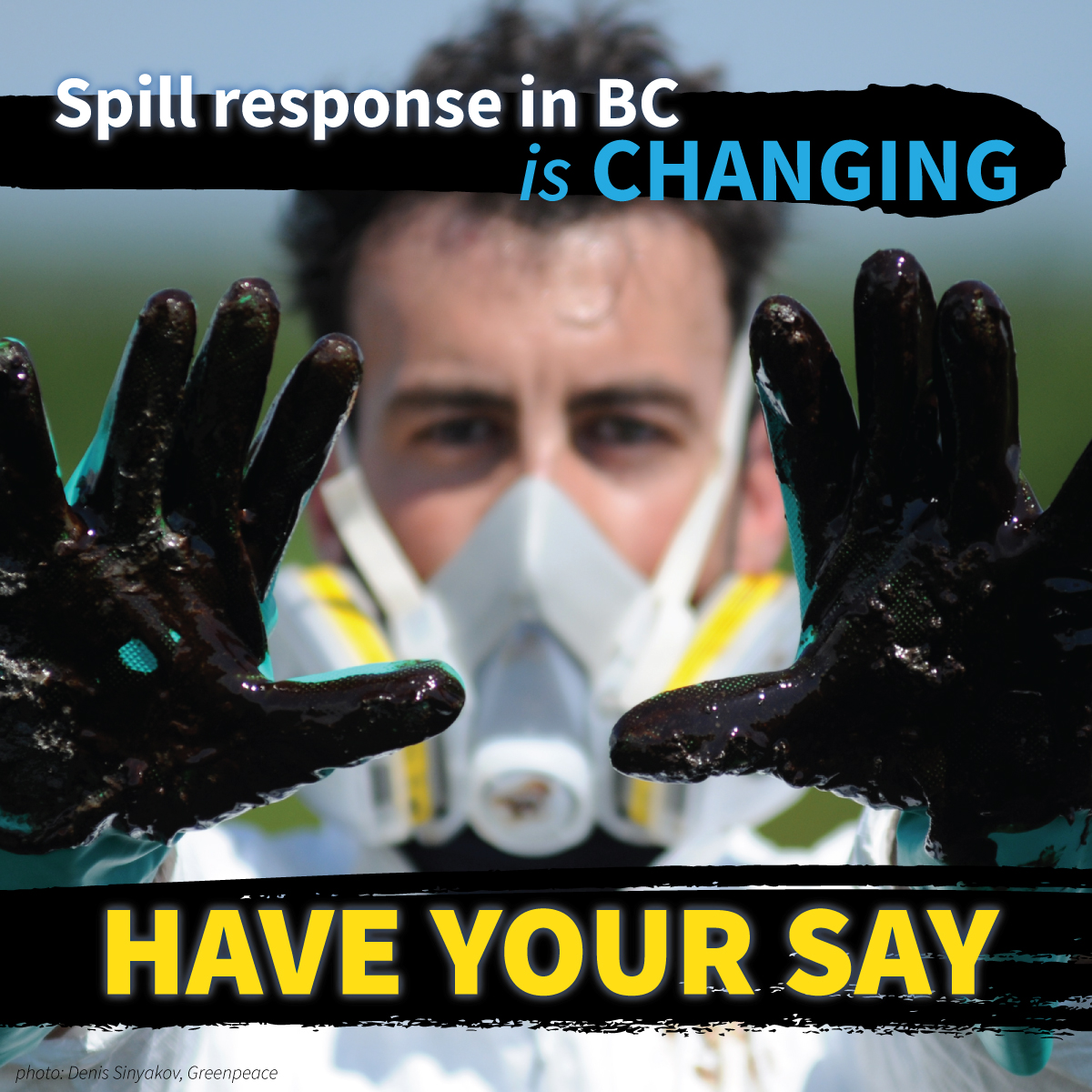 Would BC be ready for a major spill? Now is your chance to have your say.

The Government of BC is changing how we plan for and respond to spills in the province, and is holding a public comment period until June 30, 2016, on its proposed spill planning and response framework. West Coast has collaborated with our friends at Georgia Strait Alliance and Living Oceans Society to publish a backgrounder that can help you make your voice heard on the BC Government’s proposed spill response framework.

The backgrounder gives an overview of BC’s proposed spill response framework that includes information about what is changing, the key shortcomings of the proposed framework, how it relates to the BC Government’s positioning around oil pipelines and tankers, and how to get involved.

You can take action by reading the backgrounder and having your say using our spill response comment tool below. You can also submit comments on the BC Government’s website here.

What are the main issues at stake? Here are a few of the key points we’ve identified:

BC communities are at risk from toxic spills of hazardous materials that criss-cross our province by road, rail and ship every day. Our current spill response framework is spotty, unplanned and under-resourced, so this move to make improvements is welcome – but long overdue.

Government is leaving the fox to guard the henhouse

Unfortunately, BC’s proposed new framework is poised to leave control of spill response in the hands of industry, from planning through to cleanup. This would abdicate government’s fundamental responsibility to ensure the safety of communities, and would be entirely unaccountable to stakeholders, citizens and First Nations.

No protection from tar sands spills

The proposed framework also offers nothing to protect us from tar sands spills: the technology to clean up sunken bitumen simply doesn’t exist, and no amount of regulation will change that. The new framework cannot, therefore, be used to justify approval of the Kinder Morgan or Enbridge pipeline proposals, or any other new pipeline to transport heavy oil.

Here are three key shortcomings that you may want to consider addressing:

To have your say, please check out our backgrounder and use our tool below to provide a comment to the BC Government’s spill response engagement team.

SpeakOut: Have your say on BC's spill response framework

Climate and Energy
Tar Sands, Pipelines & Tankers
Back to top