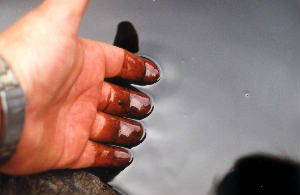 We’ve been clear that the roll-back of Canada’s environmental laws – legal environmental protection that Canadians have worked for decades to put in place – can only benefit the oil and gas, mining and other big industrial players, at the expense of our communities and the environment.

By gutting Canada’s long-standing environmental laws, the budget bill gives big oil and gas companies what they’ve been asking for – fewer environmental safeguards so they can push through resource megaprojects with little regard to environmental damage.  It is Canadians and our children who will pay the cost.

The government certainly doesn’t deny that these changes will benefit the oil and gas industry, although it is quick to dispute any suggestion that they are doing this to accommodate the industry and our view that the environment will suffer as a result.

Nonetheless, it may be useful to list, in one place, just how the oil and gas industry – which is getting a number of perks that are unique to the energy sector – is effectively subsidized by the changes to Canada’s environmental laws, and what the implications are for Canadians hoping for responsible regulation of the industry.   The industry has been actively lobbying for many of these changes for years, and now they have what they have advocated for.

The centre-piece of the government’s Budget Implementation Bill is an entirely new Canadian Environmental Assessment Act, 2012 (CEAA).  There’s a lot that it offers Oil Industry and other “Project Proponents” – the industrial players that have their proposed projects assessed – and a lot that should concern anyone who cares about democracy or strong environmental laws:

Whether in the oil and gas industry, or for other large-scale or environmentally significant projects, fewer, more narrowly focused, rushed environmental reviews are a recipe for environmental disaster, and it is taxpayers who will be on the hook for potentially multi-billion dollar clean-up and remediation costs.

In addition to the new CEAA, industries which tend to destroy fish habitat in the wake of their infrastructure or resource projects have reason to celebrate.  The Budget Implementation Bill repeals bans on destroying fish or fish habitat, replacing them with a much weaker rule against causing “serious harm” to fish – and only to fish that are considered useful enough to commercial, recreational or Aboriginal interests to warrant protection.

Seriously harmed is defined as only including situations where these “useful” fish are actually killed or their habitat is permanently damaged – maiming, deforming or stunting the growth of fish, for instance, does not amount to “serious harm” - a far weaker test which will quickly result in a real loss of fish and fish habitat over the long term.

The government has also signaled that it will pass regulations allowing some activities that might cause serious harm to go ahead without federal government approval or oversight.

The implications for pipeline projects is obvious.  The controversial Enbridge Pipeline and Tanker Project crosses over 1,000 rivers and streams on its proposed route from Alberta across Northern BC, to Kitimat, and anything which removes legal responsibility for damage to fish or fish habitat is good for that industry – but very bad for fish and for the rest of us.

Additional goodies for the oil and gas industry

But for the Oil and Gas industry – and specifically for the construction of pipelines – there are additional goodies.  Everyone knows that the law is supposed to treat everyone the same – but the Budget Bill:

That’s a pretty extensive list of special treatment for the oil and gas industry, on top of the many benefits that all large-scale industry is getting.  I guess that over 1,100 meetings over 3 years between industry lobbyists and senior federal government officials have paid off.

Canada’s environmental laws have been built up over decades, by Canadians whose focus was figuring out how best to protect the environment through the law.  Over the past several years the oil and gas industry has been lobbying hard to repeal and gut those laws, and now it looks as if they may be succeeding.  Canadian Association of Petroleum Producers has been lobbying for the “proposal repeal of the Fisheries Act and a new Fisheries Act.”  Energy Giant, Kinder Morgan, which is seeking to expand its pipeline from the Tar Sands to Metro Vancouver, so that it can ship oil from Vancouver to Asia and the USA, has been lobbying on: “an effective environmental assessment regime to enhance and streamline the assessment of pipeline development.”

And now it looks as if they may have succeeded.

But we take comfort in the fact that the vast majority of Canadians, of all political walks of life, and all backgrounds, recognize the importance of a healthy and clean environment.  We believe that Canadians care about clean water and clean air.

If you too care about laws that protect our natural heritage, please sign the petition at envirolawsmatter.ca, and spread the word – encourage your friends, family, neighbours to sign.  Because the “environment” is just another word for home, and Canadians take pride in looking after our home.