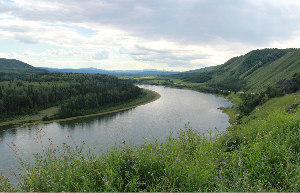 It has become a platitude to call transparency and accountability cornerstones of democracy, but the extent to which these “cornerstones” are respected under Canada’s and B.C.’s environmental assessment laws will be put to the test in four legal challenges to last month’s approvals of BC Hydro’s proposed Site C dam.

An $8 billion hydroelectric dam proposed on the Peace River just west of Fort St. John, Site C will directly affect the people of the Valley. Families, farmers and multi-generation homesteaders will see their lands expropriated, flooded by the 83 km-long reservoir. First Nations will lose lands and waters they have hunted and fished for longer than written history can trace. Roots to this land run deep, and a fierce, protective loyalty to it goes even deeper.

When nearly thirty years later BC Hydro resubmitted its proposal, many of those same people participated in the proposed dam’s joint federal-BC environmental assessment. As one repeat participant said, “This ain’t our first rodeo.”

For a little over one year, under the mandatory timelines imposed by CEAA 2012, the Joint Review Panel conducted the assessment, including a 30-day public hearing in communities in northeastern BC. Participants were given just 18 days from the date of the notice of hearing to prepare written submissions. Many groups, including our clients the Peace Valley Environment Association, as well as the Treaty 8 Tribal Association and the Government of Alberta, sought extensions of the submission deadline on the basis that they could not review the thousands of pages of BC Hydro documents and prepare expert reports within the deadline. While the Panel granted modest extensions up to the commencement of the public hearings, the timelines were still too tight for many participants to put together satisfactory analysis and evidence. (It is noteworthy that when BC Hydro was preparing its information, the “clock” marking the passing of the two-year window under CEAA 2012 for the completion of the EA stopped, giving the proponent unlimited time to compile evidence in its favour).

In May 2014, the Joint Review Panel issued its Report, which came to a similar conclusion as did the BCUC three decades prior: Site C would have significant environmental and social costs that would be unfairly borne by the residents of BC’s Peace Region, costs so high they could only be justified by an unambiguous need for its power, and BC Hydro has not satisfactorily demonstrated that BC needs the power yet. As we wrote in our summary and analysis of the Report:

The test [according to the panel] for whether BC Hydro should be allowed to build with Site C, then, is an “unambiguous need” for the energy it would provide. Without conclusive proof that BC will need Site C by the time it would start operating, the dam’s approval cannot be justified.

The key word in this conclusion is “justified”. As the Panel found, justification for the impacts of the Crown Corporation’s proposed dam lies in a clear and pressing need for its power. Absent proof of imminent need, the panel found that the governments would not be justified in approving the project.

Unlike in 1983, however, Site C wasn’t shelved. Both the BC and federal governments went ahead and approved the project despite the Panel’s recommendations. That governments should not follow a panel’s recommendations is not without precedent; however, what is alarming is that neither BC nor Canada addressed the fact that BC Hydro has not proven it – or the citizens of BC – need Site C’s power.

Made and announced separately, the federal and provincial decisions are strikingly similar: each references the Panel report, then approves the project without directly addressing the lack of a clear need for the proposed dam’s energy (and therefore the lack of a justification for the dam’s impacts). In other words, both governments ignored the advice of their own expert panel and approved the project without adequate justification.

The provincial approval took the form of an Environmental Assessment Certificate issued along with a Table of Conditions and a response by the EAO Executive Director to the Joint Review Panel Report. In that response, the Executive Director dismissed a number of the Panel’s key findings respecting the cost of and need for Site C. Those findings included that:

Despite the fact that the cost and need for the Site C were squarely identified in the EA Terms of Reference as one of the Panel’s core purposes, the EAO Executive Director concluded that the above findings were outside its mandate.  Accordingly, the Ministers responsible for issuing the EA Certificate ignored those conclusions and recommendations when approving the project.

Subsequently, the Peace Valley Landowners Association (PVLA), a group of landowners who will be directly affected by Site C and who participated in its EA, filed a Petition in the BC Supreme Court challenging the decision on the basis that by failing to consider the Panel’s recommendations, the Ministers were unlawfully failing to consider relevant information.

The federal decision took the form of a determination by the Minister of Environment that Site C was likely to cause significant adverse environmental effects, and a determination by the Governor in Council that those effects were justified in the circumstances. Along with the Order in Council, the Environment Minister issued a Decision Statement setting out conditions on the project approval. Neither the Order in Council nor the Decision Statement describe the justification or address the Panel’s conclusion to the contrary. A Ministerial Statement accompanying the Decision Statement mentions economic benefits, but the Ministerial Statement does not form part of the decision, nor does it address the Panel’s conclusion that Site C’s impacts cannot be justified due to a lack of a proven need.

Since it enacted the new, weaker CEAA 2012 two years ago, Canada has consistently failed to provide reasons for its decisions on projects that have been assessed for their potential environmental impacts. In addition to their judicial review of the provincial Site C decision, the PVLA has launched a legal challenge of the federal decision, as have members of the Treaty 8 Tribal Association (with a grant from West Coast’s Environmental Dispute Resolution Fund) and the downstream Mikisew Cree and Athabasca Chipewyan First Nations. The Treaty 8 groups have indicated an intention to challenge the provincial decision, as well.

Was the game fixed?

Federally and provincially, transparency and accountability have been giving way to closed-door decision-making. From the federal government’s muzzling of science and 2012 environmental law rollbacks that broadly restricted public participation, to two Orders in Council the BC government quietly passed this spring that removed the requirements for environmental assessments of sweet natural gas processing plants and ski and all-season resorts (the outcry, especially from First Nations, was so great that Environment Minister Polak rescinded the Orders two days later), the public is being systematically blocked from participating in and understanding the reasons for decisions that affect them.

Reasons are integral to a fair process. Procedural fairness is not about getting a desired result – there will always be diverging opinions – it’s about trustworthy processes. We know the batter walked because the umpire called four balls, and we know four balls means a walk because those are the rules. As the Supreme Court of Canada has held, reasons assure parties that their submissions have been considered, allow for meaningful review of a decision, and provide guidance for future processes.

Participants in Site C’s assessment, as well as the British Columbians and hydro ratepayers who will be footing the dam’s $8 billion bill, deserve to know why, despite the thousands of hours and millions of dollars invested into its review, both governments ignored the advice of their own expert panel and approved the project. How did they reach their decision? What factors did they consider? Why are the impacts justified? Was the game fixed?

Nobody wins when a decision results in a lawsuit. The legal challenges of the Site C decisions expose the risks of not ensuring transparency and accountability and restricting the public and First Nations’ ability to have in projects that affect them. The lawsuits create greater uncertainty and will incur significant expense for all involved.  To trust that Site C’s approval is reasonable, the process leading up to it must be fair, transparent and intelligible. Without clear justification, the parties cannot trust the process, and citizens cannot trust their decision-makers. For both the provincial and federal EA regimes, more robust public participation mechanisms and requirements for transparency and accountability would ultimately increase consistency and certainty for all parties involved, including proponents.

Amidst a growing trend of reduced transparency and accountability and restriction of meaningful public participation at both the federal and provincial levels, Site C is in many respects a bellwether for the state of federal and BC environmental assessment processes and environmental decision-making.

The forecast does not look good.

Photo courtesy of the Wilderness Committee.