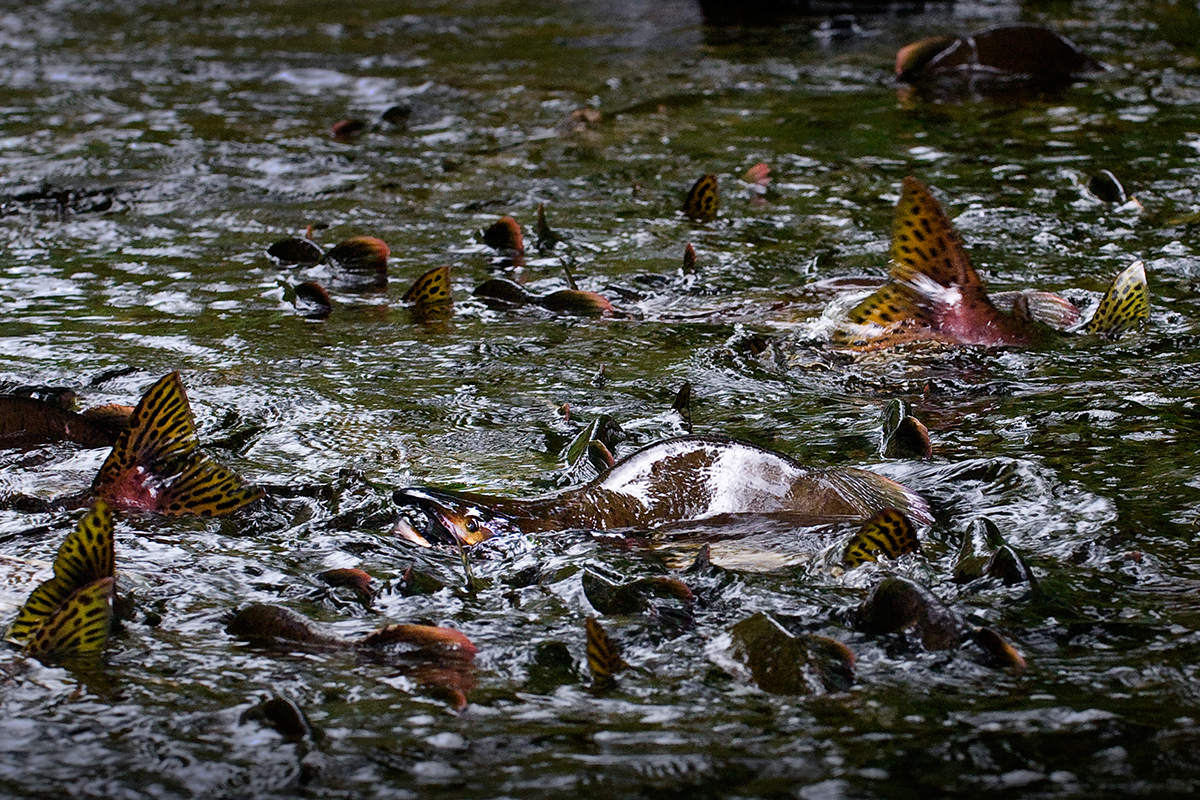 This past August, Fisheries and Oceans Canada (DFO) quietly unveiled new regulations that would drastically reduce federal oversight of the dumping of aquatic drugs, pesticides and waste into wild fish habitat by fish farms. The proposed Aquaculture Activities Regulations, which would allow companies to deposit anything from the emamectin benzoate (SLICE), a pesticide widely used in the aquaculture industry, to fish excrement and food waste, into fish habitat without a permit, constitute yet more federal environmental deregulation.

Earlier this month, the West Coast Environmental Law Association sent submissions to DFO expressing its concerns about the proposed regulations and urging it to uphold its responsibility for safeguarding our wild fish. As West Coast argued:

[D]ecisions to approve the deposit of drugs, pesticides and other deleterious substances into aquatic ecosystems should be made on a case-by-case basis, based on the best available scientific and Indigenous knowledge. Responsible decision-making should take into consideration site, species- and system-specific factors and the potential cumulative impacts of the deposits along with other activities, require monitoring and regular reconsideration of whether to continue to permit the deposits, and involve both First Nations consultation and/or co-management and public participation.

The proposed regulations would put wild fish at risk by doing just the opposite. By removing the requirement that fish farms obtain authorization to deposit potentially harmful substances into fish habitat, DFO would eliminate a crucial oversight by it and the Minister of Environment over the potential impacts of drugs, pesticides and fish farm waste on fish and fish habitat. It would also eliminate an important means of better understanding unanticipated short and long-term impacts of those deposits, as well as their cumulative effects.

According to DFO’s own research, SLICE builds up in ocean floor sediments and is believed could be harming other, non-target species, like Pacific spot prawns.1 We need to improve our understanding of whether finfish farms on BC’s coast could be impacting wild fisheries, not worsen it.

We are alarmed at the pattern of environmental deregulation and favouring of industry at the expense of fish and our environment (and the myriad businesses and jobs that rely on healthy ecosystems) we have seen from the Canadian government in recent years. As many readers will remember, in 2012 the federal government passed omnibus budget bills C-38 and C-45, which amended and repealed several of Canada’s core environmental laws at the request of industry. Bill C-38 gutted the Fisheries Act, reducing protection of fish habitat and eliminating protection of important fish species. It also replaced Canada’s environmental assessment legislation with a much weaker law that resulted in the elimination of over 3,000 environmental reviews across the country. In Bill C-45, the federal government eliminated protection over 99% of Canada’s lakes and rivers.

Now, it wants to pass regulations that would allow fish farms to pollute our oceans with impunity.

Fish are our livelihoods, our food, our heritage and the legacy we leave our children. In 2010, commercial fisheries were valued at over $11 billion and generated 82,646 jobs. Almost 3.3 million adult anglers fished recreationally in Canada, contributing $8.3 billion to local economies. Over 400,000 British Columbians sport fish in their home province every year.2

From sockeye salmon, cultural cornerstone of British Columbia, to the iconic steelhead, fish are woven into the culture and wellbeing of many Canadians. In 2012, the Commission of Inquiry into the Decline of Salmon in the Fraser River concluded that “British Columbians will not tolerate more than a minimal risk of serious harm to Fraser River sockeye from salmon farming” and that “consideration must be given to… the potential negative cumulative effects to sockeye from migrating past multiple salmon farms.” In a press conference, Commissioner Bruce Cohen stated, “In my view salmon farms should not be permitted to operate unless it is clear that they pose no more than a minimal risk to the Fraser River sockeye salmon.” It is time we stood up for this valuable asset and demanded strong environmental laws to protect fish and fish habitat.

We have a narrow window to oppose this give-away to the fish farming industry, and to send the government a strong message that we do not accept the weakening of Canada’s environmental laws to accommodate particular industries. DFO is inviting public comment on the proposed regulations until October 23rd.

We urge you to add your voice to ours and tell the government we need more, not less, legal protection for our wild fish. Please take a moment to send a letter to the Canadian government telling it to enact regulations that ensure the aquaculture industry does not come at a cost to Canada’s wild fish.

Send a letter to Prime Minister Harper, DFO and your MP. Or, if you prefer, you can send your own letter. You can review our submissions for ideas on what to say, and mail your submission to:*

*We strongly encourage you to send a copy of your submissions to your MP, your local voice for the environment. To find your MP and his or her contact information, use this lookup tool.