Reigniting a spirit of outrage on Earth Day 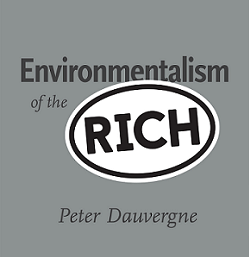 Today, April 22, we celebrate Earth Day, the day of action that started in 1970 and helped launch the environmental movement.

So what does a good environmentalist do on Earth Day? We’ll mark the day in parks to celebrate our love of nature. Or we’ll visit a farmers’ market and buy some organic produce. We might retweet a story about escalating extinctions of animals we care about. We may take to the streets in the March for Science.

No matter what shade of green we are though, UBC political science professor Peter Dauvergne wants us to know that it’s not enough.

As he writes in his provocatively titled new book, Environmentalism of the Rich, even though environmentalism has made “a real difference in how governments regulate, how corporations operate, and how people live”, overall this once hopeful movement is failing and failing badly. All signs point to a worsening environmental crisis: the climate is changing, we’re losing animals and plants at unprecedented rates, and pollution climbs. The Anthropocene is here and it is scary.

Over the course of 150 pages, he mourns the loss of the spirit of outrage in mainstream environmentalism, especially concerned that the biggest global environmental groups have muted their campaigns and become less radical.

For Dauvergne, environmentalism of the rich is when the environmental debate is framed by the 1% of the planetary elite who control half the world’s financial wealth. It’s when we all fail to consider the “underlying structures of exploitation, inequality and overconsumption.”  It’s when businesses partner with (some might say co-opt) NGOs on ineffective programs. It’s when NGOs run social media campaigns to shame business, which gain viewers but don’t spark deep-rooted change.

Greenpeace’s “Barbie Box” video starred a very sad Ken learning of Barbie’s complicity in rainforest destruction as her cardboard packaging was made from rainforest trees. The video went viral, and Mattel responded to the public outrage by changing its toy packaging practices, but still the rate of tropical deforestation continues to climb.

Dauvergne convincingly argues that environmentalists need to examine the historical roots of the environmental crisis, including the legacy of colonialism. His vivid vignettes of people and places are one of the pleasures of reading this book.

It’s tempting to retell them all, such as the heart-wrenching story of seven-year-old “Pablo,” a child stolen from Espiritu Santo (now Vanuatu) by Spanish explorers in 1606, to whom the book is dedicated. Dauvergne illustrates ecological imperialism by tracing the rise and fall of wealth on the tiny Pacific island of Nauru. It’s a fascinating and hugely depressing story about how phosphate mining briefly propelled Nauru into one of the richest countries on Earth per capita. That was before the ore was mined out, the island’s ecosystems were stripped, and the country was plunged into desperate moves to attract new sources of income, such as its current chief industry of prisons for Australian refugee claimants.

Dauvergne castigates corporations and government leaders for their relentless pursuit of the “business of more.”   He exposes the Achilles heel of corporate sustainability practices – no matter what changes are made to improve supply chain sustainability or ramp up energy efficiency, if the endgame is to sell more and more and encourage people to buy more and more, that’s wholly incompatible with reducing our overall ecological footprint. And we’re gambling with the future by “routinely introducing new chemicals and technologies with little understanding of the consequences for ecosystems or future generations.” 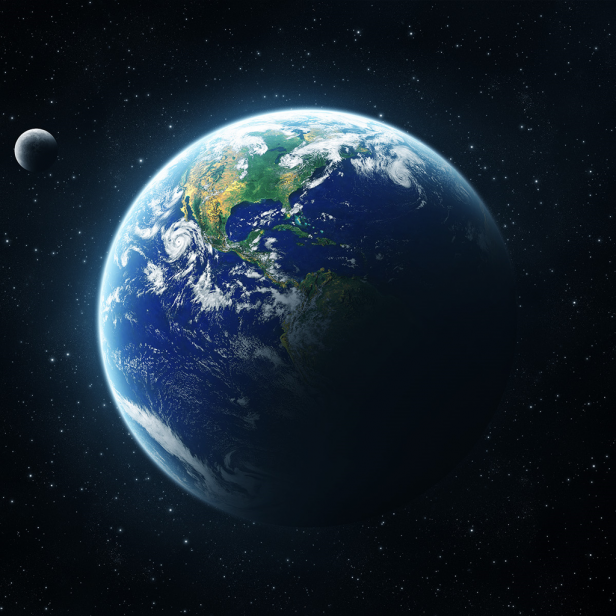 The past was unjust, the present is unsustainable, and the future is bleak for planet Earth. Environmentalism to the rescue… right?

The second half of the book charts the rise of the global environmental movement. The book is filled with Canadian heroes and anti-heroes.  He spotlights the “mindbombs” of Greenpeace founder Bob Hunter, and the “Buy Nothing Day” credo of Adbusters’ Kalle Lasn. He brings to life both radicals and rebels. But even as these individuals and groups triumph on occasion, the planet deteriorates.

What works best? Are the eminent Jane Goodall’s urgings for a critical mass of us to make “little changes” enough to change the direction of the planet? Or do we need more hardliners like the Sea Shepherd Society’s Paul Watson, who fight for the world’s whales and sharks by ramming boats and cutting driftnets?

Dauvergne does not condone the violence or sabotage of the radicals. But he does question the faith of the moderates who practice eco-consumerism, the environmentalism of the rich, and asks why rampant over-exploitation of resources and people don’t trigger more outrage.

Many other stories could have been included. Here at home, the story of First Nations’ successful court challenges against clear-cut logging and oil tanker and pipeline projects can’t be categorized as environmentalism of the rich. Dauvergne does not give enough credit to groups like these and others that are working to change the rules of the game, to keep fossil fuels in the ground, for example, or to bestow legal personality on elements of nature, as in the recent Whanganui river case in New Zealand. After all, whose legal rights should guide us in this perilous century ahead – the fictitious corporation or the river, tree or coral reef?

The book is not meant to right all of environmentalism’s wrongs, but to point out a major flaw in the way environmentalism is practiced today. And it succeeds in that mission, offering a way forward.

Instead of the ”stunningly ineffective” provisions we see in most international environmental treaties, Dauvergne argues that we need treaties that adopt ambitious timelines and heavy penalties for noncompliance. Even better, though Dauvergne does not spend much of his tale at the nation-state level, would be strong national environmental and human rights laws that provide real protections for ecosystems and the people that depend on them, and real punishments for violators. We need more environmentalists and environmental groups willing to tackle overconsumption, multinational corporate power, trade rules that trump sustainability, and state governance.

Most of all, says Dauvergne, we need to rekindle a spirit of outrage at the current world order so mired in extreme inequality and grossly unfair consumption.

Environmentalism has done so much to transform the political landscape. The green movement that gave birth to Earth Day is not only capable of doing so much more, it has to – if we are to keep our blue-green planet alive and thriving.