Raising your voice for the Enbridge JRP (in Victoria, Vancouver and Kelowna) | West Coast Environmental Law

News & Events » Environmental Law Alert Blog » Raising your voice for the Enbridge JRP (in Victoria, Vancouver and Kelowna)
Back to top

Raising your voice for the Enbridge JRP (in Victoria, Vancouver and Kelowna) 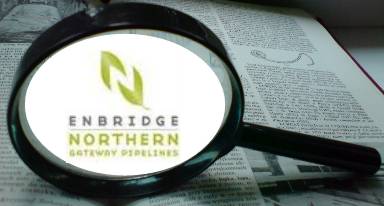 Well, tomorrow (January 4th) the Enbridge Joint Review Panel arrives in Victoria.  It’s in Vancouver on January 14th, and in Kelowna on the 28th.  So this is a big month in the southern part of our province for those concerned about the Enbridge Pipeline and Tanker Project.

If you’re registered to speak

If you’re registered to make oral statements to the Panel, now’s your hour (or more accurately, your 10 minutes) to shine.  But, as we’ve noted previously, you snooze, you lose with this process.  While people registered to present at the Victoria, Vancouver and Kelowna hearings did receive an email (unlike folks in some communities, and after we wrote to the JRP) inviting them to schedule their time to present, we’re still concerned that the JRP is not making it easy for scheduled presenters to find out when and where they are presenting.

The JRP did send an email inviting participants to read Direction #13, which tells presenters, and the public, where they can attend hearings: Delta Pointe Ocean Resort Hotel (in Victoria), Sheraton Wall Centre (in Vancouver) and the Sandman Hotel (in Kelowna).

But Direction #13 doesn’t tell presenters when they’re scheduled to speak, other than noting that some times have changed.  If you’re registered to make an oral statement in Victoria, then you can consult this document, which was emailed to presenters in Victoria only today.  But we haven’t managed to figure out where there’s a list of Vancouver and Kelowna presenters (we have an email and voice-mail in to the Process advisors); it seems possible that scheduled Vancouver and Kelowna presenters will be emailed closer to their dates, but if you need to remind yourself when you’re presenting before then, you’d better phone the process advisors.  These are the contact numbers:  1-800-899-1265 or 1-866-582-1884.

Watching/listening to the presentations

We have learned just today that presenters will be held in a waiting room prior to their presentations (from which they can watch the presentations by video), but even they are not being allowed to watch other presenters in person.  And after they’ve completed their presentation they are apparently banned from the waiting room, and will need to travel to the “public” viewing room (some kilometres away) to watch.  We are concerned that this will intimidate presenters, and also deprive them of an opportunity to watch what others are saying.

If you’re not registered to make an oral statement, then you may attend at another hotel location to watch via video.  Or you can listen to an audio livestream over the internet.

Of course, there are many individuals and groups that are concerned about the Enbridge Pipelines and Tankers Project who are offering other ways to express your views about the project – whether or not you are registered to make an oral statement.  Some events that we’re aware of include:

Details are still emerging of events in Vancouver, but we’ll update this page as we receive information.  Feel free to post information about events, or about what you’re going to be doing to make your voice heard on the Enbridge Pipelines and Tankers Project, in the comments section, below.

[Update - January 14th - With the Enbridge JRP hearings opening today in Vancouver, there's some new events to watch for.

The most visually interesting is Hope the Whale - a multi-media exhibition involving a 25 foot sculpture of a whale that "symbolize[s] the expansive and growing community of people with a vision of an oil-free coast in BC."  Hope should be at Nelson and Burrard from today until January 18th, and you can add your own messages of hope for BC's coast.

Want to know more? The following feed should keep you up to date about what's being said about the Enbridge JRPs and Hope on Twitter: