The oily elephant in the room in Election 2021 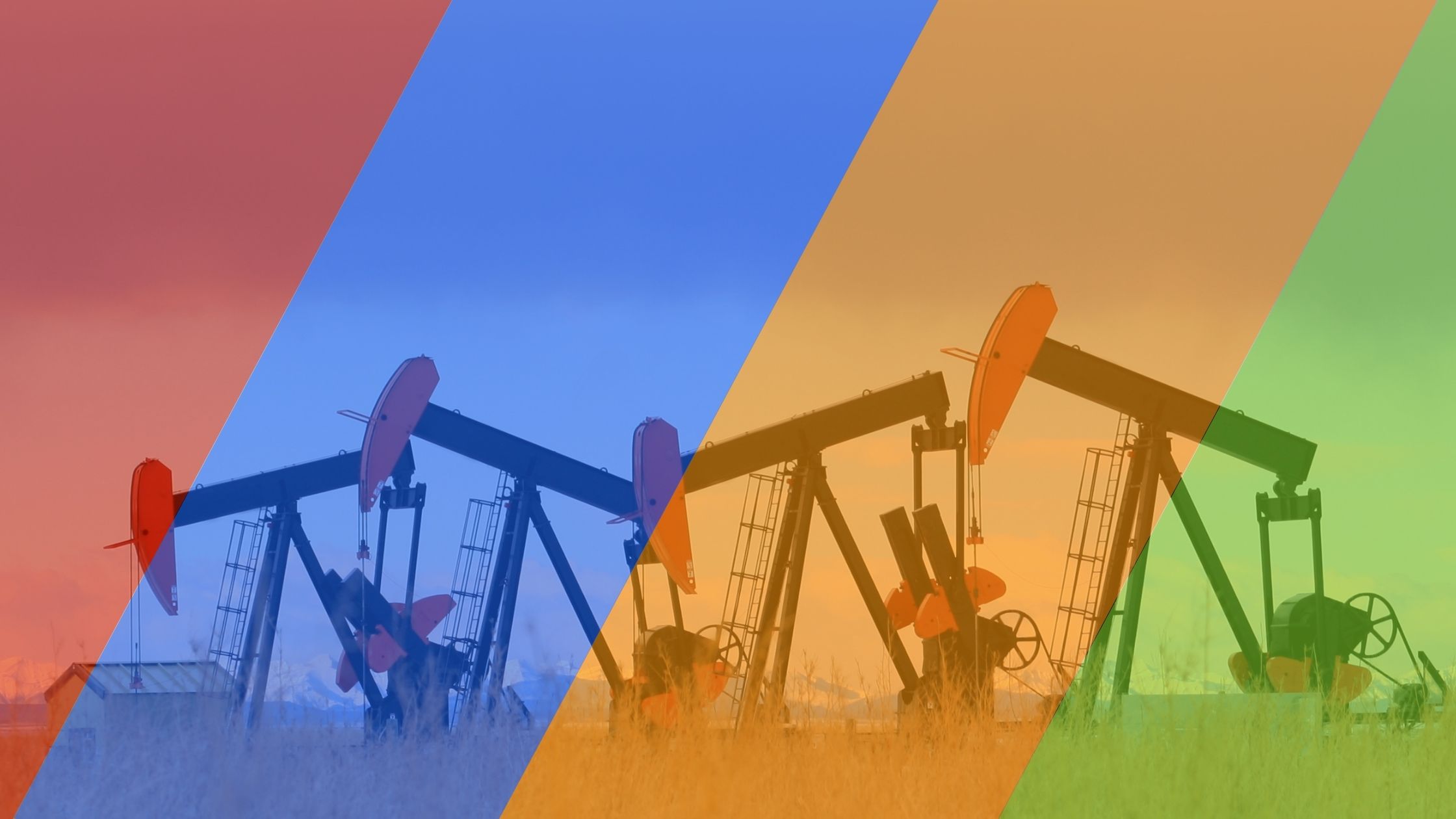 The 2021 election campaign is finally bringing us debates about climate change and how to tackle it. That’s as it should be: 569 deaths (and perhaps 10x that in injuries) in BC from the Heat Dome and thousands evacuated from wildfires should count for something on the campaign trail.

For the first time, all four major national parties have climate plans. But not surprisingly, not all plans are equal. In particular, the question of the role of the oil and gas industry in causing, and addressing, climate change is fast becoming a dividing line between the parties.

This blog post examines how the oil and gas industry’s role in causing Canada to miss its climate targets has traditionally been a taboo subject in Canadian politics – a taboo that is breaking down for many of the parties this election. We will then drill down (pun intended) into how the major party platforms grapple with the role of the oil and gas industry in Canada’s GHG emissions. (This is not a comprehensive review of climate plans; see here, here and here for the efforts of others to make such comparisons).

From a reality-based perspective, it should be obvious that we need to talk about, and regulate, fossil fuels. Fossil fuels are the fuel that drives climate change. As an ExxonMobil scientist warned in 1978:

[T]here is a general scientific agreement that the most likely manner in which mankind is influencing the global climate is through carbon dioxide from the burning of fossil fuels.

But in Canada politicians have avoided talking about that reality, or at least denied that it requires us to stop expanding fossil fuel extraction … and it shows in our greenhouse gas emissions.

The international community knows that tackling climate change means scaling back the oil and gas industry. The United Nations Secretary General recently said that the latest climate science “must sound a death knell” for fossil fuels, while the International Energy Agency warned that to meet global climate goals no new fossil fuel supply is required and set a milestone of “from today, no investment in new fossil fuel supply projects.” Academics too are advising that regulating oil and gas production is a necessary part of a climate plan and can be more economically efficient than regulating demand for fossil fuels.

And yet Canadian governments have been so committed to the expansion of the oil sands that Prime Minister Trudeau once got a standing ovation at a Texas oil industry conference for saying that no country would find 173 billion barrels of oil in the ground (the amount of proven oil reserves in the oil sands) and just leave it there.

Mr. Paul Fauteux, a former senior government official who worked on climate change for decades under both Liberal and Conservative governments, recently gave “a brutally frank answer” to a question from MPs about the reason for Canada’s missed climate targets. (video here – well worth a watch):

As a result, Canada's climate policy has had … in reality, as a main objective, the protection of Canada's oil and gas industry. It has not been truly designed to protect the climate.

Canada faces some stark choices about whether it cares more about making money or about protecting people from climate change. Unfortunately, until recently (and still, to an extent) the major parties have pretended that we can have both – insisting that producing oil while taking some action to reduce greenhouse gases is a balanced approach.

What the parties are saying

The different parties have taken different approaches to talking about oil and gas emissions this election.

The 5-year targets will begin with 2025 and 2030 milestones based on the advice of Canada’s Net-Zero Advisory Body.

This pledge has been heralded as the “end of fossil fuel expansion in Canada.” Justin Trudeau himself has reinforced that message, using this new promise to respond to criticism over his government’s construction of the Trans Mountain Pipeline Expansion (TMX):

“The biggest concern that people have around the pipeline is, ‘Oh, we’re going to see oil sands expansion,’” Mr. Trudeau said at a campaign stop in Granby, Que. “No, we’re not.”

“We’re not going to see an increase in those emissions. And that’s really important.”

However, the commitment raises a lot of questions, and some environmental organizations have expressed skepticism that a re-elected Liberal government would actually reduce fossil fuel production.

First and foremost, why is the Liberal Party building a very expensive pipeline expansion if the industry will have less oil to put into it? The Parliamentary Budget Officer has warned that TMX is likely to become a money loser as more stringent climate policies are adopted.

Second, as noted in the above quote, the pledge is to reduce emissions from the oil and gas industry, not to reduce production, leading to speculation that Liberal Party may be planning to ramp up Carbon Capture and Storage (CCS) and other technical solutions to emissions, rather than ramping down production.

CCS refers to technologies that capture carbon dioxide before it enters the atmosphere and then pump it under ground. In practice, there are a number of problems with CCS, from the fact that most real-world examples of the technology have resulted in a net release of GHG emissions to the reality that CCS doesn’t address the emissions from the eventual burning of the fossil fuels. (For more information, see this Environmental Defence Canada Report or for better entertainment value, but more swearing, here’s an informational video from the “Australien government.”)

Clearly the devil is in the details. However, good faith and transparent implementation of the promised targets would halt the expansion of oil sands production and result in some future reductions. Voters need to tell the Liberal Party that this is a priority and that we expect them to get it right if re-elected.

In addition, the Liberals pledge to phase out fossil fuel subsidies by 2023 (how this is consistent with the TMX pipeline is not clear), and increase regulation of methane released as a by-product of the oil and gas industry. They also pledge $2 billion to help oil and gas workers transition to clean energy jobs.

While the Conservative Party of Canada (CPC) platform includes a climate plan that has some positive features, Leader Erin O’Toole has already sparked some controversy in explaining that the platform promise to meet “the Paris Targets” doesn’t mean the current Paris Target of 40-45% reductions by 2030, but rather the obsolete and weaker target of a 30% reduction.

The Liberals believe that we can only reduce our emissions by “phasing out” entire industries and the jobs that provide a secure living for hundreds of thousands of Canadian families. Conservatives appreciate that we can’t build a greener future if Canadians don’t have jobs.

The CPC platform insists (despite the continually increasing amounts of emissions from Canada’s oil and gas industry) that “Canada’s energy sector has made massive progress in reducing its impact on the planet,” and that climate action is merely a matter of “helping them go further.” To this end, a CPC government would:

Although not in the platform, O’Toole also raised eyebrows by pledging to build the long-shelved Northern Gateway Pipeline that would ship oil from the north coast of BC.

Despite advances in its climate plan, the Conservative Party remains solidly committed to the political taboo of not acknowledging the huge role that the oil and gas industry plays in Canada failing to make its climate targets – or the reality that global markets for Canada’s oil may be drying up. They do not recognize any need to help workers transition in the oil and gas industry, because they appear to deny that the industry will face a decline.

First, the NDP promises “multi-year national and sectoral carbon budgets as a key guiding framework to develop Canada’s path to 2030 and beyond.” This commitment would likely identify a level of oil and gas emissions, and emissions reductions, required from different industries, including (presumably) the oil and gas industry. In practice, implementing this NDP commitment might look a lot like the much-heralded Liberal Party commitment to set five-year targets for the industry. (Note that the NDP platform was released before the Liberal Party made its commitment). However, because the NDP commitment covers all industrial sectors, it is not seen as targeting the oil and gas industry in the same way. As with the Liberal commitment, a lot of details are missing.

Second, the NDP pledges to eliminate fossil fuel subsidies, instead diverting public subsidies to “low carbon initiatives.” The platform also promises to enact a law to ban future oil, gas and pipeline subsidies, although it’s unclear how enforceable this could be in practice.

Fourth, NDP promises to close “loopholes” in the carbon tax given to big polluters, which certainly could include the oil and gas industry, although again details are lacking.

In a recent survey of the parties, the NDP answered “Yes” to a question about whether they commit to “a rapid phase-out of fossil fuels that supports workers, communities, and marginalized groups.” But while the NDP platform does contain commitments to create new, green jobs and training opportunities for workers, it does not discuss the “rapid phase-out” or how it might occur.

The Green Party rushes in where other parties fear to tread – putting a commitment to “end all extraction of fossil fuels” front and centre in its platform. From cancelling new pipelines (including TMX) and oil exploration, eliminating fossil fuel subsidies, and having a timeline to phase out existing oil and gas operations, the Green Party views oil and gas as playing a major role in the climate crisis.

In addition, the platform has a strong commitment to a just transition, ensuring that fossil fuel sector jobs are replaced with “high paying green sector job[s].” Those voters looking for a rapid phase-out of the oil and gas industry will want to give the Green Platform a close read.

As this post is written for a BC audience, and (frankly) as the author’s French is poor, it does not cover the Bloc Québécois, although it is worth noting that the Bloc platform does call for an end to new “interprovincial oil transport projects,” including both pipelines and intensification of oil shipping by rail.

Building a new future in Canada

To paraphrase Upton Sinclair, “It is difficult to get a country to understand climate change, and the role of fossil fuels in causing it, when its revenues depend upon its not understanding it.”

The reality is, of course, that Canadians are increasingly paying the price for the fiction that we can solve climate change without changing our fossil fuel economy. If we do not want Canada to be a petro-state, then we need a government that talks about the tensions between our current economy and a safe future, and that does not rely upon uncertain technological fixes to avoid dealing with that tension.

Banking on ongoing oil and gas production in a world that is moving away from fossil fuels may ultimately turn out to be economically, as well as environmentally, foolish.