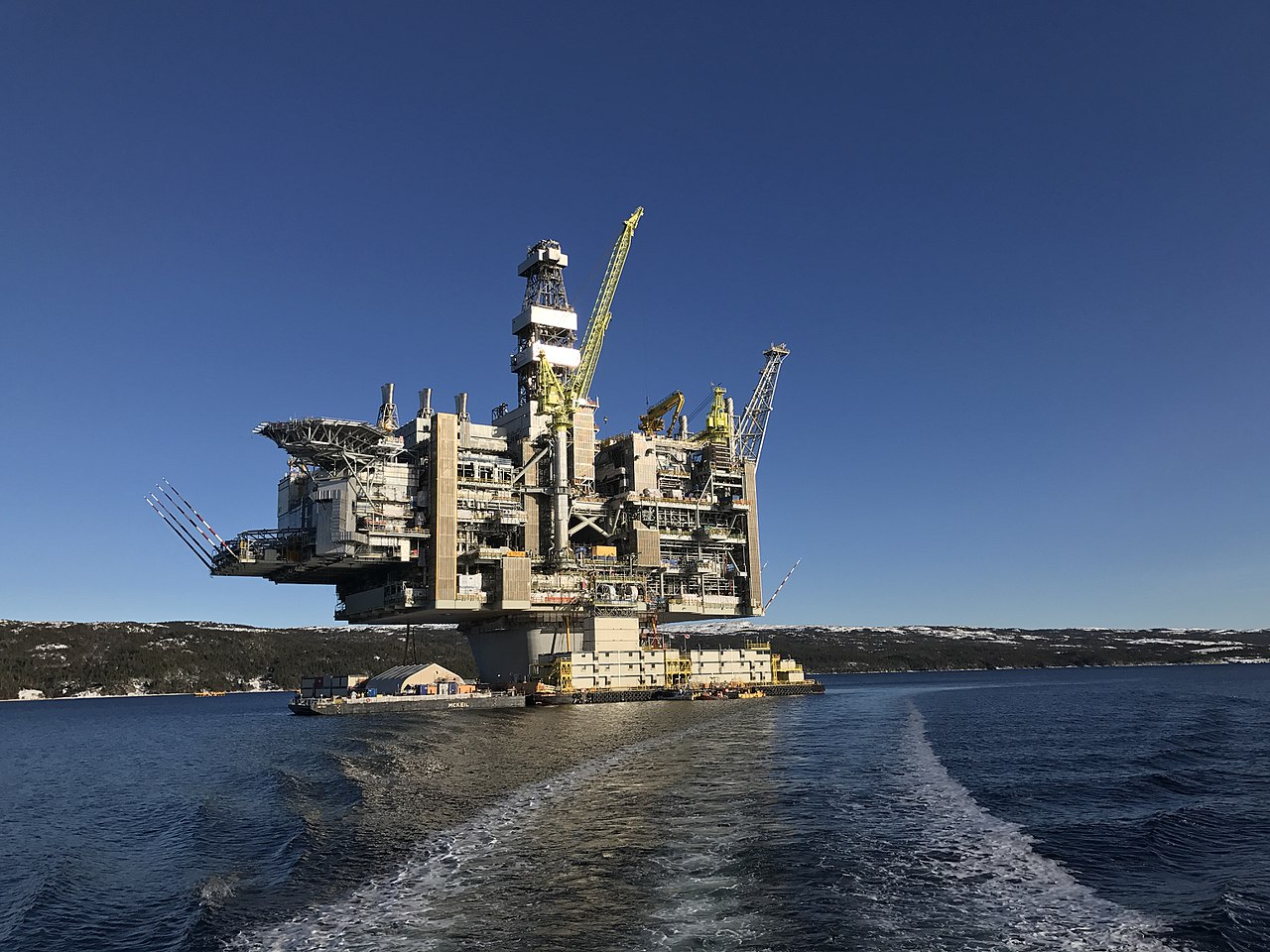 In the 1970s, Prime Minister Pierre Trudeau introduced a moratorium on offshore oil and gas drilling in the Pacific waters off British Columbia. David Anderson, a former federal cabinet minister, said that the moratorium and a related ban on inshore oil tanker traffic were introduced due to fears that the ecologically-rich BC coast would be devastated by an oil spill. "Those policies protected our coast. It's because of that, that region remains one of the few pristine areas left on the Pacific," Mr. Anderson said.

40 years later, in 2016, Prime Minister Justin Trudeau jointly introduced a ban on offshore oil and gas activity in the Arctic with then US President Barack Obama. The Canadian ban is reviewable every five years.

Trudeau explained the ban by speaking about risks of drilling in the Arctic, saying:

"Quite frankly, it has never been determined that it can be done safely...We make decisions based on science, and that's why we're working with the North, with communities, with the premier, with scientists, to establish the framework so that we can evaluate every five years... to make sure that moratorium is still relevant. But what we've done now is we're starting from a place where the ocean and the Arctic ecosystems will be protected by default.”

These moratoria currently protect the Canadian Pacific and Arctic marine ecosystems from the risks and impacts of offshore oil and gas activities. Studies have documented such impacts, which include harmful noise from seismic surveys used to explore for oil and gas, pollution from platform infrastructure, and the risk of oil spills.

On the Atlantic coast, however, marine ecosystems do not have consistent protection from these threats.

There at least two moratoria on offshore oil and gas development on the east coast of Canada. These include a jointly declared federal-provincial moratorium in Georges Banks, an important fishing area near Nova Scotia that is intended to help protect the ecosystem and fish populations in the area, and a prohibition on oil and gas exploration and activities within the Gully Marine Protected Area since 1998, following its identification as a Whale Sanctuary and Area of Interest by DFO in the mid 1990s.

The map below shows the inconsistent regulation of oil and gas activities across Canada’s coasts and marine protected areas. 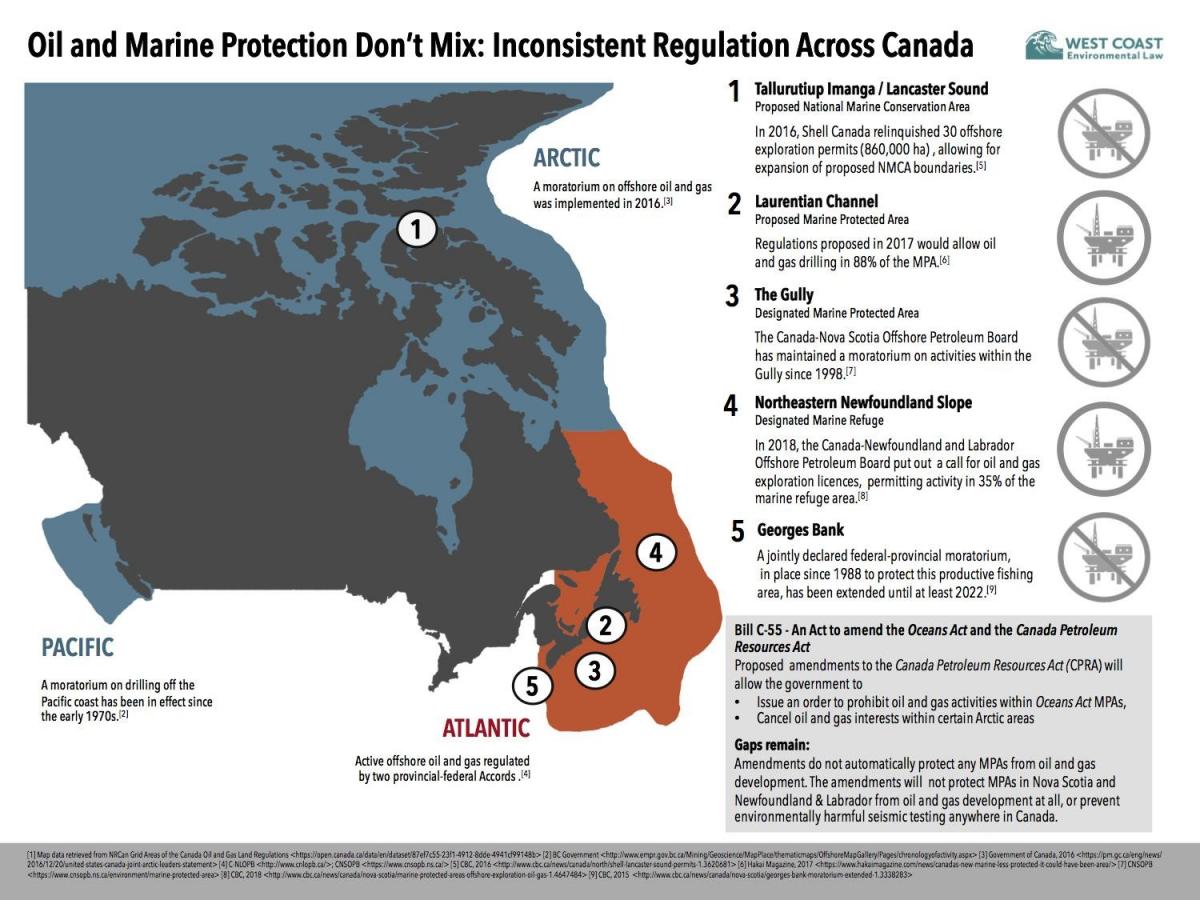 Like parks on land, marine protected areas (MPAs) are an important and effective tool for conservation of important ecosystems, designated to provide safe areas for wildlife and the habitats that are critical to their survival. Protecting areas of the ocean can have significant ecological benefits, including increased abundance and biomass of fish, and greater species diversity.

However, for these benefits to occur, MPAs must be fully protected.

Canada works toward international and national marine protection and biodiversity commitments, we are looking at the protections given to MP by the legal designations used to create these areas. There is no consistent legal standard to ban oil and gas activities from MPAs in Canada. In fact, the majority of Canada's MPAs allow extractive uses within their boundaries, and lack prohibitions on damaging industrial activities like oil and gas.

Canada needs strong marine protection standards that will conserve and improve biodiversity. Here are three ways you can take action: