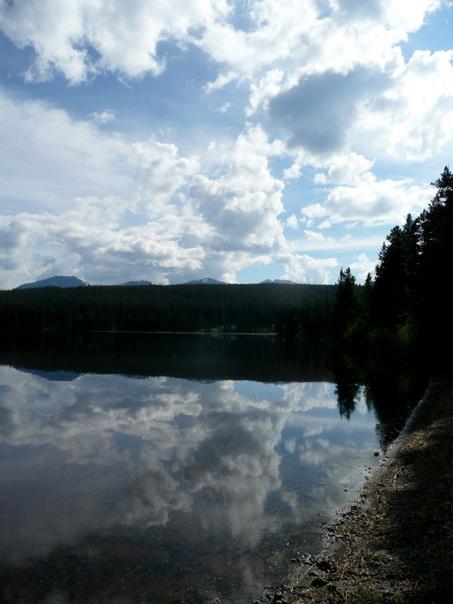 It has been some time since we updated our readers on where things are at with Taseko Mine Ltd.’s New Prosperity gold-copper mine proposal and the legal strategies being used to prevent it from going ahead as proposed.

The environmental assessment process for the proposal – like the assessments of a great many projects – has been affected by the wholesale repeal and replacement of the Canadian Environmental Assessment Act (with the new CEAA 2012) that we spent much of the spring campaigning against (You’ll no doubt recall our work with Black Out Speak Out and Save Canada’s Environmental Laws and our trip to Ottawa to make submissions to parliamentary and senate committees. The assessment will also be affected by changes already made and those likely forthcoming to the Fisheries Act.

Once the Panel is satisfied it has received sufficient information in the EIS and parties have notice of that EIS, the Panel will provide 30 days’ notice of the start of the public hearing.

What can you do now?

On September 14th, the federal Review Panel conducting the environmental assessment released three documents. Two describe the approach that the Panel proposes to use for “Confidentiality” and for the panel’s Hearing Procedures, respectively, and invites the public to comment on these procedures.

The third is the application form for anyone interested in participating in the Panel’s hearings as an “interested party.”

For all of these documents the deadline (for comments or for applying to be an interested party) is this Friday, SEPTEMBER 28th, 2012. The draft documents and the application form can be found here, and below we list their key points and our key concerns with each.

Keep in mind that the Confidentiality and Hearing Procedures documents are procedural documents - in that they are intended to describe the rules governing the Panel’s process and don’t relate to the substance of the hearings per se. There will be upcoming opportunities to make written (and hopefully oral) comments on the substance of the mine proposal directly the Panel as part of the public hearing process.

This document details how the upcoming public hearing will unfold. The Panel is proposing to hold three types of sessions during the public hearing:

Our top three points related to the draft Hearing Procedures, which you may want to consider when making a submission to the Panel, are:

This document sets out the process for requesting that information be submitted to the Panel in confidence. The default rule, which we generally support, is that all information obtained by the Panel for the assessment be made available to the public. However, there are circumstances where the public disclosure of information that is critical to the assessment could be detrimental to the interests – cultural, legal or otherwise – of some individuals or groups.

In particular this can be the case with traditional knowledge held by Aboriginal peoples, some of which may be considered sensitive and not appropriate for sharing with the public. There are many different types of information that Aboriginal peoples may wish to share with the Panel in order to provide evidence of the use of certain areas or resources, governance traditions, or potential impacts on people, lands, waters or rights.

The draft Procedure for Requesting Confidentiality permits parties to request that certain information be kept confidential, including a request to modify the Hearing Procedures to allow for the presentation of evidence at the hearing in a way that keeps the evidence confidential.

Although Taseko Mines Ltd. may apply for confidentiality on some of its own corporate information, we encourage individuals and organizations to write to the Panel in support of these draft Procedures. We also encourage people to emphasize that it is important to allow both written and oral evidence to be kept confidential in order to respect Aboriginal-rights related issues surrounding land and resource use.

The new CEAA 2012 allows for the Panel to set out a procedure for who can apply for ‘interested party status’ and then allows for the Panel to make a determination based on those applications. This approach to public participation and involvement in the assessment process is one we have had concerns with since its announcement and you can read more on the history of it here.

Fortunately, the Panel is still required to receive and consider “comments” from the general public and to summarize the comments in their final report (it is less clear that this is the case for Nathional Energy Board assessments of pipelines). This gives nearby residents and other interested members of the public some role – but not an ability to actually speak to the panel, ask questions of the experts hired to justify the project or to provide oral evidence as to their perspectives or the level of public concern. Further, as noted above, those without Interested Party status will only be heard from at the oral hearings if time permits and that written submissions supported by an oral presentation will generally be given more weight by the Panel.

We recognize that this Panel cannot change the legislation that it is operating under, and so our recommendation is for all those who feel they have important information to share with the Panel during the public hearing process apply for Interested Party status.

The Panel directions for applying for Interested Party status can be found at: http://www.ceaa.gc.ca/050/documents/p63928/81387E.pdf

Your written comments should be sent to the attention of Livain Michaud, Panel Manager, New Prosperity Gold-Copper Mine Project – Federal Review Panel @ NewProsperityReview@ceaa-acee.gc.ca

P.S. West Coast has been working on a video project to highlight the importance of public participation and local knowledge in the environmental assessment process. We have three videos rolling out soon, and two of them use the proposed Prosperity/New Prosperity process as a case study of the value of public participation and the real difference it can make! The photos (by Rachel Forbes) in this post are from a trip we took with the crew from Point Blank Creative in July to Tsilhqot’in territory and the beautiful Teztan Biny/Fish Lake area to shoot one of the videos.