News & Events » Environmental Law Alert Blog » Living Democracy from the Ground Up: Why Local Voices Matter
Back to top

Living Democracy from the Ground Up: Why Local Voices Matter 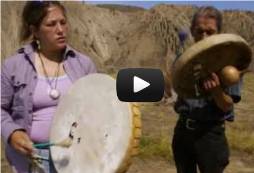 “This is your future, you tell me what you want me to know about all this.” – Justice Tom Berger

Living Democracy from the Ground Up is a mini-documentary series produced by West Coast Environmental Law that takes an up close and personal look and the impacts that individuals could feel on the ground from rollbacks to our environmental laws. The stories in the series demonstrate how robust and participatory environmental assessment is important to real people and communities and how consulting local people in the process leads to better projects. As Justice Thomas Berger says in Part 3 of the series, “that’s a lesson in democracy.”

If you think back to Spring 2012, you may remember that our federal government passed a massive omnibus budget bill, Bill C-38, which included changes to many non-budget related pieces of foundational environmental legislation and a complete re-write of Canada’s environmental assessment legislation. This massive bill received very little debate in Parliament and the public was basically shut out of discussion on it. West Coast, along with over 600 of our allies, sounded the alarm on this attack on our environmental safety net and affront to democracy, and a great number of Canadians joined us.

Despite herculean efforts by many Parliamentarians to make amendments to it, that bill passed into law. Our elected government has just passed yet another omnibus budget bill (Bill C-45), which further undermines the Fisheries Act and re-orients the Navigable Waters Protection Act so that it’s no longer about protecting our nation’s waterways.

With all of this happening, we wanted to explore some questions with you, the public:

Living Democracy from the Ground Up, Parts 1-3, features examples real stories from real people about their experience in being involved in (and also shut out from) decisions about the land they live on that would drastically affect their future.

As an example of what these changes could mean, we looked to the environmental decision  making process currently underway for “New” Prosperity Mine, a gold-copper mine being proposed for the interior of British Columbia.

The proposal, initially submitted as “Prosperity” Mine, received approval through the British Columbian environmental assessment process, but when it went through the federal environmental assessment process, it was rejected. The mine threatened to drain Fish Lake/Teztan Biny, and pollute its watershed with toxic tailings, which is linked to fishing grounds in the Chilcotin and Fraser River systems. For generations, members of the Tsilhqot’in First Nation have used that lake to fish and regard it as a sacred place; they have expressed that they are resolutely opposed to this mine as it is proposed by the proponent.

In an unprecedented move, the company put forward a second proposal for a mine that is strikingly similar to one of the options the previous Panel already considered and rejected, re-naming it “New Prosperity”. In the meantime, the federal environmental assessment rules (as well as other environmental laws including the Fisheries Act) have been changed.

Part 1 of Living Democracy from the Ground Up features Xeni Gwet’in Chief Marilyn Baptiste and other members of the Tsilhqot'in Nation speaking about the difference their voices have made and continue to make in the Prosperity and New Prosperity Mine assessments and the fight for Fish Lake.

In Part 2 of Living Democracy from the Ground Up, we hear from Siegfried Reuter, a former oil patch worker who has owned and operated Taseko Lake Lodge with his family for over a decade. The Lodge, which is adjacent to Fish Lake and Taseko’s proposed mine, was originally built in the early 1900s and is an example of low impact eco-tourism that allows visitors to explore the splendor of the BC wilderness. How do we balance resource development and big corporations' interests with the concerns of local businesses and families that will be negatively affected by potentially destructive projects?

Part 3 of Living Democracy from the Ground Up features Tom Berger, O.C., Q.C., in his role as Commissioner of the historic Mackenzie Valley Pipeline Inquiry that he led in the 1970s. Berger is considered by many to be the grandparent of environmental assessment in Canada. He speaks about the Inquiry and environmental assessment as a process by which the country can learn about an issue and that we should all be able to form a view about proposed resource development that will affect us.

The way that we make decisions about the environment that we all depend on is being rapidly changed, with no meaningful input from the people whose lives and livelihoods are affected.

It’s time to start a conversation about how we make these decisions about our future, and what we want our democracy to look like.

To learn more and take action, visit www.envirolawsmatter.ca – Have you signed the Save Canada’s Environmental Laws Petition yet?

West Coast Environmental Law is grateful for the support of the Law Foundation of British Columbia, Wild Salmon Ecosystem Fund of Tides Canada Foundation, The McLean Foundation and the Stewart Fund of the Vancouver Foundation that made this series possible.

Special thanks also to Point Blank Creative and their associates, the Tsilhqot’in Nation, the Reuter family at Taseko Lake Lodge, Tom Berger, O.C., Q.C., and the CBCVancouver Media Archives.

Thanks to Alternatives Journal for cross-posting this blog. You can read more about the Tsilhqot'in Nation in their story "No Means No."