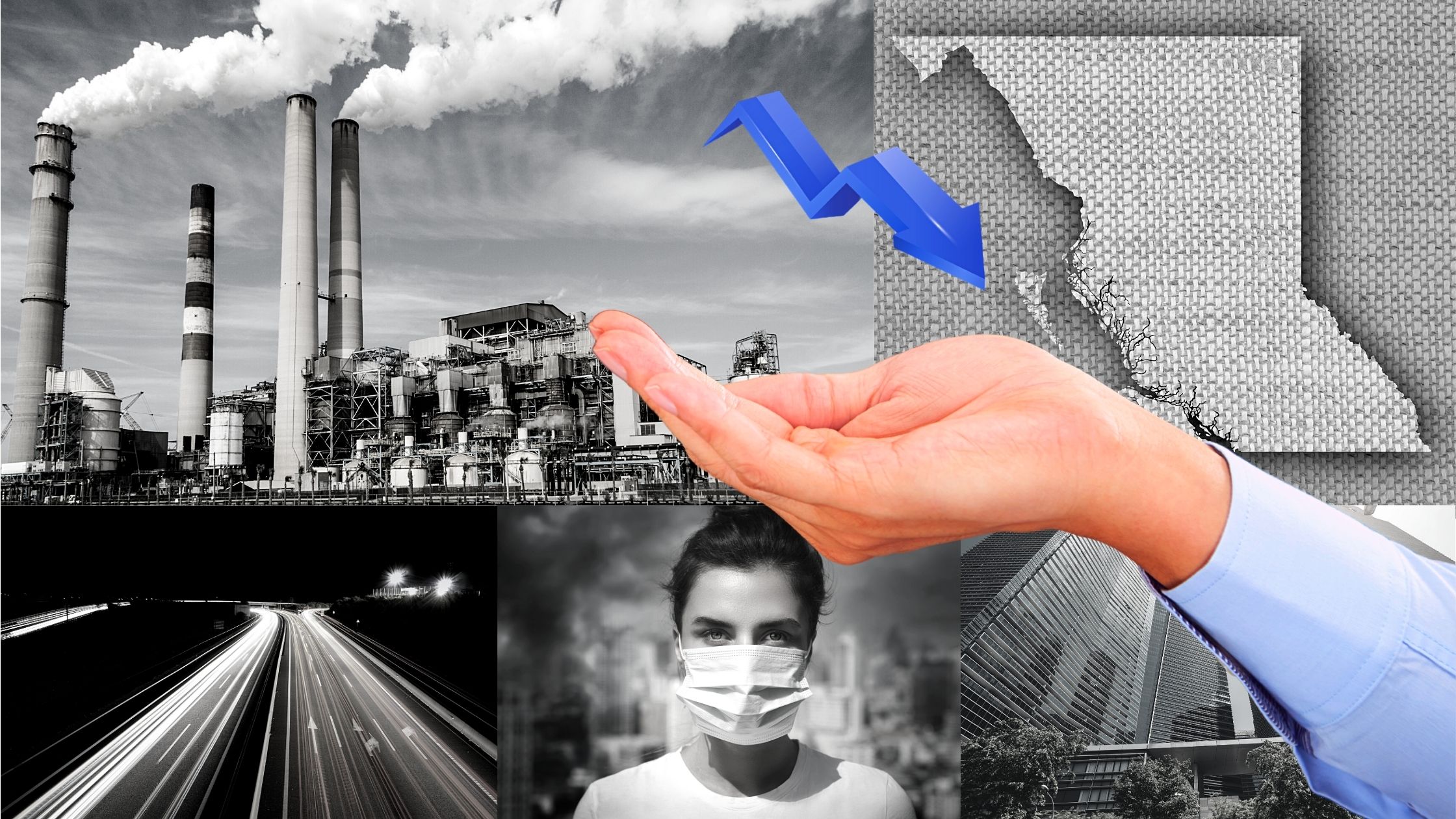 On 26 March 2021 the BC Government unveiled “sectoral targets” – a range of emissions reductions that different sectors of the BC Economy will (if all goes according to plan) meet by 2030. These are not binding on the individual sectors, but will guide government planning and progress reporting as we move towards the Province’s 2030 goal to reduce overall greenhouse gas emissions compared to 2007 levels by 40% by 2030.

New emissions expected from Phase I of LNG Canada – 4 MT

Does it make sense for all “industry” (except Oil and Gas) to be lumped together?

Ramp up the good work!

1. Sectoral targets can be an important tool in planning for the low carbon economy of tomorrow.

2. Don’t lump many different industries that are on different climate paths together.

3. Be honest about what BC (and the oil and gas industry) can and cannot build (and the auto industry can sell) if we’re going to achieve our sectoral targets. 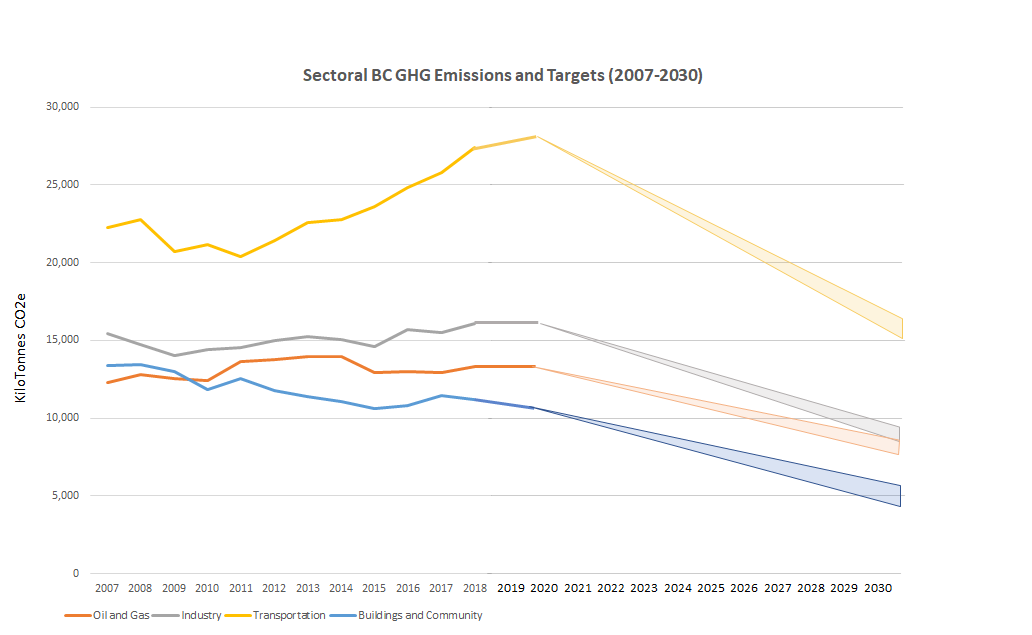 Notes: In order to make the above calculations, we made assumptions about what parts of BC’s emissions inventory would be counted towards each sector. (For example, we included pipeline transportation under oil and gas instead of transportation). The BC government may ultimately make different choices about which sector will be responsible for which emissions.

Annual damage estimates based on the Canadian Government’s Social Cost of Carbon. The Canadian government has recently said that these calculations are likely too low, and need to be revised.