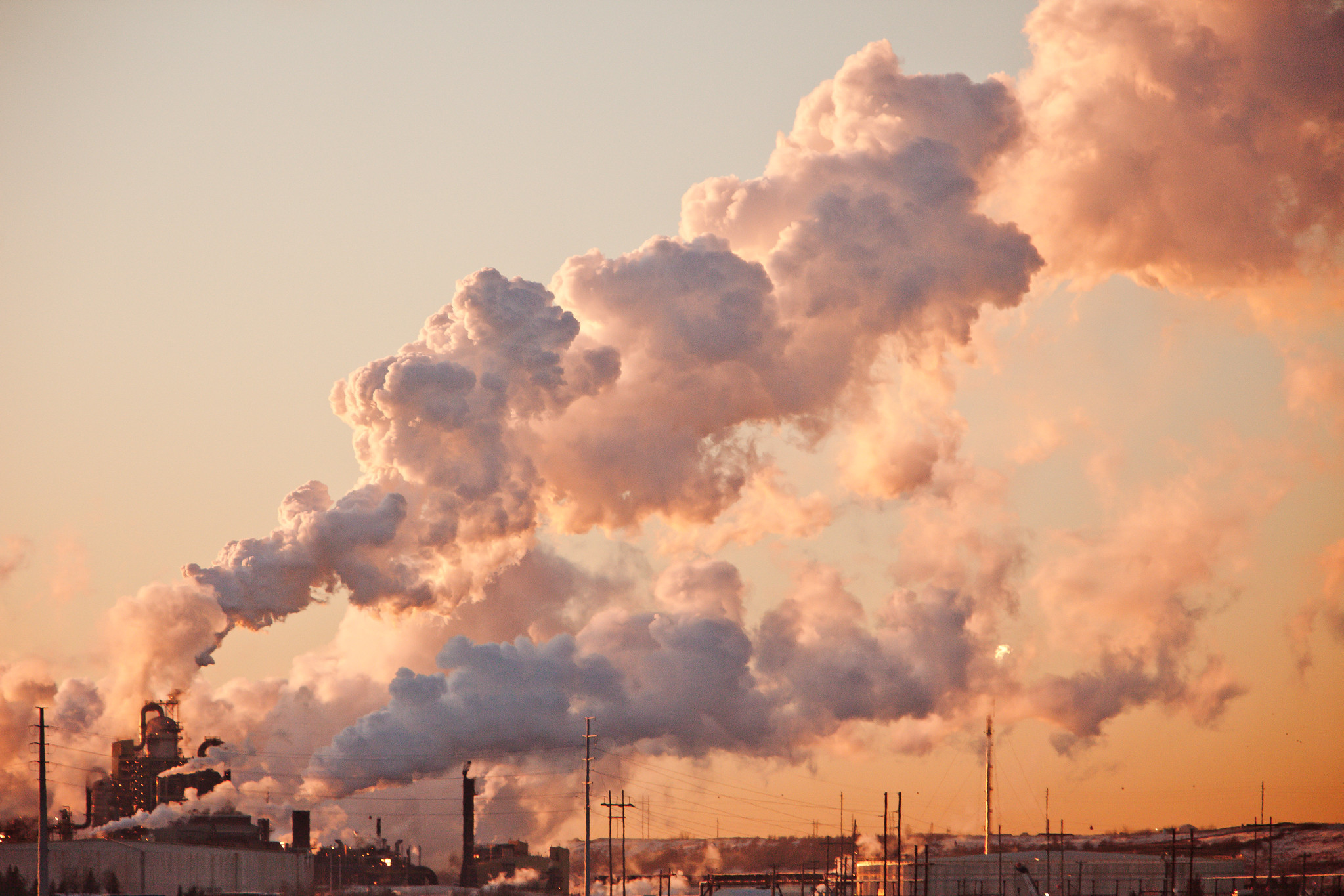 In July, Canada released a discussion paper outlining options and considerations for establishing a cap on oil and gas sector emissions, as part of its strategy for reaching its 2030 reductions target and achieving net-zero emissions by 2050. The discussion paper follows an announcement by Prime Minister Trudeau at the 26th United Nations climate summit in 2021 that Canada would impose a hard cap on greenhouse gas emissions from the oil and gas sector.

That commitment became an election promise, and then a mandate to the ministers of environment and natural resources to “cap oil and gas sector emissions at current levels and ensure that the sector makes an ambitious and achievable contribution to meeting the country’s 2030 climate goals.”

We’ve written previously about why an oil and gas emissions cap is necessary. Put simply, given the sector’s steadily-rising emissions and the fact that they already comprise 27% of Canada’s overall emissions, a cap will be critical for helping ensure Canada meets its 2030 and 2050 targets. This is an important opportunity for Canada to be a leader in the global clean energy transition, and implementing the cap will be a defining moment for the federal government’s climate legacy.

In this blog, we set out the key elements of a strong and ambitious emissions cap that would best make sure that oil and gas producers do their part in the national effort to reduce emissions. We have also created a letter-writing tool for you to submit your own comments about the emissions cap (click here). Right now, the government is seeking public comments about this important climate policy – industry and Alberta are running campaigns to stop the cap, and we need your support to make sure it does not get watered down to nothing.

Must-haves for a robust emissions cap

The government discussion paper sets out two options for implementing an oil and gas emissions cap: cap and trade, or increasing the carbon tax for oil and gas facilities under the Greenhouse Gas Pollution Pricing Act. Cap and trade is a much better option, for a few reasons.

First, increasing oil and gas facilities’ carbon tax would not actually be a cap; it would be tweaking the rules in order to meet a goal. The increase in carbon tax stringency would be set based on forecasts and modelling, which in turn are based on assumptions about things like what per-tonne price would incentivize industry to drive down emissions by how much.

In other words, the carbon tax option would essentially operate through educated guesswork. There would be mechanisms to periodically course correct – for example, every five years the sector’s emissions could be reviewed to see if they are in line with what they were projected to be, and the carbon tax could be raised if emissions are higher than the goal. But given the magnitude of the climate emergency and the urgency with which we must respond, we can ill-afford to keep missing targets.

Cap and trade, on the other hand, would be a hard cap on the sector’s emissions nationwide. Essentially, the way cap and trade works is that regulations put a limit (i.e., a cap) on the amount of greenhouse gases that emitters can produce within a prescribed period (e.g., annually). Government allocates emissions permits to facilities, and allows those facilities to trade emissions permits among themselves.

In the case of an oil and gas cap and trade program, the regulations would specify which oil and gas facilities are covered, and the combined amount of emissions that all those facilities are allowed to emit every year, starting the year the regulations come into force. Facilities would have to purchase the rights (or “allocations”) to emit each tonne of greenhouse gases it produces. The regulations would cap the number of allocations (essentially, tonnes of CO2eq) that government could sell or give away, with that number decreasing every year, and allow facilities to trade any surplus allocations.

Clear as mud? This short video from the EcoFiscal Commission helps explain things.

A big advantage of cap and trade is that if designed right, it would be an actual cap – a hard limit on how much the oil and gas industry could pollute each year, driving emissions down where we need them to go.

A second major advantage is that it would likely take less time to get up and running than a new carbon tax for oil and gas. A key reason for the shorter implementation time is that the Greenhouse Gas Pollution Pricing Act acts as a backstop, meaning that it doesn’t apply in provinces with equivalent pricing systems. Having a federal backstop is good, but negotiations with the provinces can take years, and a new tax for oil and gas could derail those negotiations. Therefore, cap and trade would provide more certainty, faster.

However, cap and trade has risks, and would have to be carefully designed to make it actually work. The rest of this blog talks about the design features we want to see in cap and trade, or any oil and gas emissions cap.

For too long, the oil and gas industry has been allowed to increase its emissions as other sectors have cut theirs. The science is clear that we must act now, and dramatically within this decade, if we are to avoid the worst impacts of climate change.

That’s also consistent with Prime Minister Trudeau’s pledge that the emissions cap would “cap oil and gas sector emissions today and ensure they decrease tomorrow at a pace and scale needed to reach net-zero by 2050.” Thus, the cap must begin immediately (we recommend capping sector emissions at 2020 numbers, which is the last reported year) and have a sharp downward trajectory to 2030.

Leading climate groups have found that Canada’s “fair share” of global reductions needed to limit warming to 1.5 degrees is 60% below 2005 levels by 2030, and oil and gas sector emissions should reflect that amount. As the sector’s emissions were 171 megatonnes of carbon dioxide equivalent (MT CO2eq) in 2005, that would make the 2030 cap 68.4 MT CO2eq.

At a minimum, oil and gas emissions should be cut by the same amount as Canada has pledged as its national target – 40-45% by 2030. Given the industry’s laggardly progress to date (its emissions have increased dramatically since industry leaders first pledged to reduce emissions in the 1990s), we believe its share should be the higher end of that range.

While a sector-wide cap suggests that it would cover all facilities within the oil and gas industry, there is a risk that some types of oil and gas projects and activities may be exempted. For example, the discussion paper asks whether the cap should apply to petroleum refineries and natural gas transmission pipelines, and industry is likely lobbying for exemptions. In our view, to be effective the cap must be comprehensive in scope, applying to all oil and gas facilities in Canada, regardless of whether they are subject to other emissions reductions requirements.

Similarly, the oil and gas emissions cap should apply to all greenhouse gas emissions, even if those emissions (like methane) are covered by other regulations.

The discussion paper suggests that companies may be able to use offsets to keep their emissions within their allocated limit under a cap and trade system. It also suggests offering “compliance flexibilities” – in other words, letting companies off the hook if they are not complaint with the regime – within the first years of a cap being in place, in order to give facilities time to bring their emissions down.

But as West Coast lawyer Andrew Gage argued in our submission on BC’s draft offset protocol, offsets are rife with problems, and can easily ignore the reality that emissions from burning fossil fuels release carbon that has been locked away for millennia. Even if that carbon is then sequestered by, say, trees, it is much more vulnerable to being burned back into the atmosphere. In other words, a tonne of carbon from the oil and gas industry does not equal a tonne of carbon from another sector, and cannot easily be offset. The oil and gas industry must reduce its actual, or absolute, emissions, in order to do its part.

Compliance flexibilities, for their part, risk not achieving the ambitious trajectory described above. Industry may argue that having some wiggle room in the early years may allow it to switch to technologies that will have far greater reductions in the long term, but that should not come at the cost of missing an ambitious cap or a modest trajectory. Any offsets or compliance flexibilities should only be allowed under limited circumstances, and facilities should be required to make up those missed reductions by 2030.

The federal government is seeking public comments on the oil and gas emissions cap discussion paper until September 30. Please add your voice to calls for a strong, ambitious cap that best ensures the oil and gas sector does its part in helping Canada achieve its fair share of emissions reductions.

Use the form below to send a letter to Environment and Climate Change Canada calling for a strong and robust emissions cap. For greater impact, we encourage you to personalize your letter and explain why you feel strongly about implementing an emissions cap to meet Canada’s climate targets.