Have your say on what projects undergo environmental assessment in BC 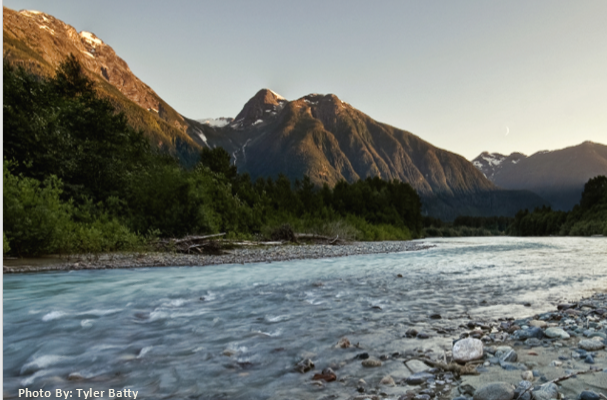 The BC Government is seeking public input until October 7, 2019, on its recent proposals to reform what projects are subject to a provincial environmental assessment (“EA”). This is part of BC’s commitment to revitalize EA in the province in order to “ensure the legal rights of First Nations are respected, and the public’s expectation of a strong, transparent process is met.”

We believe that BC has the right idea with a proposal to introduce additional thresholds for when EAs are required that would be based on impacts such as how much land is proposed to be cleared or how many greenhouse gases would be emitted. However, BC’s proposed new thresholds are unlikely to make much difference on the ground because they are set too high and they would only apply to certain categories of activities.

West Coast has produced a backgrounder with multiple case studies demonstrating that BC’s proposed reforms would not really alter the status quo, and recommending ways to strengthen BC’s approach in order to require more assessments where they are needed. This blog gives a summary.

The context for BC’s reform proposals

BC passed a new Environmental Assessment Act in November 2018, and plans to bring the new Act into force by the end of 2019, once it has developed a number of important regulations that determine how the Act will work in practice. One of the most crucial elements of the entire EA regime is the Reviewable Projects Regulation (the “RPR”), which determines the projects that are subject to assessment under the Act. West Coast has outlined elsewhere why the EA regime – including the RPR – needs reform, and we and many others have argued that more assessments are needed to better protect the environment and enhance public confidence.

The BC Government has now released a discussion paper outlining its proposed approach to reforming the RPR, and BC is seeking public input until October 7, 2019. (BC is also seeking input during the same time frame on how to improve public engagement in EAs).

What is BC proposing to change?

The Coles notes version of BC’s current RPR is that it lists categories of projects that are subject to EA, and then sets out thresholds to determine when an assessment is required for each type of project. The current thresholds are usually based on quantifiable project features like production capacity (for example, a proposed mineral mine’s production capacity in tonnes of ore per year). BC is proposing to keep this general approach, with some modifications, and also add impact-based thresholds that would require assessment of a project in a listed category if it proposes to cause one of four quantifiable impacts: (i) clearing more than 600 hectares of land; (ii) clearing corridors of land more than 60 kilometres in length; (iii) directly emitting more than 382,000 tonnes of greenhouse gases per year (i.e. more than 1% of BC’s 2030 climate target); or (iv) overlap with a prescribed protected area.

BC has also proposed thresholds for a new (and welcome) provision in the Act for “notifications,” whereby proponents of certain “non-reviewable” projects must nonetheless notify BC about their proposed project, so that it can be considered for special designation by the Minister to undergo assessment. While we address the notification thresholds in more detail in our backgrounder, including some ways they could be improved, generally speaking we believe BC is on the right track with notifications. Therefore the rest of this blog focuses on the thresholds for when EAs are required, where we believe there is a greater need for improvement.

Are BC’s proposed reforms any good?

The simplest way we can summarize our view of BC’s proposal for the new RPR thresholds is: “right idea, wrong execution.” In other words, adding effects-based thresholds to the existing production thresholds is a good idea that goes to the heart of the EA regime by basing requirements about what projects undergo assessment on the impacts the project will have. However, BC’s proposed effects thresholds appear unlikely to make much difference in the real world because they are set so high, and would not apply to any new categories of activities besides those already listed as a prescribed project in the RPR.

How could BC do better in reforming what projects undergo EA?

West Coast’s backgrounder sets out a series of more detailed recommendations to improve BC’s proposals for what projects undergo EA, but here are some highlights:

For further recommendations, see our backgrounder.

While BC’s new Environmental Assessment Act is an improvement over its predecessor, its strength will depend in part on what activities actually require an assessment. Have your say by October 7, 2019, on how BC should strengthen its approach to when provincial environmental assessments are required.