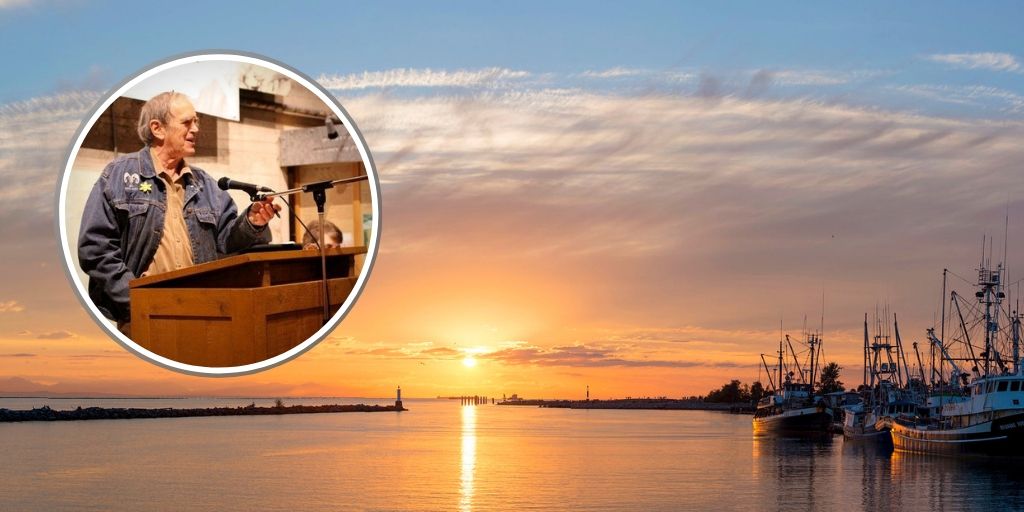 Despite having one the largest coastal and marine areas in North America, many people will be surprised to hear that British Columbia is one of the very few coastal jurisdictions on the continent that does not have a coastal protection strategy and law.

This is not news to Richmond City Councillor Harold Steves. If Steves had his way half a century ago, BC might now be seen as a world leader in coastal protection.

As an MLA in the 1970s, Steves unsuccessfully put forward a private member’s bill to create a provincial coastal commission act. Jump forward to 2020 and increased coastal development, major projects like the Trans Mountain pipeline and Terminal 2 container terminal expansion, and climate change are putting great strains on BC’s coast and marine areas.

It is clear that a provincial coastal strategy and law are needed more than ever.

Steves first got involved in politics in the 1960s, spurred by the threat of a proposed oil super tanker terminal at Garry Point that would have expropriated lands from his small family farm in Steveston, BC. To stand up to these threats, Steves helped establish one of the first environmental advocacy organizations in British Columbia, the Richmond Anti-Pollution Association.

Soon after, Steves became a Richmond city councillor and still occupies that position today, more than 50 years later. Steves is the longest serving city councillor in BC history.

With the super tanker terminal proposal defeated, in 1972 Steves was elected as an MLA in Premier Dave Barrett’s NDP government. Steves played a key role in the development of legislation to protect BC’s farmlands and estuaries. These efforts eventually led to the establishment of the Agricultural Land Reserve Act, one of BC’s most significant agricultural laws.

However, the protections that Steves had originally envisioned for the province’s estuary and coastal areas were not pursued by the government.

By that time, in the early 1970s, nearly every coastal state along the United States’ western and eastern coasts had already enacted coastal legislation. Frustrated that BC’s coastal areas were still not being protected, Steves introduced a private member’s bill in 1974 to establish a coastal commission act.

Inspired largely by Oregon’s coastal legislation, the act proposed to establish a coastal commission comprised of representatives from different stakeholder groups that would be in charge of coastal planning and development decisions. But without the support of the government, the bill was never enacted into law.

A partnership with federal, provincial, and local governments, FREMP coordinated decision-making for conservation and development within the estuary, and monitored the estuary’s health. Though it wasn’t backed up by formal legislation, FREMP was an improvement over haphazard development.

As we explained in an earlier post, BC’s approach to granting licences and leases up and down the coasts for the past 100 years – with no consideration of cumulative effects and concentrating development – has led to devastating effects on estuaries and coastal ecosystems. For instance, in the Burrard Inlet, more than 93% of the coastal wetlands that existed prior to colonization have been lost.

Fast forward to the present

Unfortunately, federal funding for FREMP was cut in 2013. This led to the closing of FREMP’s Burnaby offices, at which point the responsibility for estuarine decision-making was put in the hands of the Vancouver Fraser Port Authority.

With the Port Authority at the helm, Steves worries that his beloved Steveston home and the Fraser Estuary are once again threatened. “Where we are today is probably worse than where we were in 1968,” said Steves. Major industrial projects have been envisioned for the estuary – including the Port’s Terminal 2 expansion, the replacement of the George Massey tunnel with a bridge that will permit tankers upstream, and a jet fuel pipeline to the Vancouver International Airport.

“Where we are today is probably worse than where we were in 1968.”

The Fraser Estuary is by no means the only place along BC’s spectacular and ecologically significant coast that could benefit from greater provincial planning, coordinated decision-making, and monitoring. Since Steves first introduced his private member’s bill in 1974, the population of the province has more than doubled and approximately 80% of that population lives in coastal districts. This has led to increased development and conflicts between different groups who rely on the coast.

The environmental impacts of coastal development are being felt in many ways. Shellfish harvesting has been closed for almost 50 years along large areas of the southern coast because of contamination concerns. Salmon runs are at record lows. Shoreline hardening (the process of adding “hard” coastal structures like seawalls and jetties) is reducing the habitat suitable for the spawning of forage fish, which is putting the salmon and orcas that rely on them in peril. Add sea level rise and other climate change impacts, and it is safe to say that the coast is under threat like never before.

This is why the Canadian Parks and Wilderness Society (CPAWS) and West Coast are following in Harold Steves’ footsteps with the launch of the Caring for the Coast campaign, advocating for BC to adopt a coastal protection strategy and law.

The good news is that with so many other jurisdictions already adopting coastal protection strategies or laws, we have some good examples to draw upon. West Coast has prepared a brief called “Caring for our Coast” that considers examples of coastal strategies and laws developed around the world.

It is more urgent than ever that BC finally heed Steves’ call and ensure the coast remains healthy and productive, so that it can be enjoyed by future generations.

For more information on the Caring for the Coast campaign, please visit our website at coastalstrategybc.ca.