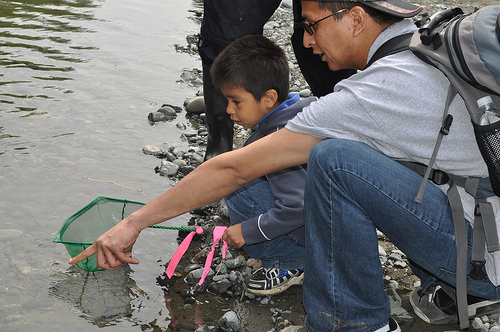 Last week (on July 13th), Madame Justice Wedge of the BC Supreme Court sided with the Halalt First Nation and suspended plans to pump water from the Chemainus aquifer to be used in the District of North Cowichan.  West Coast Environmental Law is proud to have supported the Halalt First Nation in their legal challenge through a series of grants from our Environmental Dispute Resolution Fund (EDRF).

The problem of water

British Columbians think of ourselves as rich in water.  But the fact is that even in BC, there is water scarcity – prompting the government to begin the politically charged task of updating the 100-year old Water Act that governs water use in the province.  Our technological power to pump and move water often gives rise to the assumption that we are free from the constraints of nature.  Urban developments are often approved in BC without adequate information about where water will come from.  In other cases we allow logging and development upstream from water sources, confident that clean water will still be available through treatment and technology.

Chemainus’s growing water use has for a number of years been putting strains on its existing water source – the Banon Creek Reservoir.  In addition to issues around water supply and demand, the City has suffered from 12 boil water advisories between 2005 and 2010 due to turbidity and contamination which (according to Madame Justice Wedge) was “caused primarily by logging activity in the Banon Creek Watershed.”

The desire of the District of North Cowichan to find another source of water is understandable, and several years ago the District proposed drilling deep wells which would allow it to access the Chemainus Aquifer.  (Despite sharing a name, the Chemainus River and Aquifer are actually located in a different watershed from the town of Chemainus.)

The District began provincial and federal environmental assessments of its proposed wells in 2003.  Early on it became clear from hydrological studies required during the assessment that the Nation was correct: the river and the aquifer are not separate and pumping from one impacts the other.

Thus began a series of negotiations between the District and the BC Environmental Assessment Office which saw the size of the proposed three wells scaled back, and back, as it became increasingly obvious that the aquifer could not support the proposed project.  By the end of these discussions one well had been temporarily shelved, and the assessment was for 2 wells, to be operated one well at a time and only from October 15th to June 15th.

Even then there was no hard hydro-geological evidence supporting the EAO’s conclusion that these reduced pumping levels would not cause a significant impact on the environment, and in particular the Chemainus River and the ecosystems it supports.  The environmental assessment also did not foreclose on the possibility of further future expansion of the amount of water pumped from the aquifer (a problem which has arisen in other environmental assessments).  Indeed, the court found that:

… at the same time [the EAO] was narrowing the scope of the environmental assessment to the operation of one well in the winter months, the District was telling [the Vancouver Island Health Authority] that it intended to shift entirely to groundwater and simply needed some time to achieve that goal.

Initially it was not at all obvious that the Halalt would be successful in their court challenge.  Their challenge rested on the claim that they had not been adequately consulted and accommodated about the impact of the wells on their Aboriginal Rights and Title.

Although the scientific basis for the environmental assessment office’s conclusion that the wells would have no environmental impact was questionable, the assessment process had resulted (at least in the short term) in the volume to be pumped by the proposed wells being cut in half, with restrictions on when the water could be pumped.  The EAO office claimed that these reductions in flow were directly in response to the Halalt’s concerns, demonstrating that they had been both consulted and accommodated.

Halalt and their lawyer, William Andrews, should be commended for bringing a legal challenge in the face of these arguments.  In weeks of hearings that were held over several months (two of our interns wrote about the hearing, as did the Halalt themselves), Mr. Andrews was able to demonstrate that the EAO failed to keep the Halalt in the loop in a meaningful way, and misled Halalt by telling the District that the EAO was unlikely to approve the project (as it was then proposed) while letting the District pursue half a dozen meetings with Halalt to try to persuade them to accept the project as is.  He convinced the court that the Halalt were entitled to a high level of consultation in light of Halalt having a good prima facie claim to Aboriginal Title regarding their Reserve and traditional territory; and that Halalt have an arguable case for ownership of the groundwater under the Reserve and their traditional territory.

Madame Justice Wedge’s discussions of groundwater and its relationship to Aboriginal Title is fascinating, although (because of the nature of the legal challenge) she does not rule on whether the Halalt actually hold such Title.  Equally important is the recognition that Aboriginal Title to the surface of the land may be inextricably tied to rights over groundwater:

The evidence establishes that there is not an impermeable barrier between the Chemainus River and the Aquifer … The two are intricately connected. The groundwater feeds the Chemainus River and influences its flow levels. The River is, and has been traditionally, integral to the lives of Halalt because of its fish and fish habitat, plants and bathing holes. It sustains the animals the Halalt people hunt and the plants they gather. The Aquifer’s groundwater is a significant source of the water levels for the entire length of the Westholme side channel. The Aquifer is of central importance to the sustenance of fish and fish habitat. The groundwater warms the side channel in the winter and cools it in the summer.

At the end of the day, Madame Justice Wedge concluded that the Halalt had not been adequately consulted and accommodated.  She notes that B.C.’s current Environmental Assessment Act, enacted in 2002,  is weaker than the previous Act at ensuring First Nations consultation occurs – comments which are certain to be of interest to other First Nations dealing with an environmental assessment process.

Madame Justice Wedge suspended the Environmental Assessment Certificate – preventing any further pumping from the wells – until the Halalt are appropriately consulted and accommodated.

Not surprisingly, the Halalt Nation is delighted.  Chief Thomas stated:

We’re glad the court recognized the strength of our aboriginal title claim and our interests in the groundwater. The band council and the Halalt community have been really strong about protecting the river and the aquifer that we rely on.

Some thoughts on Chemainus

However, it seems clear from the evidence that the Chemainus Aquifer cannot support the type of large-scale water withdrawals that the town of Chemainus requires in the long-term without significant negative impacts on the Chemainus River.  At one time it may have been acceptable to go ahead with the pumping regardless of these consequences for Salmon, the ecosystem, and the Halalt Nation, but no longer.

Instead, we hope that the District of North Cowichan will instead begin to examine the fundamental questions of how to protect the water in the Banon Creek Reservoir from logging and of how to ensure that the demands of current and future development are managed, and balanced with available water-supply.  We agree with the Chemainus Residents Association that:

North Cowichan has not properly investigated the costs of enlarging this reservoir and protecting this watershed from logging and other possible contaminants.

Perhaps in a future post we will discuss some of the legal tools available to water licence holders affected by logging.  Suffice it to say that the rights of water users relative to logging companies remains one of the less developed areas of environmental law in Canada.