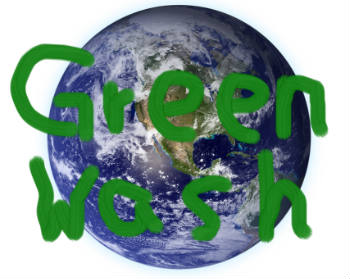 Last Tuesday (April 2nd), the Canadian Environmental Assessment Agency (the Agency) invited the public to give input on whether an environmental assessment should be conducted for a proposed Liquid Natural Gas (LNG) Export Terminal at Kitimat, BC. The $4 billion project, which would be built by Shell Canada, PetroChina and other oil and gas companies, is expected to produce 24 million tonnes of LNG per day.  The public can comment until April 22nd (which, coincidentally, is Earth Day).

Here’s how the Agency puts it:

“Strengthened”?  “Modernized”?  In what way is CEAA 2012 strengthened, compared to the old CEAA?

And it’s not just this press release that contains this language. Do a Google search for the phrase “strengthened and modernized Canadian Environmental Assessment Act, 2012” and you get (at the time I post this) 63,900 hits – all or almost all of them a government-generated Agency press release, website or other publication.

Clearly Canadian government spin doctors are trying to brand CEAA 2012 as strong – despite the reality that CEAA 2012 has greatly weakened - or in many cases eliminated altogether - environmental assessments in Canada, falling short of Canada’s international environmental commitments. As for whether weakened environmental laws are “modern” or not – we certainly hope not.

Against this, CEAA 2012 does contain some improved enforcement provisions (although arguably there is now less substance to ‘enforce’). But any independent assessment would hold that CEAA 2012 is substantially weaker than its predecessor. For example, this review by Dalhousie Law Professor and environmental assessment (EA) expert, Meinhard Doelle concludes:

The shift in responsibility for the EA process, the discretion introduced to the application, the changes to the process, the narrow scope, new powers of delegation, substitution and equivalency, the more restricted role of the public, all go counter to the improvements to CEAA 1995 suggested in the academic literature. …

The government claims that these changes were necessary because of overly long environmental assessments, and backlogs. But a study released this past month in the Canadian Journal of Fisheries and Acquatic Sciences demonstrates that environmental assessments were generally completed in a timely manner, and that there were no backlogs. As Derrick de Kerckhove, the study’s author, explains:

You're really doing a potential disservice to Canadians by scrapping a system that was working really well rather than tailoring the more difficult reviews for those larger economic projects.

Image adapted from a picture of earth by Azcolvin429 with permission under a Creative Commons - Attribution Share-alike 3.0 Licence.