Is this glass half full, and what should it cost? | West Coast Environmental Law

News & Events » Environmental Law Alert Blog » Is this glass half full, and what should it cost?
Back to top

Is this glass half full, and what should it cost? 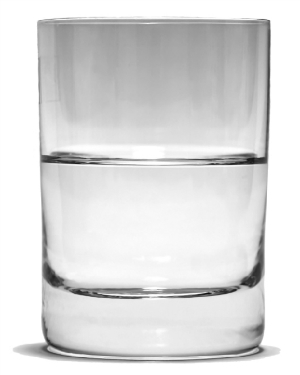 Is this glass half full, and what should it cost?

Last Thursday (February 5th) the BC government unveiled its new pricing framework for water use in BC.  2013 revelations that Nestlé was paying virtually nothing for the 265 million litres of well water it pumped each year from the Fraser Valley made many British Columbians understandably upset. The new pricing for BC water was undertaken after extensive public consultations, in which, the government reports, “a consistent message from British Columbians was that water is undervalued.”

Despite the strong message that the public wants higher value placed on our invaluable water resources, the new pricing regime for BC water still clocks in as among the lowest in the country.  The new rates are in most cases double the old rates, but because we started out with very low rates, it’s still not very high:

This is the first update to the water fee and rental structure since 2006. Across Canada water rental rates vary considerably, for example, up to $70 per 1000m3 in Quebec and over $140 in Nova Scotia for some purposes. B.C.’s new rental rates range from $0.02 to – $2.25 per 1000m3 and will continue to be among the lowest in the country, taking effect in 2016 when the new WSA comes into force.

The government says that for home owners on municipal water systems may see an annual increase of $1-2 per year.

Home owners and domestic users are one thing - we want to make certain that people get water for basic needs – but, as the province heard, we do need to price our water appropriately.  The fact is that in our society we are more likely to value and conserve resources if we have to pay for them.  For water use beyond a basic threshold, we need strong economic incentives for people, and businesses, to be efficient with their water use.

The price of water for most uses has doubled. Ground-water users, like Nestlé’s water bottling plant, will be paying for the first time.

The government says that the increased fees will “recover the costs of administering the new Water Sustainability Act,” which makes sense, although we look forward to seeing more detail about exactly what “costs” are covered in this claim; perhaps we will be enlightened in the upcoming budget.

The province is moving ahead to implement the Water Sustainability Act by January 2016.  As we’ve written previously, there are a number of good features in the Act (although some disappointments as well).

As we noted above, the new rates are still very, very cheap.

How about some prominent industrial uses?

The above “use” fees do not include an initial “application fee” for new operators, which for industrial operations can be anywhere from $250 to $10,000, depending upon the type of operation and (in some cases) the amount of water authorized by the licence.  But those fees will not apply to existing operations – just new ones.  Even for new ones, the application fees are spread over the lifetime of the project.

It is hard to imagine that these prices are going to allow the government to recover the costs of administering the Water Sustainability Act, despite the government’s insistence that it will, let alone provide a signal to the market that will help to reduce unsustainable water consumption.

So what do you think our conclusion should be? Should we applaud the BC government for a step in the right direction - a first modest increase in water prices and a step towards the implementing the new Water Sustainability Act? Should we perhaps encourage them to undertake a new review of prices in a few years?  Or should we blast these new, “improved” prices as woefully inadequate?

Reading between the lines, you may (correctly) sense that we fall into the glass is half empty camp.  But tell us what you think in the comments section, below.  How would you put a price on water?