Gender-based analysis-plus in impact assessment: What it is, and why it is important (hint: it’s not just about jobs) | West Coast Environmental Law

News & Events » Environmental Law Alert Blog » Gender-based analysis-plus in impact assessment: What it is, and why it is important (hint: it’s not just about jobs)
Back to top

Gender-based analysis-plus in impact assessment: What it is, and why it is important (hint: it’s not just about jobs) 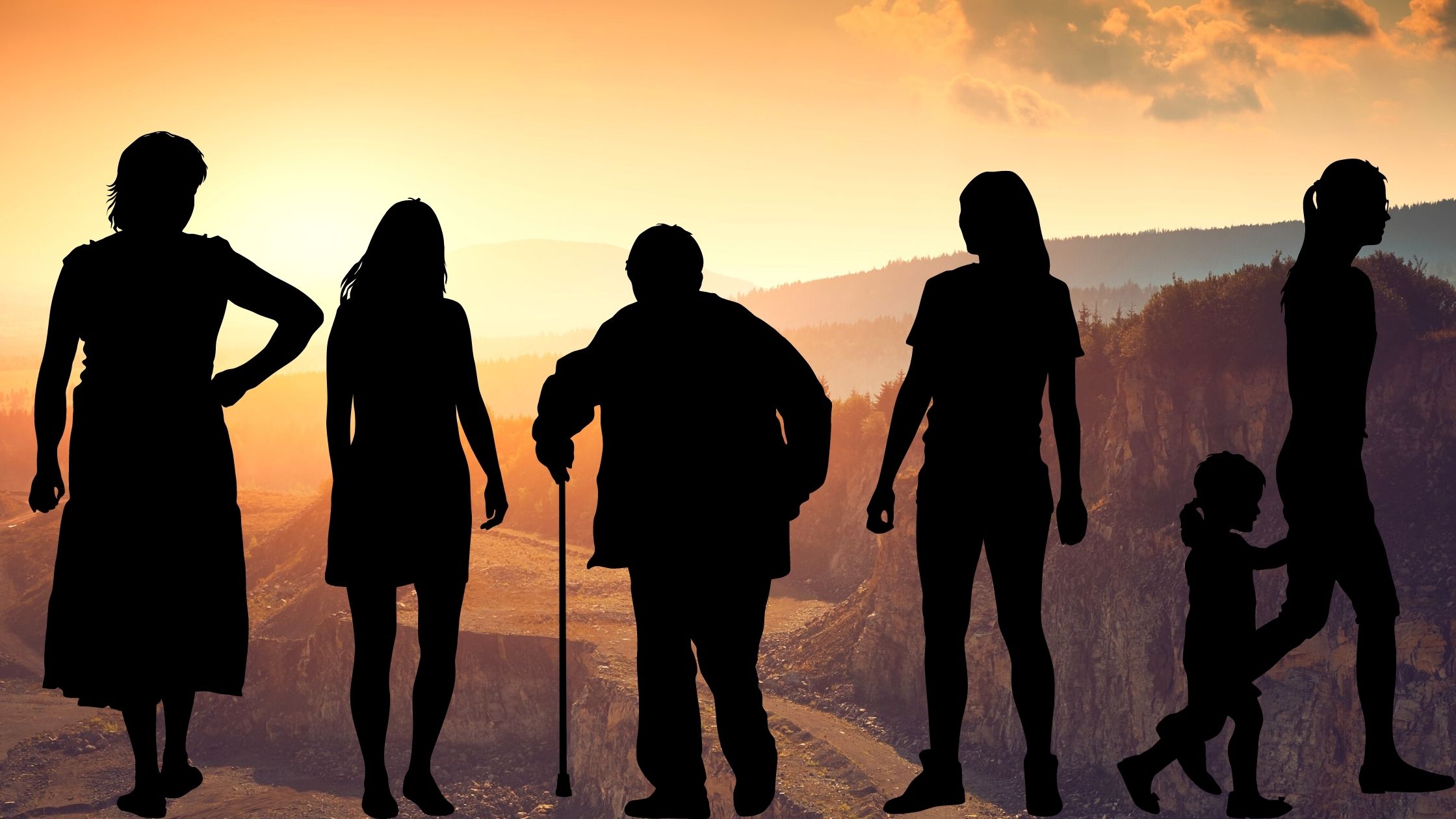 When Parliament enacted the Impact Assessment Act (IAA) in 2019, it introduced a requirement to consider “the intersection of sex and gender with other identity factors” in federal impact assessments (section 22(1)(s)), otherwise known as the gender-based analysis-plus (GBA+) provision.

At the time, that section led to much head-scratching, as well as reminders that we do still live in a systemically sexist society (dear Financial Post: protecting women and vulnerable communities from the harms of resource extraction is not goofy).

Probably the grossest display was by Senator David Tkachuk, who when debating Bill C-69 (which included the IAA), berated Senator Mary Jane McCallum, an Indigenous woman, for providing testimony of sexual violence towards Indigenous women by construction workers, calling her remarks “shameful.” He suggested instead that the real threat wasn’t to the health and safety of women in communities near resource development – no, the real threat to women, according to Senator Tkachuk, was that if projects don’t proceed and women’s husbands can’t get jobs, then those women can’t buy their children clothes with the money their husbands send home.

Despite excellent efforts to dispel myths respecting GBA+ in impact assessment (IA) – including here and here – the head scratching has persisted. Most recently, judges and lawyers expressed similar bemusement (at times bordering on derision) about the provision during the Alberta Court of Appeal hearing on the constitutionality of the IAA.

The question of “why GBA+, and why in IA” is linked to the issue of what is reasonable for decision-makers to consider when deciding whether to approve environmental harms (see our companion blog on the IAA reference hearing for more on that point).

The Impact Assessment Agency of Canada has put together a GBA+ factsheet and GBA+ guidance for IA practitioners, the public and communities, and there is ample research on intragenerational inequities of natural resource and other development in Canada, including two excellent recent knowledge synthesis reports on improving GBA+ tools (see here and here).

This blog aims to draw from that excellent body of work to help Canadians understand why GBA+ is important, by providing concrete examples of how projects benefit and impact people differently, along gender, racial, age and other lines.

It is time we moved past outrage at the notion of insulting hard-working Canadians and acknowledge the reality that violence towards women exists, and that risk of such violence increases with sudden large influxes of (mostly male) workforces in or near communities. Consciously or not, waving the insult-to-working-men flag is a diversion tactic, and maintaining the status quo means accepting rather than preventing violence towards women.

As Senator McCallum testified – and as documented by the National Inquiry into Missing and Murdered Indigenous Women and Girls, Northern Health and the Provincial Health Services Authority of BC, the Manitoba Clean Environment Commission, the Firelight Group with Lake Babine Nation and Nak’azdli Whut’en, the Women’s Earth Alliance and Native Youth Sexual Health Network, and many, many more – Indigenous women, girls and two-spirited people face increased sexual and domestic violence connected to industrial and natural resource development.

To deny that fact is to perpetuate it.

The “goofy” requirement to consider GBA+ in IAs is in fact an important opportunity to address these risks and avoid them, for example by siting work camps away from communities and providing greater flexibility in rotational shift scheduling.

Housing and cost of living

If proponents do not provide worker housing (such as in camps), sudden population influxes can place considerable strain on housing availability, leading to rising housing costs. Housing shortages disproportionately impact women, and those impacts are compounded by other identity factors such as Indigeneity, racialization, dis/ability and so on.

Additionally, housing insecurity exacerbates other risks, such as risk of violence and mental and physical health impacts. The intersectional lens that is inherent to GBA+ means that IA should look not only to the intersection of multiple aspects of identity, but also to how effects and inequities interact.

Of course, solutions may need to be more nuanced than simply housing workers in a camp: as the Firelight report notes, some of those workers may be Indigenous peoples returning to their communities. IAs must consider all those angles, and identify solutions that will work best for the communities impacted in the particular circumstances.

There are multiple sources of potential impacts on health that might disproportionately impact women, and do so along other identity lines. Northern Health has identified fifteen key social determinants of health (SDOHs) that can be impacted by natural resource extraction and development in northern and rural communities, including food security, pressure on health care systems, social relationships, mental health, sexual health (along with sex work and sex trafficking), and self-determination and self-governance.

For example, pollution, habitat loss and destruction resulting from industrial and natural resource projects may create barriers to hunting, fishing and harvesting, which can disproportionately impact Indigenous women. Additionally, influxes of workers strain health care facilities, and boom and bust cycles make it difficult to recruit and retain health care workers. Reduced access to health care services not only disproportionately impacts women, but Northern Health notes that it can also seriously impact the elderly.

Rotational shift work can lead to mental health issues such as stress and loneliness for family members on both sides of the equation: workers may struggle with being separated from family and friends for weeks at a time, while partners and spouses bear the burden of single-parenting and maintaining households while often being prevented from pursuing career opportunities of their own due to having to shoulder those domestic responsibilities.

In-migration related to industry projects can increase the number of individuals that are drawn into sex work in small communities near mines, pipelines and other developments... Sex work has been associated with a number of health and safety risks, such as increased rates of STIs and violence. For example, sex workers experience some of the poorest health outcomes and the highest rate of being victims of violence and homicide in the country.

Yes, jobs. In addition to the number of jobs a project may provide, IA should look at who those jobs might go to, and barriers to diverse and underrepresented populations’ ability to access those jobs. For example, lack of childcare, absence of safe and secure facilities such as change rooms, showers and toilets, and workplace culture may prevent women or non-binary workers from obtaining or remaining in industrial and natural resource jobs. Assessments should also look at the quality of jobs and their salaries, and their dissemination along gender and other identity lines.

But the economic implications of natural resource and other projects is about much more than just jobs. For example, the Manitoba Commission found that cumulative changes to the physical environment due to hydroelectric development in northern Manitoba dramatically transformed Indigenous communities’ economies away from being self-supporting to dependent on transfer payments. Boom and bust cycles and rapidly-changing socio-economic roles and dynamics also disproportionately affect women in ways that are compounded by Indigeneity and other identity factors.

As noted above, mothers who have to stay at home while their spouses are away on rotational shift work are at heightened risk of economic dependency on their spouses due to the greater barriers they face to pursuing employment and careers as they single-parent children. So no, Senator Tkachuk, it may not be a good thing for women to stay home while their menfolk send them money – for some, that situation may actually be a roadblock to their economic security.

The list of gendered and other identity impacts goes on, and are too numerous to document here. However, it is also important to note that there are tools for reducing or avoiding many of these risks. Yes, seismic shifts are needed, particularly with respect to decolonization and recognizing and upholding Indigenous decision-making jurisdiction. But where Indigenous authorities consent to projects and non-Indigenous communities show their support, GBA+ in IA can not only identify the risks to women, girls and other marginalized communities, it can also identify the solutions.

For example, an IA might result in federal, provincial, Indigenous and local health authorities co-establishing a plan for ensuring that local health services are adequately resourced and able to address anticipated health needs, including resourcing for mental health and addictions services.

Indigenous authorities and groups must have funding to engage in every stage of federal IAs and post-decision follow-up and monitoring, as well as long-term capacity funding. Engagement must be designed with a GBA+ lens in order to include diverse populations and overcome barriers to participation.

Proponents should be required to ensure or fund housing for workers and any families and additional service workers that migrate to project areas. Alternatives can be explored, such as fly-in camps versus creating new roads, so as to best protect and provide for the needs of vulnerable populations.

As with intersectional impacts, the list of possible solutions is far too long to document in this blog. But those solutions are far less likely to be identified if decision-makers blinker themselves against the gendered impacts of natural resource and other industrial projects and activities. With luck, GBA+ will cease to be a lightning rod and begin to be viewed as the common-sense consideration that it is.