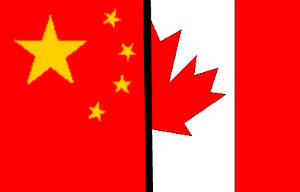 First Nations in BC are playing a national leadership role in pushing back against the controversial Canada China Foreign Investment Promotion and Protection Agreement (FIPPA), and are hooking up with some non-Aboriginal allies in that fight.  We’ve just received a press release issued today by the Union of BC Indian Chiefs (UBCIC), the Hupacasath First Nation, as well as Leadnow.ca and the Council of Canadians headlined: “First Nations Demand Harper Government Honour Constitutional Duty to Consult Regarding the Canada China FIPPA.”

Over a month ago we wrote a post asking whether the Canadian government had a legal obligation to consult with Canada’s First Nations.  We can also now reveal that we’ve provided funding through our Environmental Dispute Resolution Fund (EDRF) to a BC First Nation to examine their legal options should they not be meaningfully consulted before FIPPA is ratified.

The UBCIC release confirms that many First Nations are examining their options.  Grand Chief Stewart Phillip, President of the UBCIC, states:

The UBCIC calls on the Harper Government to ensure that Canada fulfills its duty to consult and accommodate First Nations on FIPPA consistent with the principles of Free, Prior and Informed Consent as identified in Article 19 of the United Nations Declaration on the Rights of Indigenous Peoples. Any further effort to ratify this agreement will adversely impact our inherent rights and territories forcing First Nations to take immediate legal action.

First Nations expect the Stephen Harper Federal government to inform First Nations immediately if they take the position that they are not required to consult with First Nations prior to the final steps that will bring the FIPPA into force so that we can seek the assistance of the Court.  Any effort to ratify the FIPPA in a hasty manner that violates the government’s duty to meaningfully consult and accommodate would taint the honour of the Crown.

The “honour of the Crown” that Councillor Sayers is referring to is an important legal concept about the high level of integrity with which Canada’s governments need to engage with First Nations, and their constitutional duty to do so.

We strongly support the right of First Nations to be consulted on FIPPA and other agreements which may negatively impact on their Rights and Title.

We’re also glad to see the Council of Canadians and LeadNow.ca publicly pressing the Canadian government to meet its obligations to Canada’s First Nations.  This is just the latest example of First Nations and settler Canadians working together to protect our future and our environment (the fight against tar sands pipelines and tankers in BC is another great example).  It’s a very encouraging trend, and one in which West Coast Environmental Law has been, and will continue to be, an active participant.

We agree with Council of Canadians Chairperson, Maude Barlow, that:

The Federal Government has not acted with due diligence and have clearly not fulfilled constitutional obligations they have to either the First Nations or the Provinces.  These obligations must be met before even considering the ratification of something that will give 31 year access to the resources in a way that could undermine Indigenous rights and the environment.

These types of alliances – with all Canadians insisting on the fair treatment of First Nations – need to grow – both in relation to this issue and generally.

… it seems relevant to note, before closing, that there is a current example of what FIPPA might mean on the ground unfolding in BC right now.  HD Mining International, owned by the Chinese Huiyong Holding Group, has signaled that it may sue the Canadian government for comments made about its use of Chinese workers.  The company has previously indicated that if court actions halt its use of the workers, it may cost the company millions of dollars.

The current threat of litigation is taking place under Canadian law.  However, it is worth asking whether, if Canada ratifies FIPPA, similar future disputes might be carried out through arbitration with China, and in international processes outside of the Canadian court system.