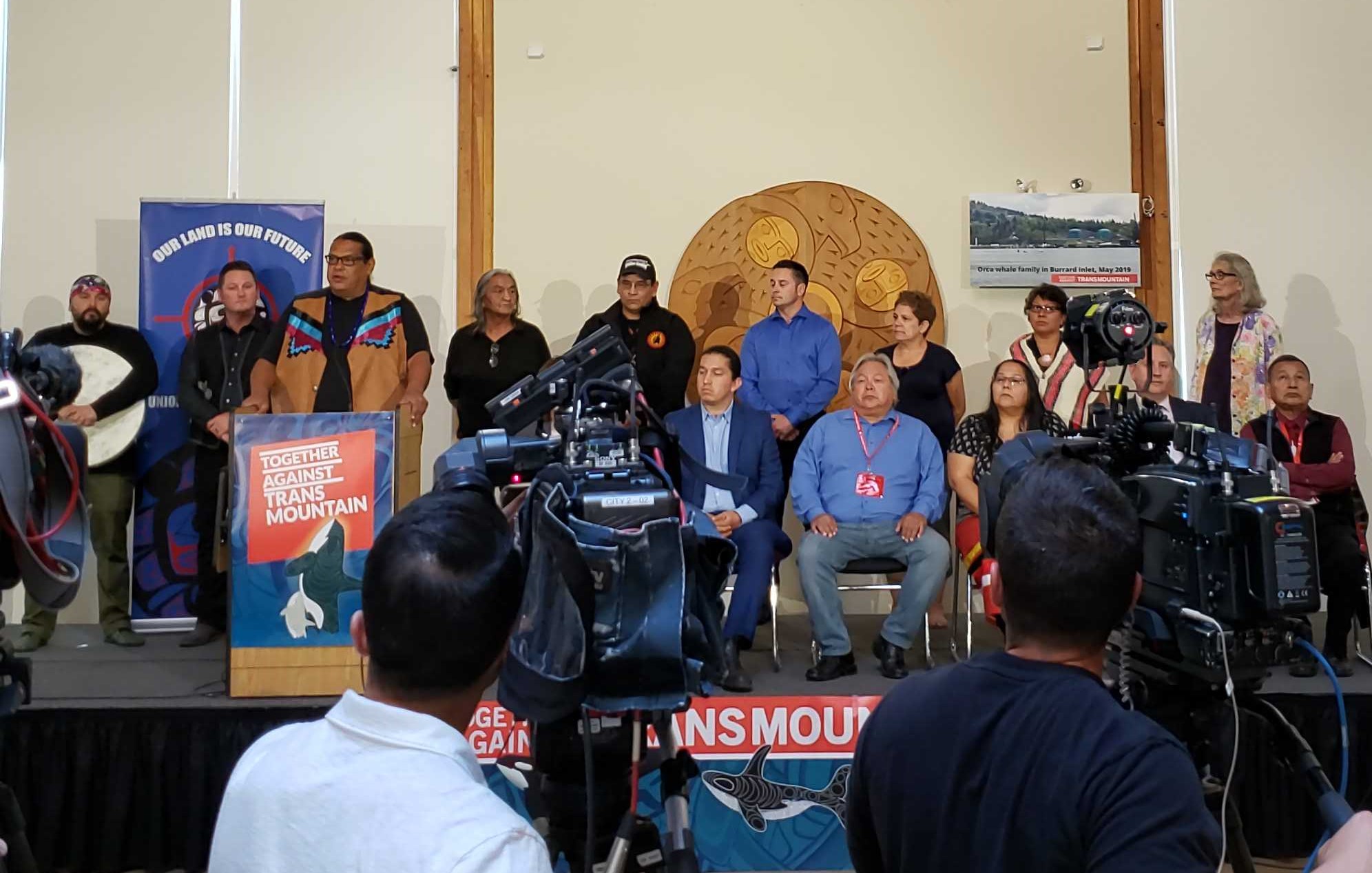 The latest cabinet approval of the Trans Mountain pipeline came less than a day after the federal government declared a climate emergency. While the irony was a dream for satirists, it wasn’t the biggest contradiction of the day. Instead, it was Prime Minister Justin Trudeau’s bizarre definition of free, prior, and informed consent (FPIC) with regard to projects that will impact Indigenous land and rights:

“[FPIC] is what we engaged in doing with Indigenous communities over the past number of months. It is engaging, looking with them, listening to the issues they have and responding meaningfully to the concerns they have wherever possible.”

By Trudeau’s definition, consent is: listening to issues, responding to concerns wherever possible, and then forging ahead. As Indigenous lawyer and scholar Pam Palmater pointed out, imagine if that definition of consent was applied in the context of sexual relations?

The prime minister’s comments largely went unnoticed in the mainstream media, but his government’s skewed understanding of FPIC and half-hearted attempts at consultations with Indigenous communities remain the core reason it will be unable to move the project forward. Moreover, Ottawa’s purchase of the pipeline created an inherent conflict of interest as it purported to sit down for meaningful consultations.

“Listening to the issues”

So, what exactly was the government “engaged in doing” with Indigenous communities since last August, when the Federal Court of Appeal found that “Canada did not fulfil its duty to consult” on the pipeline and quashed the National Energy Board’s approval of it?

Many of the First Nations that had appealed to the court expressed their dissatisfaction with the renewed Stage III consultation process that the court had mandated.

The Squamish First Nation said it had been assured there were no time limits for the consultations, only to discover that cabinet did have an end date in mind. Khelsilem, a Squamish Nation spokesperson, told a news conference that they had been sent documents for feedback after May 22, the federal government’s self-imposed deadline for comments.

“What we experienced was a shallow attempt at consultation that resulted in a failure to address our concerns,” said Khelsilem. “The failure to meaningfully engage with rights holders means this government is either not serious about building this pipeline or not serious about respecting Indigenous rights.”

Chief Lee Spahan of Coldwater Indian Band said, “The meaningful dialogue that was supposed to happen never happened.” A study of the community’s aquifer had not yet occurred, and an existing pipeline spill has yet to be remediated.

Chief Leah George-Wilson of the Tsleil-Waututh Nation said that consultation once again fell well below the mark set by the Supreme Court of Canada in a number of key decisions, including Tsilhqot’in. This constitutional obligation of the Crown’s was re-emphasized in the Federal Court of Appeal ruling. George-Wilson also noted that the federal government was in a conflict of interest – that its multiple hats as proponent, decision-maker, enforcer of laws and fiduciary to First Nations and all Canadians made it impossible to make an open-minded, unbiased decision.

These issues of bias and conflict of interest could play a role in the forthcoming legal challenges. From an administrative law standpoint, a reasonable apprehension of bias or the actual bias of the decision-makers raise questions of procedural fairness in the approval of the pipeline expansion. Trying to sell the $4.5 billion-pipeline to the private sector without an approval for its expansion would result in significant financial loss for the federal government. In other words, the approval of the pipeline results in a direct financial benefit for the people who made the decision.

Beyond that, the bias and conflict-of-interest issues also relate to Indigenous consultation. Did cabinet enter into those discussions with Indigenous communities with an open mind? Was a “no” ever a plausible outcome when the starting point was to consult and “when possible offer reasonable accommodation”? What of the prime minister himself saying, “We are determined to see that pipeline built”?

In the Gitxaala decision (the case that stopped Enbridge’s Northern Gateway project), some First Nations argued that the decision on that project was pre-judged, in part due to former Natural Resource Minister Joe Oliver’s comment that the project was in the national interest. While the court found that a single statement was insufficient to establish bias, the judgment notes that Oliver’s comment was of concern.

Taken together, the concerns expressed by First Nations about consultation, consent, bias and conflict of interest represent serious legal risk and uncertainty for the project moving forward. We don’t know yet how many First Nations will appeal the decision, or the grounds on which they will appeal. But we do know that Trans Mountain’s legal troubles are far from over.

Trudeau’s impoverished views of consultation and consent suggest that Canada was once again aiming for the minimum when it engaged with First Nations.

While the paradox of approving an oil pipeline less than a day after declaring a climate emergency got most of the attention (and deservedly so), there are more troubling contradictions that might have a more significant impact when the courts are asked to rule on the constitutionality of the approval.