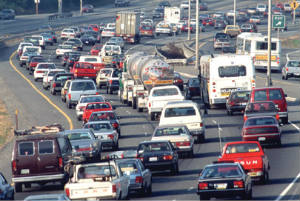 West Coast Environmental Law recently submitted our recommendations on improving BC’s carbon tax to the BC Carbon Tax Review Committee, including recommendations to make the application of the tax more comprehensive, and on October 18th I’ll be making a similar presentation to the BC Budget Consultations in Victoria.

We are encouraged by Environment Minister Terry Lake’s promise, delivered via Twitter, that:

It’s an important commitment that we’ll hold the Environment Minister to, but we’re hopeful that he and the provincial government will go further and take this opportunity to make the carbon tax even more effective by expanding its scope

and maintaining its gradual increase of the price of carbon in BC.  We hope that the NDP and other parties will commit publicly to a similar position.

No evidence presented for BCJIB’s recommendations

However, the BC Jobs and Investment Board (BCJIB) disagrees, and, in an “interim report” recommended scrapping the tax.   The BCJIB was set up by the government last February, appointing industry and (to a lesser extent) labour and First Nations representatives to propose recommendations on how to build job growth in the province.  According to the BCJIB, axeing, or at least modifying the carbon tax would increase jobs in the transportation and natural gas industries: “based on the Carbon tax’s fiscal impacts to the sector’s competitiveness.”  The media coverage of the interim report emphasized this recommendation.

So what is the evidence to support the BCJIB’s conclusion that the carbon tax is standing in the way of job growth in BC?

Actually, there’s no discussion or analysis in the interim report to back up this recommendation (the words “climate change” or “global warming” do not appear in the report, and “carbon tax” appears only in the recommendations), leaving us to guess as to the basis for the recommendations. As we have written previously, claims that environmental laws are a barrier to jobs are generally not supported by the evidence.

In fact, here’s a couple of recent studies that provide evidence contrary to the BCJIB’s recommendations:

First, hard data is necessary to prove that an industry is actually vulnerable.  Simply claiming hardship shouldn’t have been enough to get the greenhouse industry an exemption from the carbon tax, and it shouldn’t get the natural gas or transportation industries an exemption either.

As Sustainable Prosperity points out:

Despite the prominence of this concern in public debate, only a very small percent of industries are vulnerable (1-3 % in countries such as the UK, US, Germany).  To be vulnerable, a sector must combine the following properties (the first two properties can be assessed using precise criteria, such as those proposed in recent US draft climate legislation):

So the final BCJIB report should crunch the numbers, provide analysis and demonstrate how BC’s gas and transportation sectors is affected by the carbon tax if it wants its recommendations to have any credibility.

But even if an industry is vulnerable, there are policy options available to provide incentives for greenhouse gas reductions within that industry that soften the impact of a carbon price and  help support more resilient growth. In our submissions to the BC Carbon Tax Review we suggested that the government look at a “fee-bate” model – where carbon tax revenues are returned to a truly vulnerable industry, but on the basis of their actual level of production – so that the most energy efficient operators (who produce a lot, but produce less emissions) are rewarded and the least efficient are penalized:

In essence, a fee-bate is intended to be largely revenue neutral, and to return fees (or in this case the carbon tax) to the affected industry, but does so on the basis of production, or some equivalent measure that can be decoupled from fossil fuel use/emissions. Since every operation pays on the basis of emissions, but receives a rebate on another basis, operations will be rewarded - or not - based upon their relative efficiency.

To take the example of BC’s greenhouse industry – individual operators would pay a carbon tax reflecting their emissions, but would receive a rebate based upon the amount of crop produced, the area of their greenhouses or some other measure of their relative contribution/production. As a result, greenhouses that were better insulated, or which had installed other energy efficiency measures, would pay less than they received back as a rebate, while less efficient operators would pay more relative to their rebate.

A vulnerable industry is not a reason to scrap the tax.  It’s a reason to fashion a protection for the industry that still gives operators a powerful incentive to increase their energy efficiency.

BC’s carbon tax has proved itself.  It’s not without its faults, but these can be fixed.  BC has shown climate leadership in adopting the tax, but we can’t stop here.  Using the tax to further recognize the true price of carbon can help us move to a sustainable economy – one that creates jobs without relying on major carbon emissions.