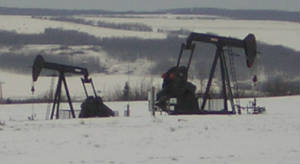 It’s too bad that the English language media did not take note of an important article that appeared in Quebec’s La Presse at the end of March. The article – Oil industry and Conservatives: more than 1100 meetings in three years – demonstrated that oil industry lobbyists get about 30 times more meetings with government ministers than environmental organizations working on oil issues do. We like to think that this type of inequality helps explain the importance of supporting organizations like West Coast that are advocating for the public interest.

Here’s a link to the original article in French, and here’s a translation of some of the relevant passages.

Oil industry and conservatives: more than 1100 meetings in three years

Exhaustive research carried out by La Presse at the Office of the Commissioner of Lobbying of Canada revealed that between July 2008 and on December 31, 2010, 20 companies or organizations linked to the oil industry obtained 229 direct meetings with Conservative ministers.

If one adds the Chiefs of Staff, Conservative MPs, advisers to the Ministers or the Prime Minister's Office, deputy ministers and presidents of government bodies, this is over 1100 meetings held between the Harper Government and the oil industry in 30 months. …

In comparison, La Presse conducted the same analysis at the Office of the Commissioner of Lobbying for five of the main Canadian environmental organizations for the same period of time. Only the Pembina Institute obtained meetings with Conservative ministers: 7 times in 30 months, with [then Environment] minister Prentice (5 meetings), the minister [of Natural Resources] Christian Paradis … and Minister John Baird, during the short time when he was a transitional Environment Minister before the nomination of the new minister of environment, Peter Kent.

The Pembina Institute, as well as the Équiterre organization, however obtained several meetings with the Opposition, records show.
This is not surprising, according to the Executive Director of the Pembina Institute, Ed Whittingham. "It's such a big industry with lots of money. They have ready access to politicians,” said Mr. Whittingham. “Obviously this has an influence; otherwise companies would not spend so much money on lobbying activities."

This article demonstrates both the value of a transparent lobbyists registry – this type of important analysis would not be possible without it. But it also demonstrates the huge inequalities between groups representing the public interest and business interests.