The environment needs your voice for 2 important public consultations 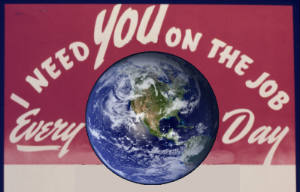 Public participation in the BC government’s recent public consultations on cosmetic pesticides exceeded all expectations, with an all-time record 8,700 people telling the Legislative Committee what they thought (not counting specific organizations, such as West Coast Environmental Law, who were formally invited to testify).  That level of public engagement shows that democracy is alive and well in BC.

Whether you were one of the thousands of people who made their views known or not, why not raise your voice for the environment in one of the other

The BC Government is proposing a sweeping new policy, known as the “Environmental Mitigation Policy”.  The basic idea is that whenever government decision-makers are considering an environmentally harmful project, they should think about requiring the developer to consider measures to eliminate or reduce (mitigate) the environmental impacts, and/or to “offset” that loss by replacing the environmental features damaged by the project.

It’s important to recognize that there is very little guidance given to government decision-makers at present about how to address environmental values.  So even though this policy (as drafted) is not as strong (or legally enforceable) as we would like, this type of policy would probably – simply by its existence - represent an improvement.  It’s also important to know that we understand that various industrial players are opposed to this policy, precisely because it would put in place new requirements for environmental protection for development.

But the environmental community has also been skeptical of proposals which allow environmental harm to be “offset” by environmental benefits elsewhere.  Here’s what we (along with several other environmental organizations) said about the idea last year, when the BC government first raised it:

While avoidance, and where that is not possible, mitigation of environmental harm is always desirable, our groups have not widely endorsed the concept of environmental offsets. The idea that environmental destruction can be put right in one place by improving environmental features elsewhere is troubling for many of us. … We know too well the difficulties of creating real offsets that will result in actual reductions and not be subsequently reversed. …

In particular, there is a bias in designing offsets towards over-simplification, since modeling complex ecosystems is both expensive and time-consuming. This, combined with the sheer difficulty of replacing ecosystem features and some features that are irreplaceable and should never be subject to offsets, means that it is common for offset based systems to fail to meet the goal of no-net loss. … In our view, offsets should be the exception rather than the rule under the Policy and should form a relatively small portion of the over-all approvals under the Policy.

We’re still analyzing this new version of the policy, and we’ll post our full analysis when we’re done.  In the meantime, let us know what you think in the comments section below.  Or, better yet, go to the Ministry of Environment’s website and let them know what you think.  Comments on the draft policy will accepted until February 29, 2012.

Meanwhile, the Ministry of Energy and Mines is asking British Columbians what they think of a new way of funding energy retrofits for residential houses.  Possibly intended to replace the popular, but underfunded, LiveSmartBC Efficiency Incentive Program, the Pay As You Save program would essentially allow home owners to borrow money to put in place energy-saving retrofits, but to pay back the loan from the resulting energy savings.  As the PAYS-BC Discussion paper explains:

Pay-as-you-save (PAYS) is a financing model that allows home or building owners to undertake energy efficiency or renewable energy retrofits with no upfront payment, and to pay the costs over time on their utility bill.  Payment responsibility can be transferred to new building occupants or owners when the first borrower moves away.  This approach unlocks energy efficiency savings for consumers – enabling ongoing energy savings for families who may not be able to afford the upfront costs for energy efficiency retrofits.

This new financing model, also known as On-Bill Financing, was made possible by recent amendments to the Clean Energy Act.  At the time, we gave this legal change a thumbs up, as did our friends at the Pembina Institute.

Breaking:As we finalized this post, I received word that the province is also holding consultations on the Agricultural Waste Control Regulation– the law governing how farms store manure and deal with other wastes.  Haven’t even had a chance to look at this one yet, but the deadline for public comments is March 31st.

If you have a perspective on any of these new policies or regulations, now’s a great time to speak up and get your voice heard.

Image adapted from US war poster & NASA photo of the earth, both retrieved from wikimedia commons.